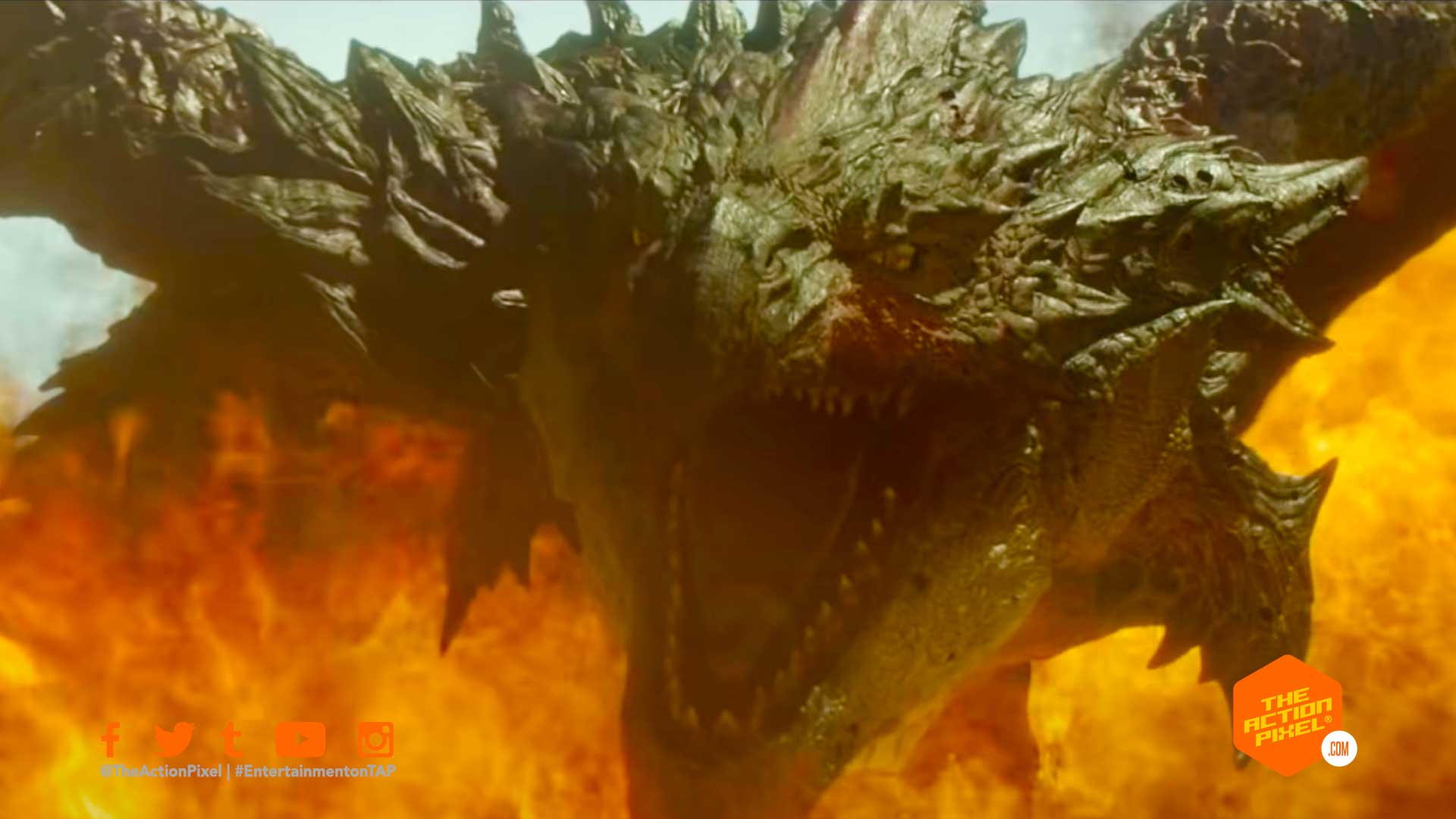 Milla Jovovich and Tony Jaa bring the lead and bone to the official trailer for the Monster Hunter movie – based on the classic video games series from the Capcom camp.

A group of soldiers go out in search of their lost team of comrades only to my violently whisked away to a new, foreign land inhabited by gargantuan monsters that are as brutal as they are ugly.

And this here trailer goes to prove there is a strong positive correlation between what is an apex predator and the amount of pointy points that exist on the hard exo-skeletal shell.

Did you see that? 🤯 Watch the trailer for #MonsterHunterMovie, based on the worldwide phenomenon. In theaters December. 💥

Behind our world, there is another: a world of dangerous and powerful monsters that rule their domain with deadly ferocity. When an unexpected sandstorm transports Captain Artemis (Milla Jovovich) and her unit (TI Harris, Meagan Good, Diego Boneta) to a new world, the soldiers are shocked to discover that this hostile and unknown environment is home to enormous and terrifying monsters immune to their firepower. In their desperate battle for survival, the unit encounters the mysterious Hunter (Tony Jaa), whose unique skills allow him to stay one step ahead of the powerful creatures. As Artemis and Hunter slowly build trust, she discovers that he is part of a team led by the Admiral (Ron Perlman). Facing a danger so great it could threaten to destroy their world, the brave warriors combine their unique abilities to band together for the ultimate showdown. Based on the global video game series phenomenon MONSTER HUNTER.

Watch the Monster Hunter official trailer in the player below:

“The Empty Man” trailer is out. But is Disney doing its most to kill the BOOM! Studios comic book horror movie?