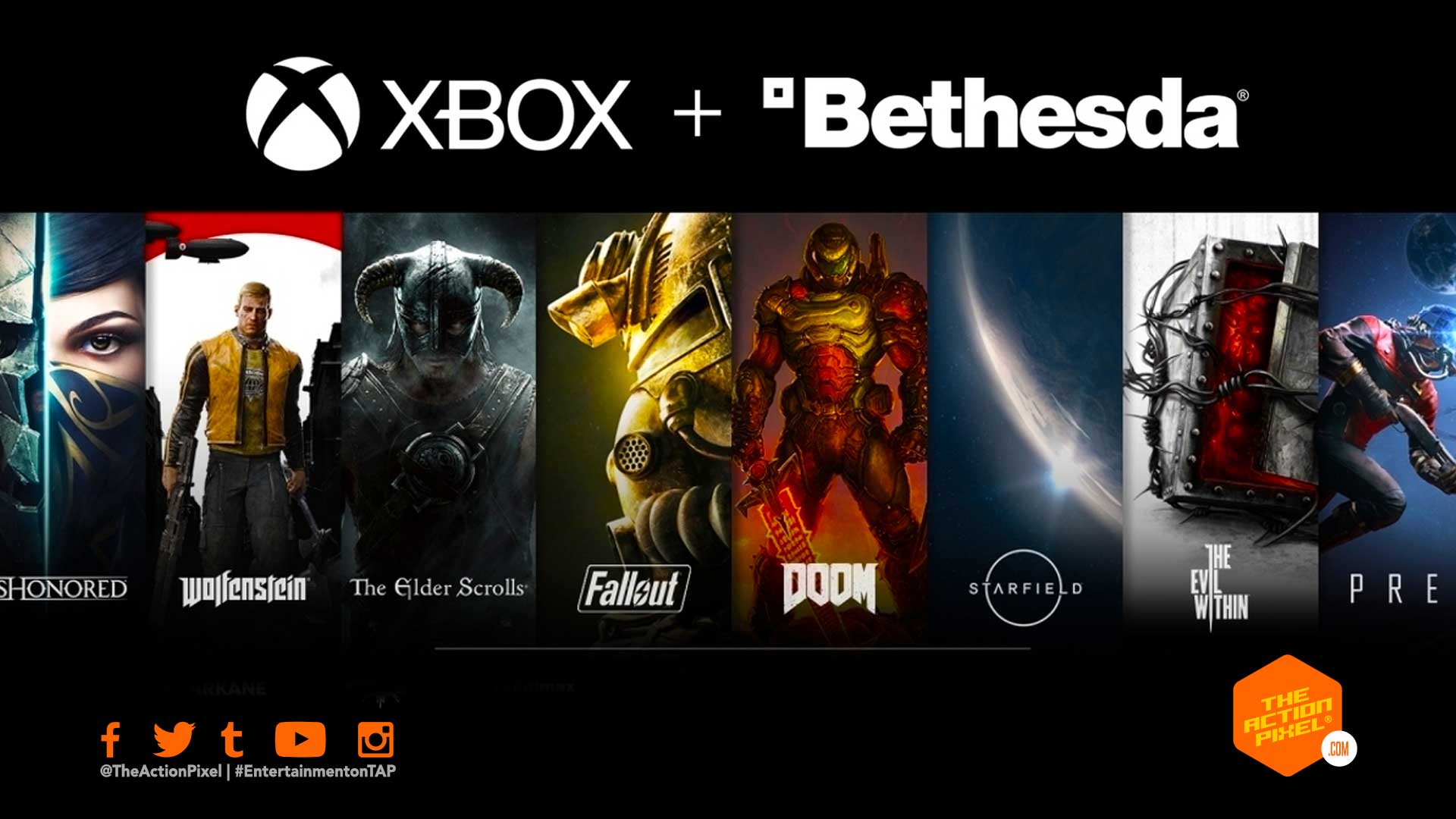 When it comes to the Microsoft, their fleet of Xbox nex-gen consoles Series X, and Series S, may have been considered quite the stroke of genius in recent weeks. However, this seems to be not the only power move available in Microsoft’s arsenal. The tech giant has seemingly been in the acquisition game. And it is in the game developer department. So all fans of Fallout may be getting XP interfaces next time they try their hand at hacking.

Of course ,we kid, but what is no laughing matter is that it has been reported Microsoft has acquired game developer ZeniMax Media/Bethesda.

Aside from the obvious extensive IP franchises in the Bethesda roster, what also proved to be most impressive was the price tag of Microsoft’s little purchase. Bethesda was acquired for a tidy, little sum of $7.5 billion.

The parties involved in the acquisition released a statement of the phenomenal transaction:

As one of the largest, most critically acclaimed, privately held game developers and publishers in the world, Bethesda is an incredibly talented group of 2,300 people worldwide who make up some of the most accomplished creative studios in our industry … Bethesda’s games have always had a special place on Xbox and in the hearts of millions of gamers around the world. Our teams have a close and storied history working together, from the amazing first DOOM, and its id Tech engine, innovating games on PCs to Bethesda bringing their first console game to the original Xbox, the groundbreaking The Elder Scrolls III: Morrowind. Over the years I’ve had many deep conversations with the creative leaders at Bethesda on the future of gaming and we’ve long shared similar visions for the opportunities for creators and their games to reach more players in more ways.

What this means exactly for the future of the games under Bethesda is anyone’s guess, but exclusivity may be a dirty game tactic Microsoft employs to draw more people from Playstation 5 to Xbox One, using popular Bethesda-birthed IP as bait. Fallout, The Elder Scrolls, Doom, Wolfenstein, Dishonored, and much, much more.

Xbox and Bethesda – a new nexus in the exclusivity wars?

“Hogwarts Legacy” announcement invites you to make your magical mark