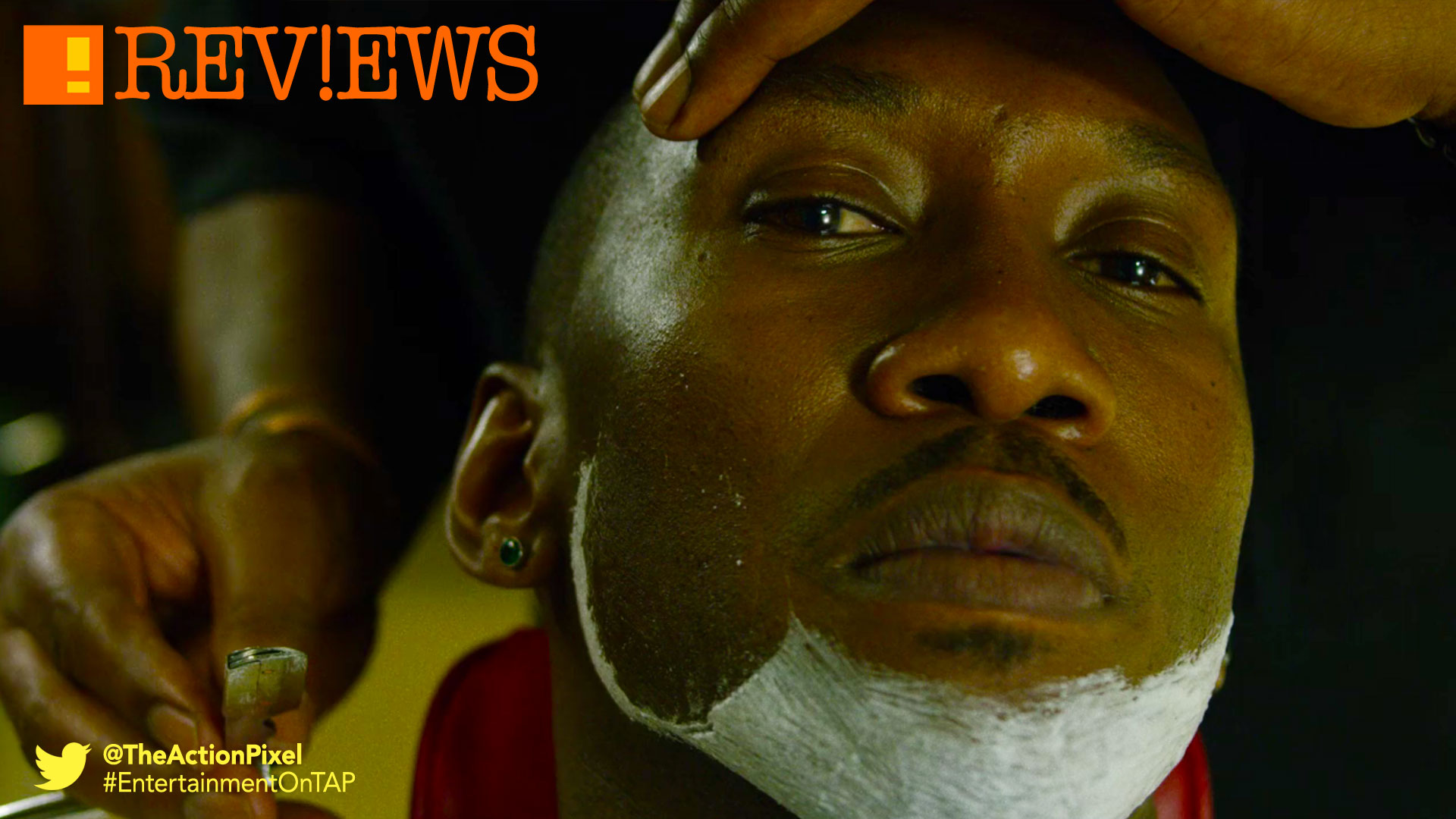 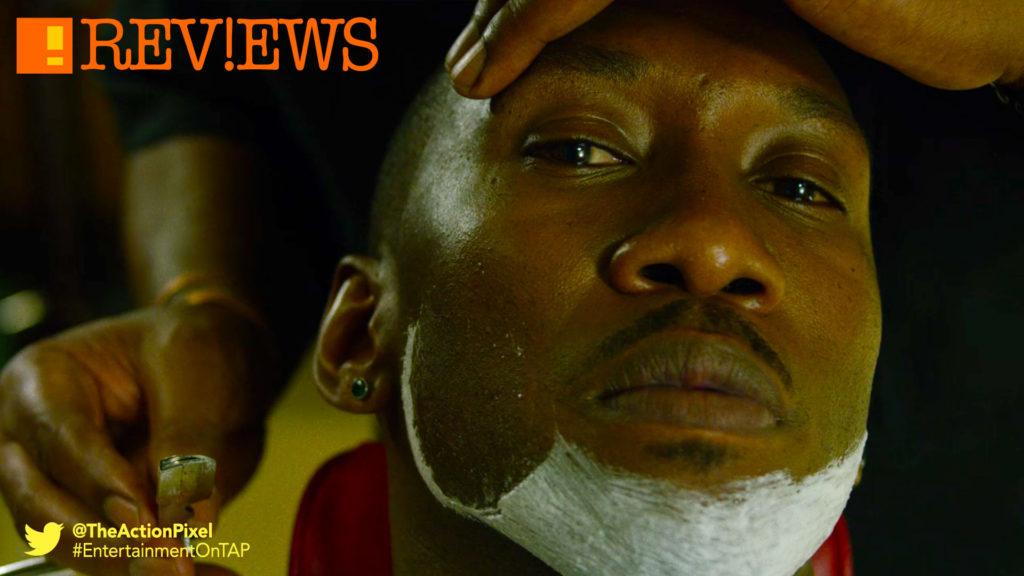 Cottonmouth is on the hunt for the remainder of his stolen money from the going-ons in Episode 1. And with the only person left alive from the heist being Chico, a manhunt is on that places Luke Cage square in the middle in an attempt to stop more bloodshed. But things don’t go quite to plan. And this episode will certainly be the main propeller that will push a distant, apathetic Luke into action.

Luke Cage in the last episode has stepped in between his landlord and some thugs demanding contribution for Mariah Dillard’s campaign. So aggressive these ‘political’ types. Now he becomes defender of the proletariat. Well, not quite, as he doesn’t seem all the way committed as yet. Something else has to happen. And it does in “Code Of The Streets”.

We open up on the monolith that is Luke Cage, seemingly staking out a building. The headquarters of Mariah Dillard, when an all too familiar sound of clanking metal sounds behind him.

“What you doing here nigga”

“Young man. I’ve had a long day. I’m tired. But I am not tired enough to ever let nobody call me that word”

Luke Cage, at gun point stands before a building named after Crispus Attucks. The first man to die in the Boston Massacre of 1770. It is enough to cause a moment of pause. And what follows is testament to the harrowing things that are all too real in the inner cities across America and the world. A world that would make anyone tired. But like Attucks, Luke can no longer stay on the sidelines.

What follows is a beautiful sequence of Misty Knight piecing together the events of the botch hijacking of Cottonmouth’s botched gun deal. Not your typical ‘flashback’ type of edit; we see Mercedes enthralled in the centre of the intense shootout, complete with fluid camera movement and ending with here in her squad station looking at a billboard scattered with images of names and faces. And with Cottonmouth wanting the rest of his missing money and Luke Cage charged by Pop’s to do right by him, the hunt from all three sides is on for baby-faced Chico. 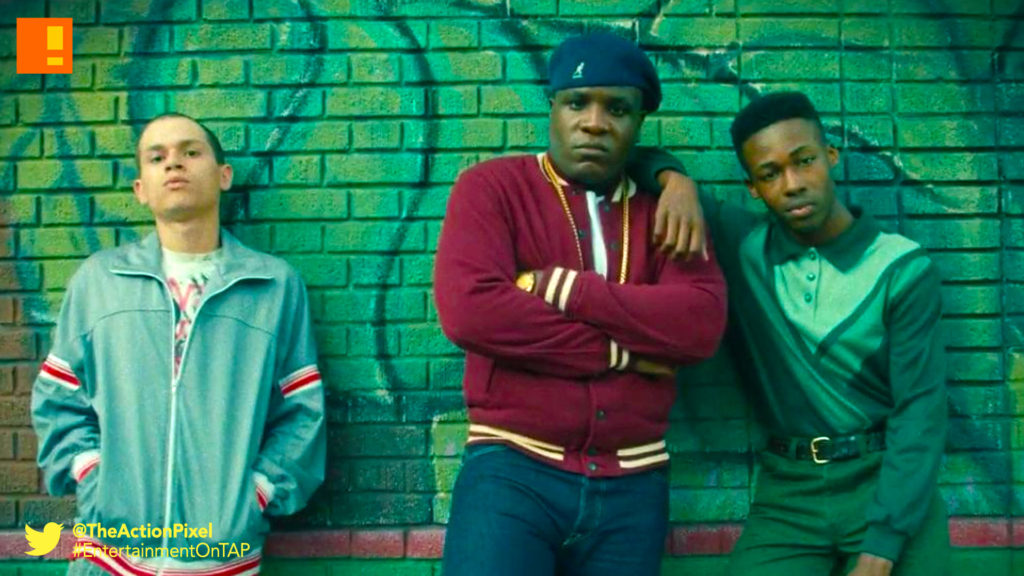 And this is how you create context. Donald Goines is a reknowned write which Pops respectfully refers to as a ‘street poet’. And that he was. Luke’s criticism of him spoke of how he wrote about criminals and died like one.

Beautifully said Pop’s. We see how as much Luke Cage is able bodied to take on the world and make it a better place, much of his outlook is everyone is responsible for themselves and the world around them. An idea that adventitious circumstance could put someone on the wrong track, or that a person is beyond redemption because of bad choices is a coping mechanism Cage defaults to.

But when Pop gives Luke the 411, about his past with Cottonmouth that was just as sanguine and violent, and the efforts Pop has made to write the wrongs and provide a safe haven for young men to escape a life on the streets, Luke slowly begins to learn the past should never be an anchor to progress. 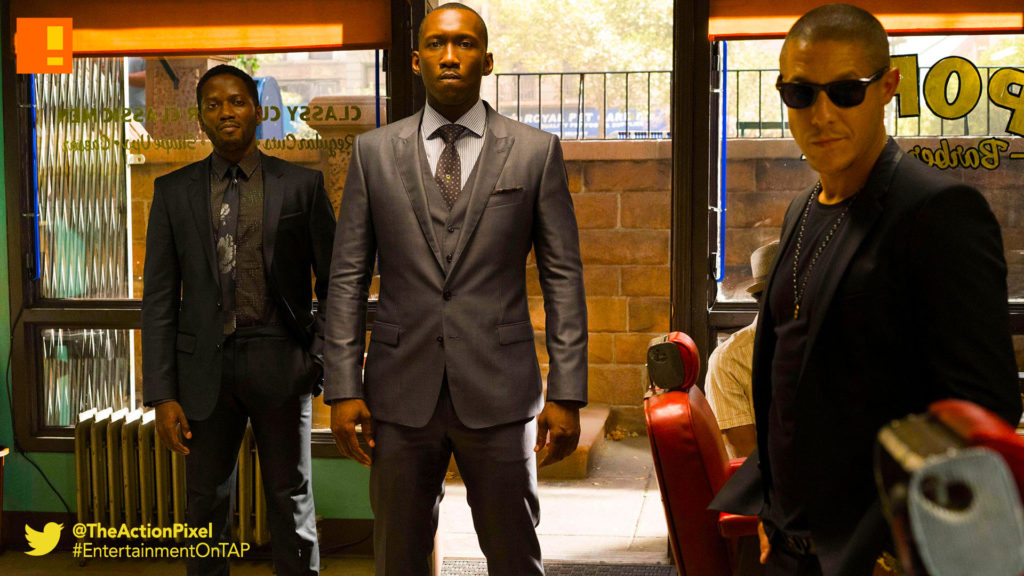 And as much of an old-timer Pop’s is, he knows what’s coming next. And he poetically likens the coming troubles to Harlem to the feeling of an approaching storm. People know Chico to have been working in Pop’s Barber Shop, and Cottonmouth was sure to come by looking for him. And without pause, who steps into the store other than Cottonmouth, with Shades. But we’re see a slightly different Cage. Mouse-ish as if trying not to get noticed by Shades. But calculating how long it would take to take out Cottonmouth and his goons. 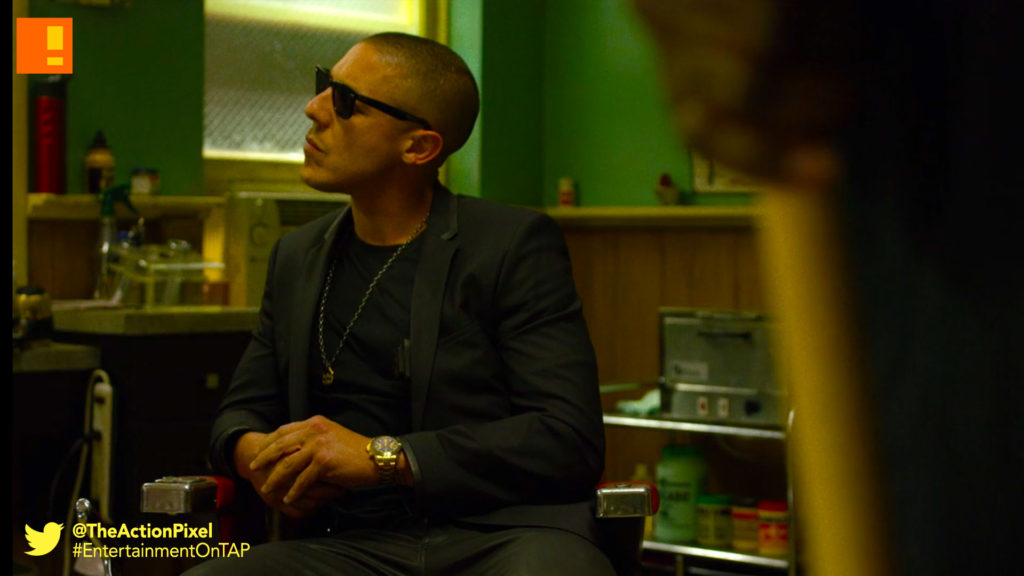 And in the ever-so-unsubtly-subtle manner, Shades asks for the whereabouts of Chico. Pop’s, not knowing of course, answers of such. And as the men leave Pop’s becomes worried for chico, spotting the bruises on Cottonmouth hands from him beating Shameek to death. He knows Chico is next, and pleads with Luke Cage to find him before Cottonmouth does. A request Cage at first refuses until Pop’s corners him into a moral corner, turning Cage’s ‘you make your own bed’ logic against him. 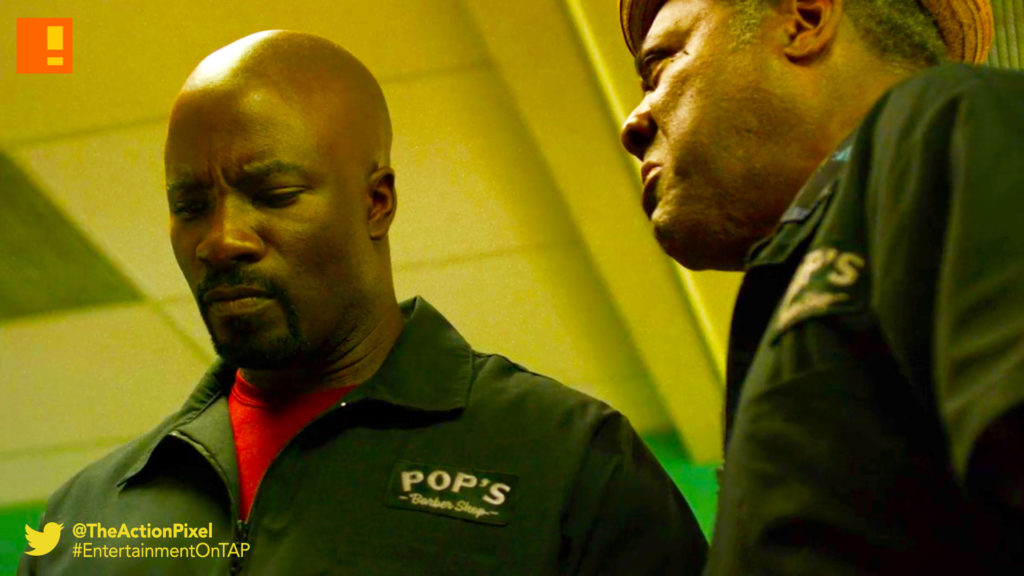 Cage goes head hunting and soon finds a distraught Chico with half a million in cash. Cage tries to convince him to come back to Pop’s. He doesn’t at first, but ends up at Pop’s Barber. But of course eyes and ears are everywhere and tuned and a familiar criminal element from Daredevil happens to see Chico- Turk. The guy who sees prison as a revolving door.

The police also drops by looking for Chico, now hidden in the back room of the Barber Shop. And Misty Knight, who gave Luke Cage a fake line about being an auditor during their seemingly one-night-stand has exposed herself as detective. She’s known to Pop’s but hardly misses a beat when she sees Luke. Of course Luke is no longer impressed.

Now Pop’s wants to ensure safe passage for Chico in return for giving Cottonmouth back his money, giving charge to Luke Cage to deliver the message in person at Cottonmouth’s club.

But when Cottonmouth’s right hand man hears from Turk where Chico is hiding, things get sticky. Cottonmouth tells his henchman to leave it as he made a promise for a meet and exchange at the Barber Shop, and only to take him out if Chico tried to flee.

But apparently this here henchman was all about making ‘executive decisions’ and goes in all John Woo with sub-machine guns decimating Pop’s barbershop. Luke Cage uses his body to shield a young boy (of the lawyer mom waiting to pass the bar) and tells the boy to play dead. But Pops and Chico certainly weren’t playing. 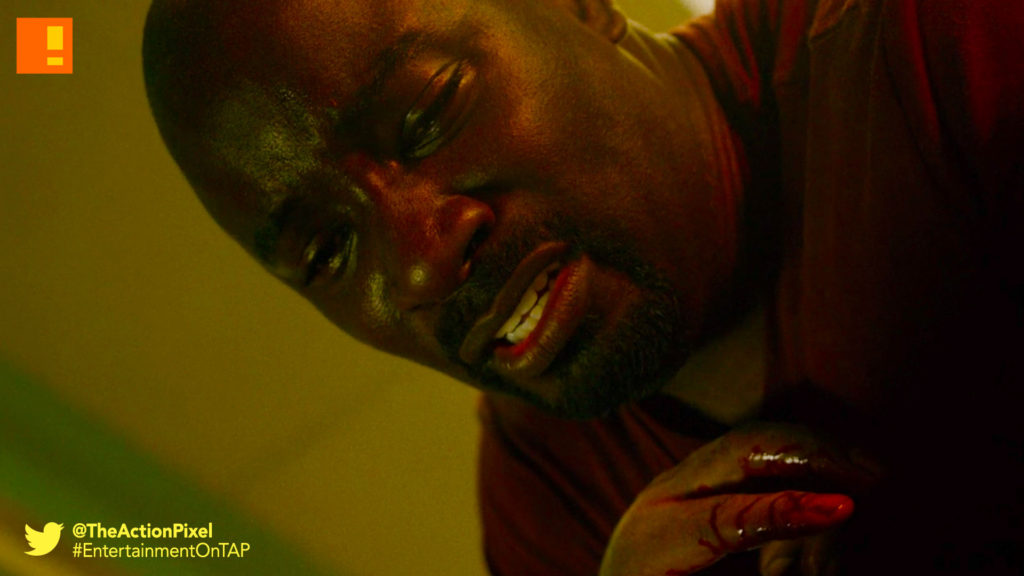 Shot in the neck, Pop’s dying words tell Cage to move “always forward”. This is I suspect is that pivot point that brings Cage off the bench and into the game. And Misty now begins to see there is something a bit peculiarly about Luke; a guy with bullet holes in his t-shirt but now GSW would raise a few eyebrows for many.

Cottonmouth gets his money, and given his past relationship with Pop’s was not at all too happy with his protegé’s actions. But on finding out Pop’s was dead, well, the fluency and impetus of the continuous shot of an explosive Cottonmouth running his henchman over the edge of the roof, watching as his body freefall to an abrupt fate atop a car was a very sexy sequence to show how ugly things can get with Cottonmouth. But what was most telling is Mariah’s reaction to this incident. Not a shudder or look of disbelief. Despite her saying she didn’t like this criminal element or murder or the N-word, but she still took the money to put towards her real estate project.

Which leads back to the first scene of Luke Cage staking out the Crispus Attucks building, Mariah’s HQ, as she carries Chico’s bag of money inside. It seems as though Luke is a man weighing out his options at this point when the young, rudderless kid with the gun interrupts.

Luke is tired. Inaction will do that to ya. And instead of the fear a gun should elicit from whomever it is pointing to, the gun touting teen comes face to face with a pain-stricken, seething Cage. He takes the gun from him and does what the miscreant seemingly doesn’t have the heart to do- Luke shoots himself. Of course nothing happens and that is enough of a cue for the thug to run away.

This episode was the pivot point that lit a proverbial fire under Cage to stop watching from the sidelines and committing half-heartedly to his oath to himself and to Pops.We can only see things intensifying here on out 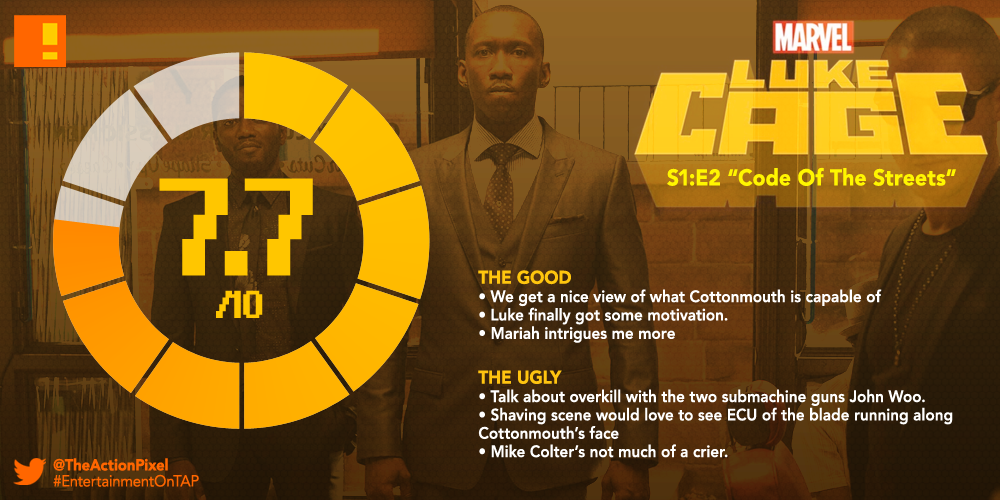 So what did you guys thing? let’s hear it int he comment section and via Twitter @TheActionPixel

“The Wolverine 3” finished filming; trailer on its way soon?