Read Part 1 and Part 2 of our Metal Gear Solid retrospective.

In the build up to The Phantom Pain we’re having a look back at the numbered entries of the seminal Metal Gear Solid Series. This time, lets see what happened when Kojima decided to go prequel.

Snakkkkeeeee Eaaaattterrrrr! I think we all remember that ‘WTF!’ moment at the start of MGS 3 when a Shirley Bassey-esque singer belted out those words while we were being treated to a title sequence not entirely unlike a James Bond film. Rather than our usual helping of a lightly sci-fi political thriller in the vein of Tom Clancy, this was something a bit different. 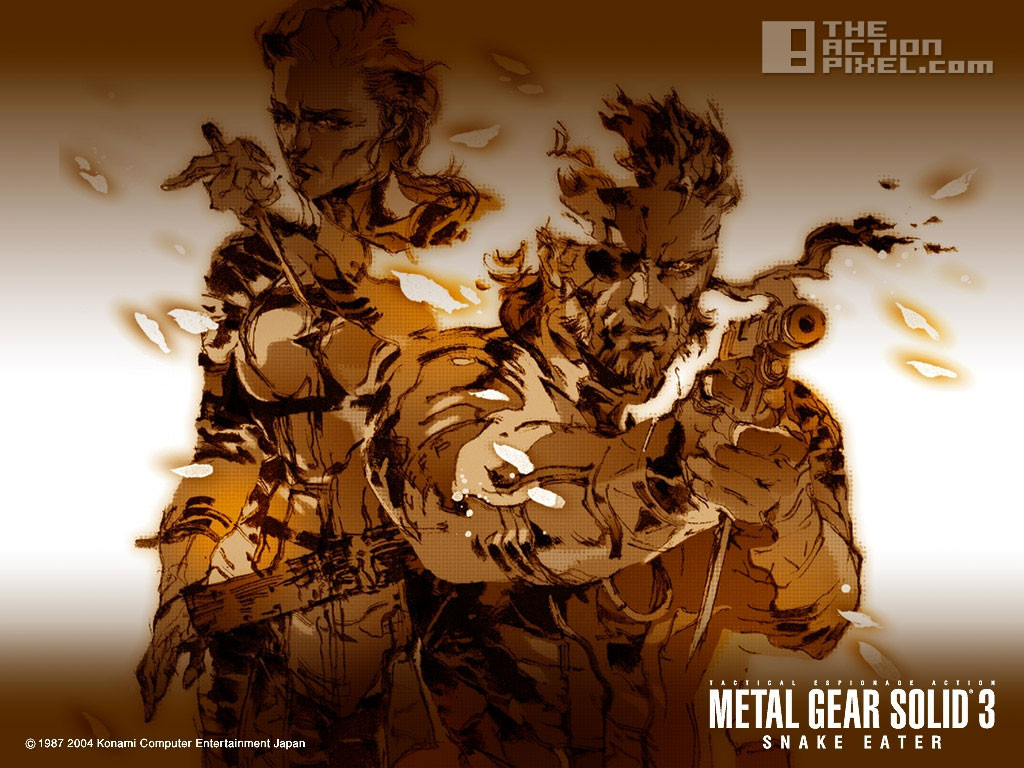 In fact, different is a good way to describe the third entry in the Metal Gear Solid series. It was clear from the start that Kojima wanted to do something off the beaten path and though tried and tested tropes from Metal Gear‘s past were still present, there was a refreshing twist of new elements which blended together with the classic stuff nicely to create yet another stonkingly good experience. 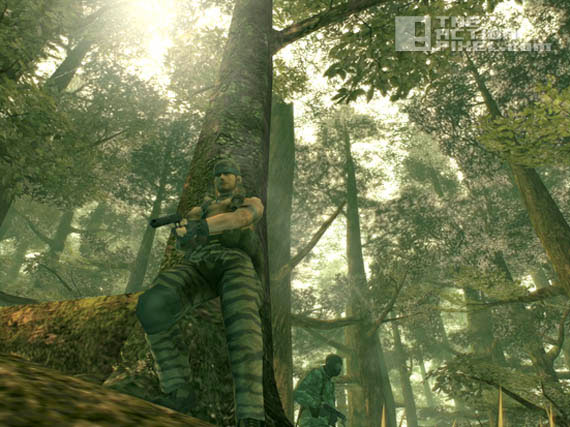 Let’s get my biggest frustration with the game out the way immediately. WHY CAN’T I PLAY AS SOLID SNAKE? Honestly Kojima San….you go ahead and create one of the most instantly iconic characters in gaming EVER and then spend the next two games not letting us play as him. I mean sure MGS 3 is a prequel and you’ve made the perfectly legitimate decision to set the game in the past so you can strip back the technology of the first two games in favour of a more environmental based stealth system; and sure the game features Big Boss who (much like realising Star Wars is actually Darth Vader’s story rather than Luke Skywalker’s) is the real star of the series and for all intents and purposes is genetically identical to Solid Snake…but it’s just not the same….not the same at all. 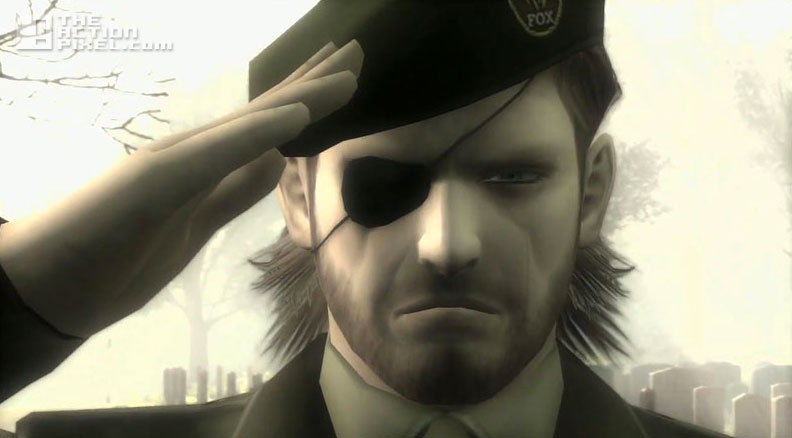 Griping aside this was actually a spectacular game and though in some quarters it’s the least loved of the Metal Gear franchise, it holds a pretty special place in my heart. Gone were the cold, harsh  metallic corridors of the first two games to be replaced by a dense jungle environment which lends itself to a more natural kind of stealth. No longer were you simply avoiding cones of vision, rather you had to think about things more carefully as you adjusted your camouflage (including clothing and face-paint) to blend yourself into the colours of your surroundings. The newly introduced visibility meter, a sort of tracker of what percentage you were visible to enemies was a strangely satisfying device as you manipulated the game mechanics to get that number as high as possible. Further additions like the new hand to hand CQC system were similarly satisfying while having to constantly eat things in your natural environment to keep your stamina up, although not ground breaking, was a pretty fun distraction. Of all the games in the series this was the most fun iteration of the stealth mechanics because you didn’t have to suspend so much disbelieve. In my mind it was far more realistic that a special operative could sneak up on a highly trained soldier by slowly crawling through long grass than simply making sure he wasn’t quite in his enemies’ peripheries. 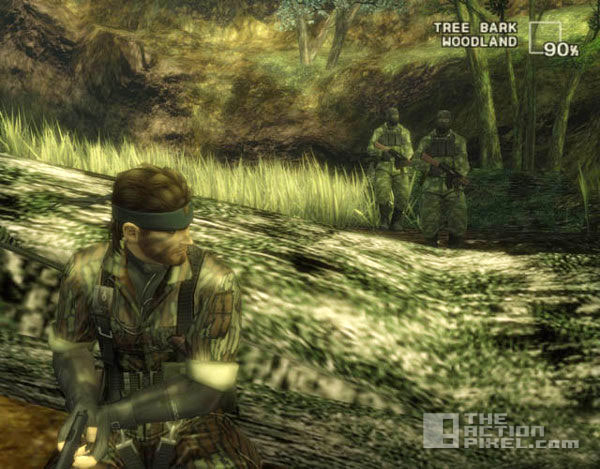 Story-wise the plot, which was starting to get confusing by the end of MGS 2, thankfully reared up and took us back to the 60’s. Though you could step into the game with no prior knowledge; an understanding of previous games in the series really added a layer of depth to proceedings. It was a nice flight of fancy to see the origins of such series staples as the Soliton Rader, the Codec and ofcourse the very first incarnation of a Metal Gear in the beautifully realised Shagohod. In addition to these cool little nods, there were actually some touching moments in the game and the overall message: a sort of parable on soldiers which considers that those most fiercely loyal to a country or a cause are the ones that are most easily sacrificed, was probably the most profound of the series. Now don’t get me wrong, Metal Gear has never been a heart wrencher of a story and ofcourse its the jaw dropping action set pieces you remember most fondly, but there was something here that went a little bit deeper. 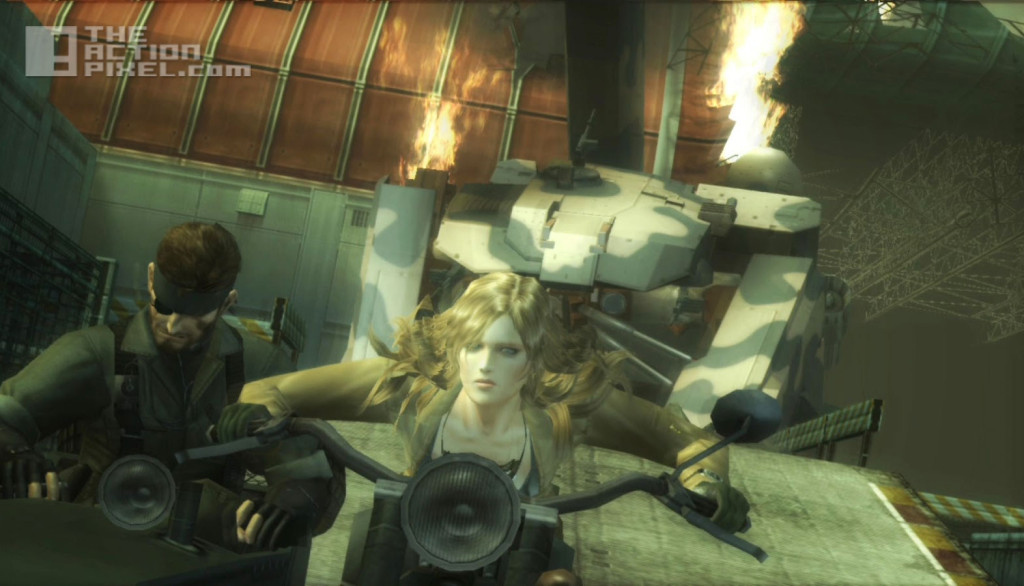 As ever, and a common theme in this retrospective, the rogues gallery was utterly exceptional. As you traversed the jungle on a government mission to take down your former commander, ‘The Boss’; her current squad stood in your way leading to some of the most innovative battles the series had seen to date. Particular favourite was the fight with ‘The End’, an ageing sniper who engaged you over a vast area in a boss battle that could take hours to complete. MGS 3 wouldn’t be a Kojima game without some little quirk so in a stroke of genius, you could save the game during the boss fight with ‘The End’, come back to it a week later and your foe would have died of old age!!!! Honestly, what other series would have something like that in it? The encounter with ‘The Sorrow’ was also a highlight with a sequence that was more in keeping with modern First Person Exploration games than anything contemporary to MGS 3. Snake had to traverse a haunted dream, experiencing what was going on rather than having anything to physically do within it. It was a breathtaking level and innovative for the time…these brief exploratory interludes are now common practice in video game storytelling.

But the ultimate expression of creativity came with the final encounter where Snake faces off against his former mentor ‘The Boss’. Neither really wants to participate in the fight but both feel they had to and a brutal, heartbreaking finale unfolds in a field of white lilies. The moment that perfect white field is spoiled by the blood of the defeated Boss is a moment that should go down as one of the finest in gaming history; a poignant ending to a stunning game. 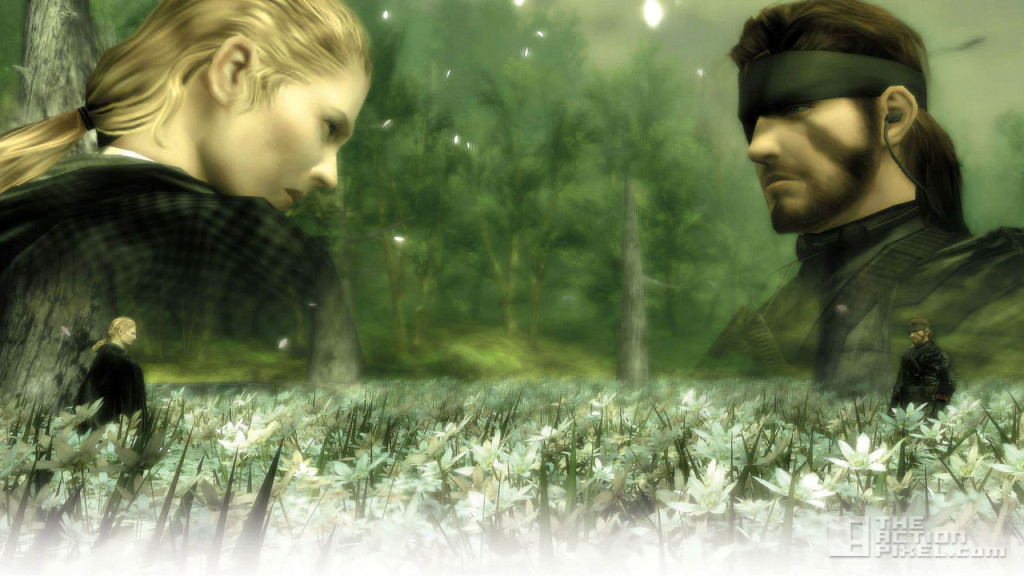 Snake Eater served to re-frame the Metal Gear Solid series as not the story of Solid Snake, but the story of Big Boss and demonstrated that Kojima was capable of doing more than just building on past success. Next time we’ll see how successful Guns of The Patriots was in rounding of the series as it’s explosive final chapter. 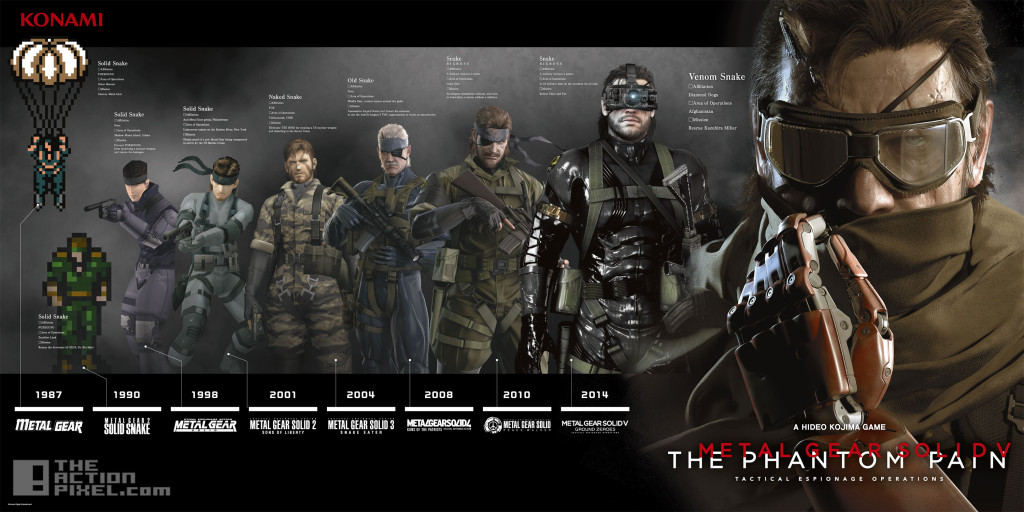