Titan Comics is set to release a Doctor Who comic Issue 1, which will feature previously published narratives from the publisher. The monthly publication will feature tales of the Tenth, Eleventh and Twelfth Doctors.i Check out the cover art for #1: 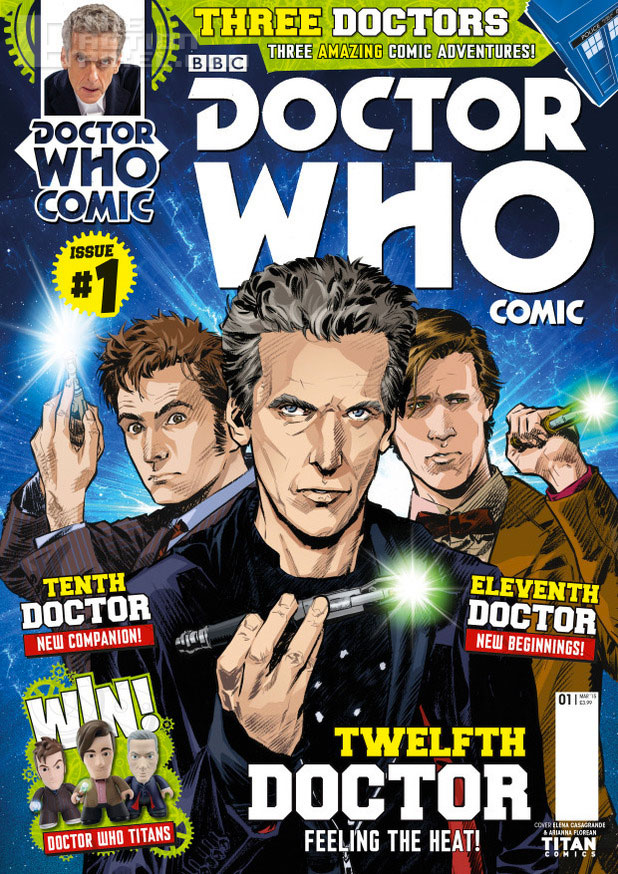 Not exactly aesthetic, which you’d expect from a variant or cover design of a first issue, but I guess it is the competitions, download codes and commercial value that counts for fans. Well played, BBC… well played.