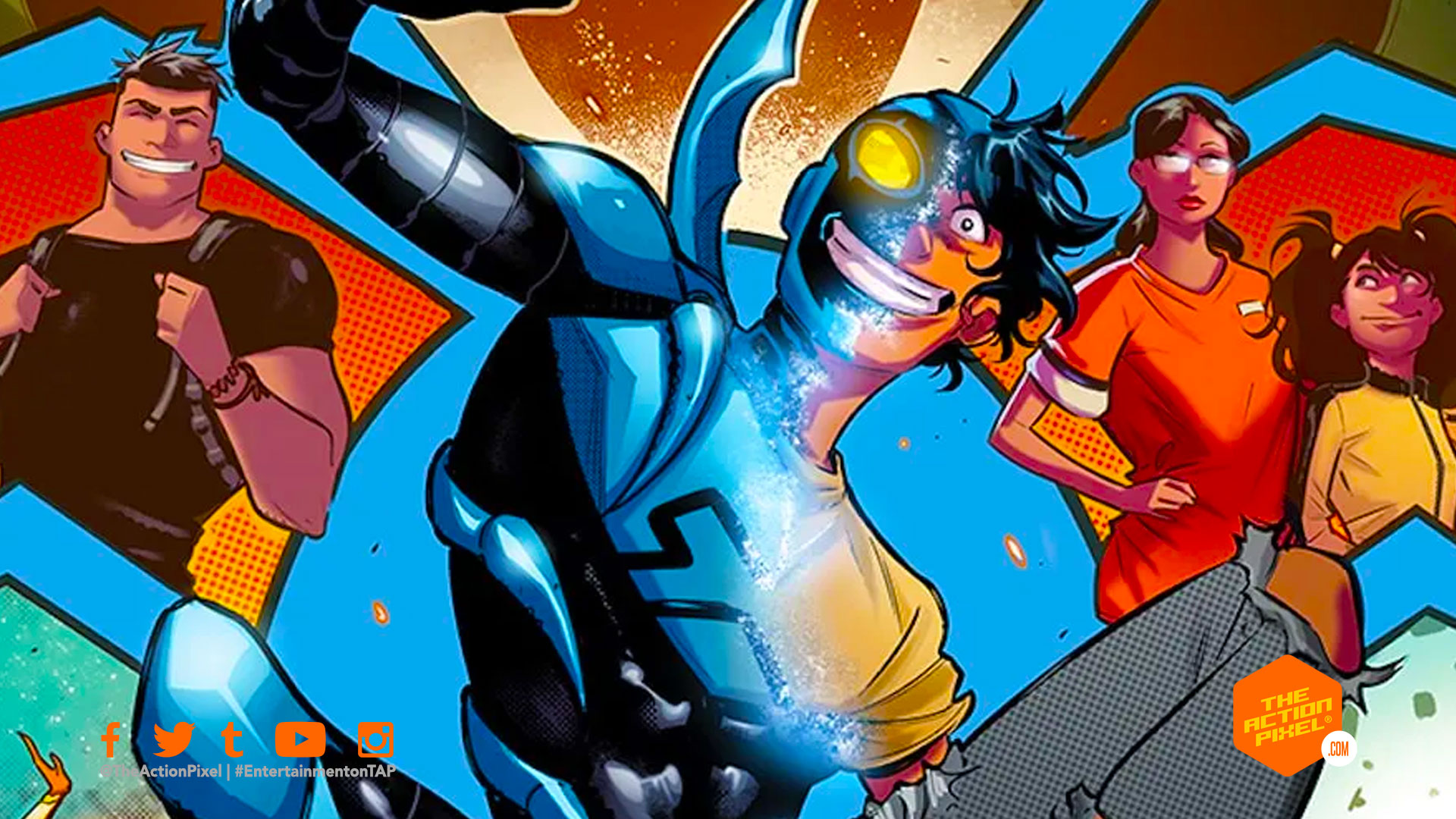 DC Comics continues their push on both sides of the comic and movie aisle, this time with Blue Beetle.

Written by Josh Trujillo, with art by Adrian Gutierrez, the six-issue series finds Jaime trying to decide what comes next for him—while juggling a new villain tearing up El Paso and his friends and family pressuring him about his future. Now, Jaime must figure out why messages from the Teach are bombarding his scarab, Khaji Da and what’s drawing the Reach back to Earth.

And to crown things off, with what seems and feels like a very natural choice, the comic is set to be simultaneously released in English and Spanish.

Check out the covers for the Blue Beetle: Graduation Day #1 by Cully Hamner, as well as a 1:25 variant by Rafael Albuquerque, and a 1:50 variant by David Marquez.

Check out the cover art and interior art below:

Let’s hope this comic is a precursor for what is to come in the DCEU, as there has not been much word re the planned Blue Beetle movie since the casting of actor Susan Sarandon to star in the production. And with James Gunn at the helm, known for his tackling of B/C/D-list characters, Blue Beetle may have his deserved moment in the light.