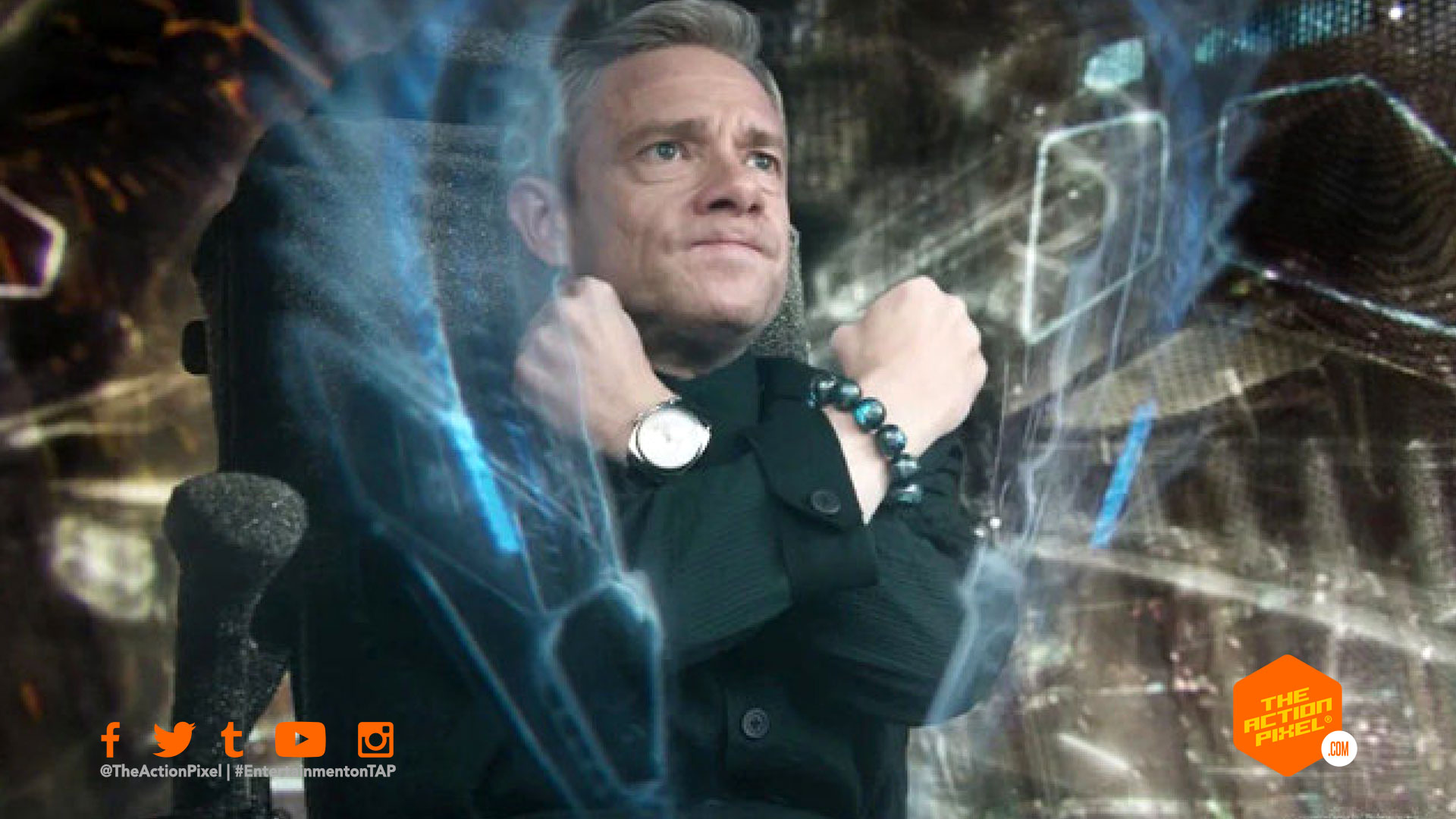 It is a bitter sweet moment for the MCU with the sequel to the Black Panther set to come to the silver screen in 6 months time. And with the passing of actor Chadwick Boseman – who played the titular T’Challa, it indubitably will not be the same with him missing. And that sentiment is shared by his cast and crew, and Martin Freeman opened up about the conflicting feeling he had on set of Black Panther Wakanda Forever.

On the one hand, Freeman spoke on the feeling of reunion with fellow cast on set for the sequel, and how filming his part as Everett Ross was a quick ‘in and out’ process.

Furthermore, delving into the production being bereft of Boseman, Freeman described the situation and feeling as ‘strange and sad’:

“There’s also no question that, at the heart of it, there’s quite a gap now, and you felt it… Of course, it was odd with Chadwick not being there. There’s no way around that.”

But with ever the silver lining, Freeman tried to speak on the stories left in the wake of Boseman’s passing. Stories that were yet to be told:

“There are still other stories to tell within that world and other great characters.”

The actor also commended director Ryan Coogler for his carrying on of the vision and work on Black Panther 2:

“With full respect to Ryan Coogler and everybody else, who’s sweating and bleeding to get this thing done properly, it was fun. It was enjoyable.”

Nevertheless, we may be getting our first look at what is in store for Black Panther Wakanda Forever, including possibly the first mutant making his way to the screen in the form of Namor.

“Conan The Barbarian” is no longer with Marvel Comics… again.