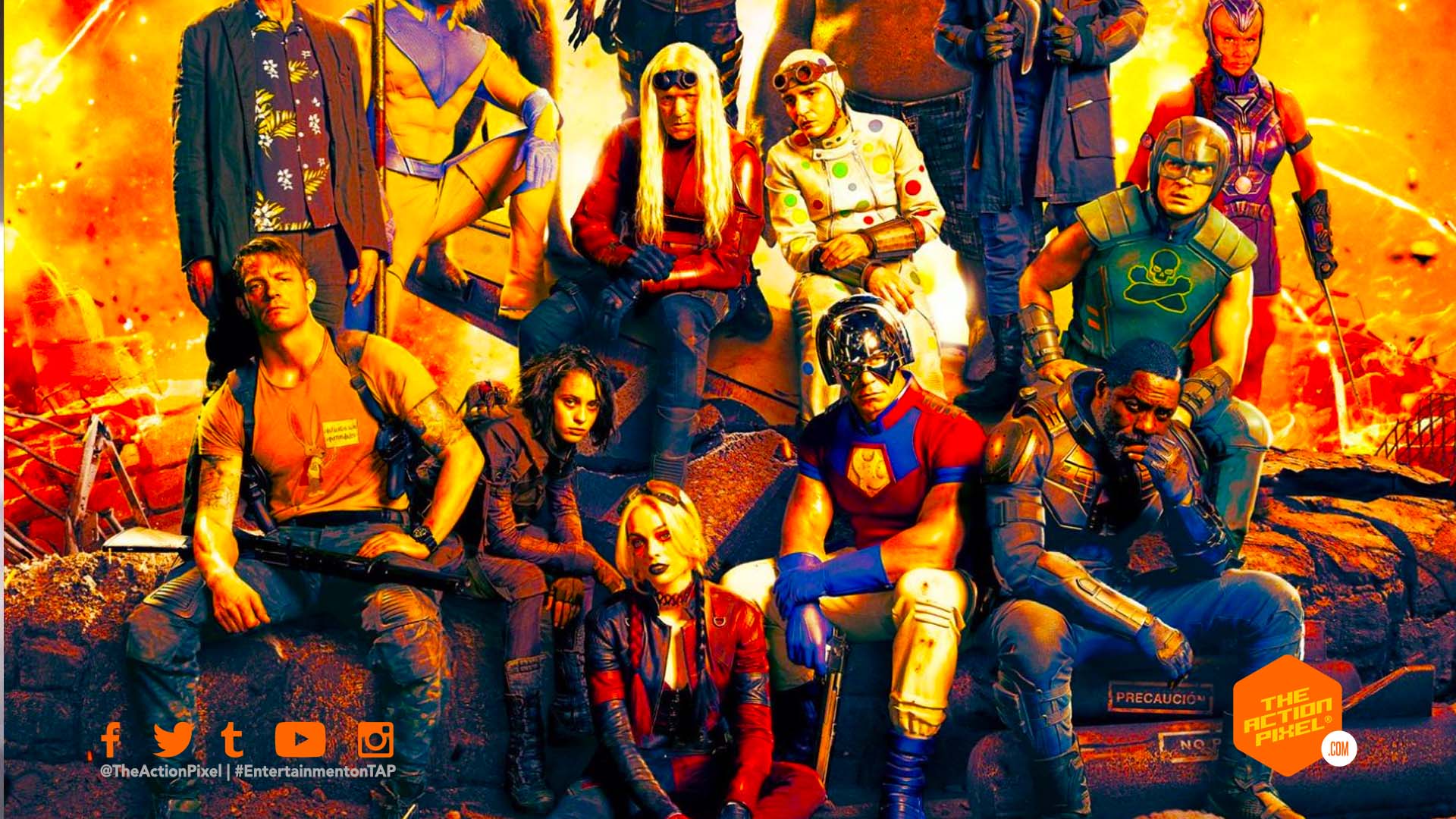 James Gunn and the massive, eccentric and colourful cast for the forthcoming The Suicide Squad stand accounted for in the new Empire Magazine covers and images appearing in the October 29 issue.

And while David Ayer’s Suicide Squad may have rubbed critics the wrong way, for the most part, it seems Gunn is treading the line and dishing out praise for what Ayer got right. Which is funny because the character and inner-team dynamics was a hit and miss for us in Ayers’ Suicide Squad:

I know it didn’t come out how David wanted it to come out. But he did one really, really great thing, and that is he picked fantastic actors to work with, and he dealt with these actors in building their characters in a really deep and fearless way. It’s something David definitely deserves to be lauded for, and it’s definitely added to this movie.

And it seems Gunn has been given much freedom as to decide who lives or dies in The Suicide Squad:

I guess we wont get attached then.

Check out the Empire covers and images below:

“The Batman” production goes ahead despite imminent UK lockdown