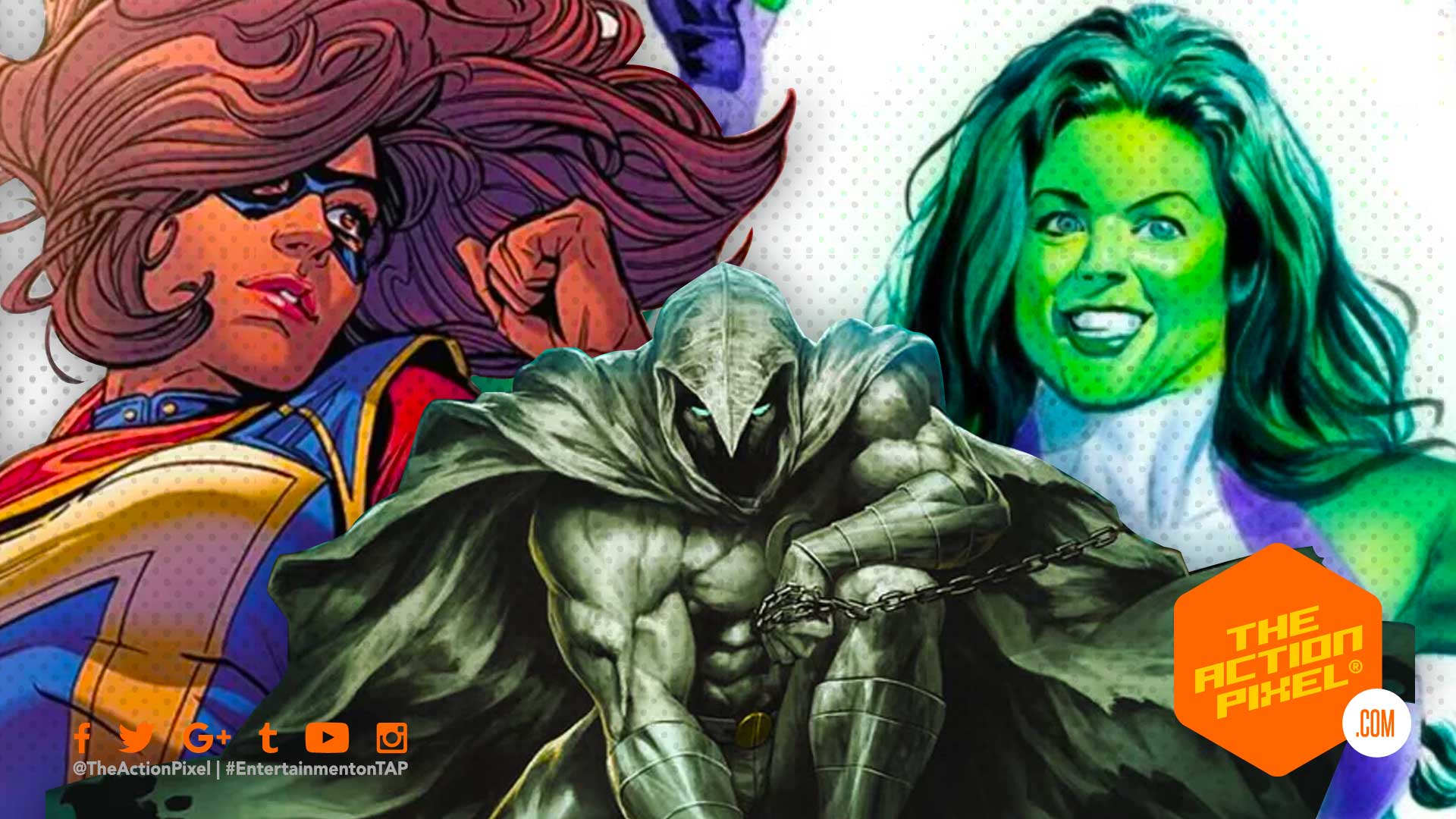 D23 Expo is in full swing, and if you thought the Phase 4’s reveal a few weeks back was all there is, you would be wrong.

Announced for the Disney+ streaming service, new series are set to grace the platform, with Marvel revealing the key title art for the shows. And the shows you ask? Ms Marvel. Moon Knight. And She-Hulk.

Now, ain’t gonna lie, She-Hulk and Moon Knight have been something I’ve wanted to see in the film format, though I feel Moon Knight deserved a movie trilogy. Plus been fiending for a She-Hulk series ever since Law and Order’s Angie Harmon showed off that chin of hers.

The shows will be authored by Marvel Studios and will premiere exclusively on the Disney+ Platform.