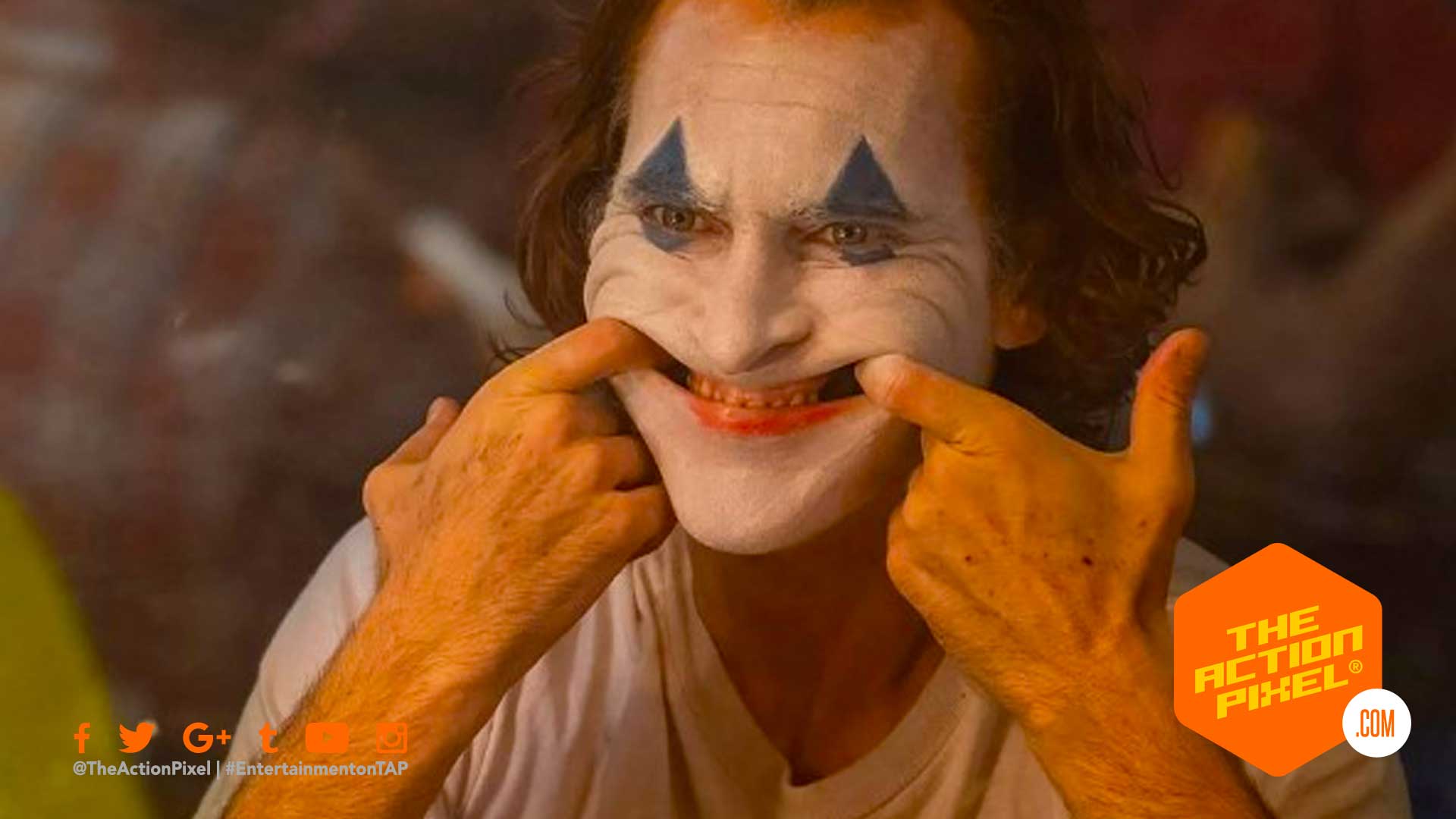 Mom always used to say a smile makes you better looking, but we are sure she was thinking about the Clown Prince of Crime in the coming Joker movie. And Joker puts on a brave face in the newest image coming from the DC film

Philip Todd also offered up insight into the make-up of a more ‘reality-based’ world that takes the mythos of comics and puts it in reality as opposed to lacing comics mythos with our reality.

Here is an excerpt from the USA Today article where the new image first featured:

Phillips always liked the villainous Joker’s “predilection for mayhem,” and he sees the new film – and a clown-for-hire’s tragic “descent into madness” – as a way to make a 1970s-era character study out of a comic book movie. His star also just happens to be the “ultimate get,” Phillips says. “My goal wasn’t to take Joaquin Phoenix and put him in the comic book universe. My goal was to take comic books (universe) and put it in the Joaquin Phoenix universe.” There’s “a darkness that (previous) actors probably had to live in” to play the Joker, and “Joaquin was aware of that,” Phillips adds. “I would say he’s unusually comfortable in that space.”

There seems to be an active push to distance the project from the current comic book movie landscape. Which to an extent I understand. And it does not seem they want to be totally disassociated from it. Whether this works in DC’s favour is still to be seen. But things do still look hopeful especially seeing there is also a push towards nominations. But what do you guys think. Will this DC Film make the grade?