Titan Comics has unleashed their pièce de résistance, releasing comic trailer for the infamous adopted Mutafukaz comic crafted from the political lens of RUN. Which is all good and dandy. Though we won’t be using any #JesuisRun hashtags anytime soon. Little political French reference there.

Well, it seems we’ll be taking a trip once again to Dark Meat City, which could easily be the name of an adult entertainment series. But to be honest we are still kinda waiting for the feature.

Titan Comics brings you the quirky dystopian sci-fI- comedy, MUTAFUKAZ by RUN. Already optioned for a major motion picture MUTAFUKAZ is set to be one of THE unmissable graphic novels of the year.

What would you do if you were the only person on Earth who could recognise creatures that were taking over the planet?

Angelino is a young loser like thousands of others in the Dark Meat City. He and his friend Vinz are squatters at a seedy hotel room in the Latin Quarter, Rios Rosas. Angelino spends his days watching Mexican wrestling matches on TV, delivering pizzas and having bizarre metaphysical discussions with his roommate. A stupid scooter accident will plunge Angelino into a hurricane of unimaginable trouble, as he becomes the only person on Earth capable of recognizing the vicious cosmic entities that walk among us, who are readying themselves to invade the planet.

Check out the Mutafukaz Comic Trailer in the player below

Plus check out a preview of the cover and interior art panels: 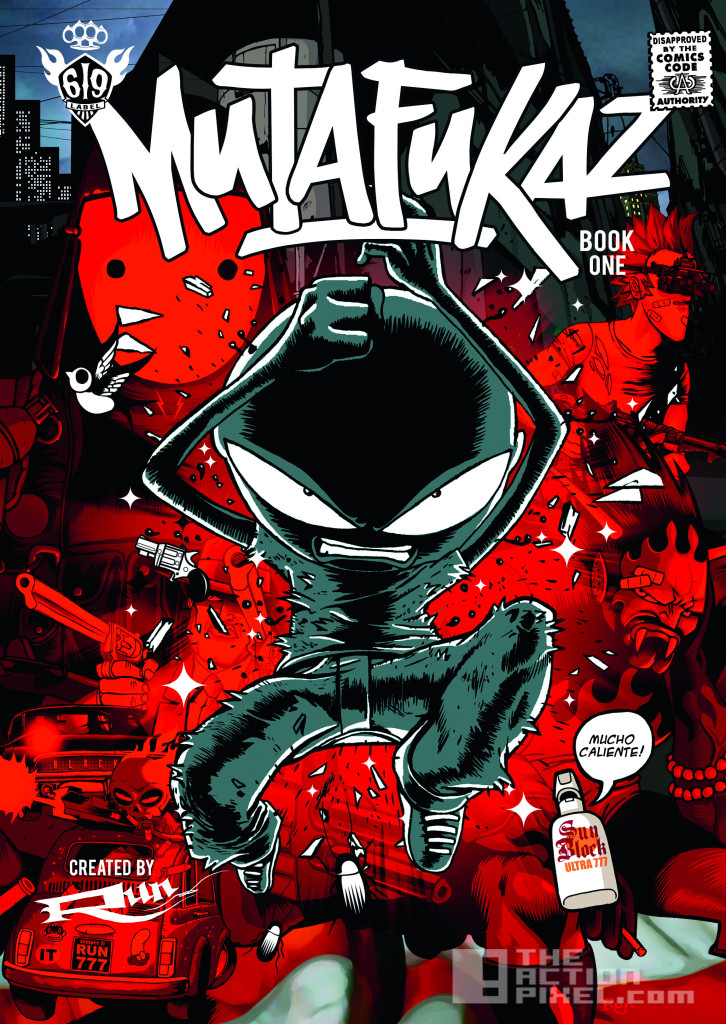 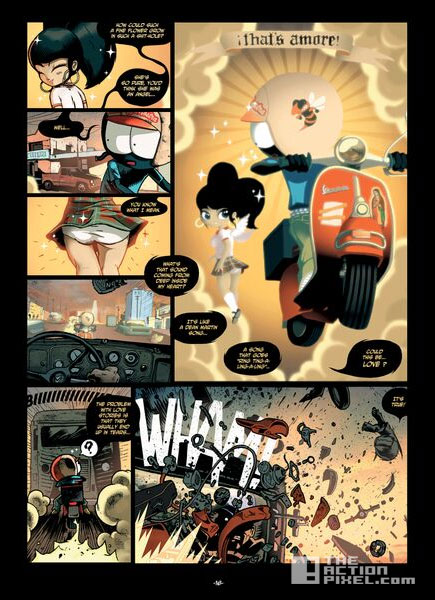 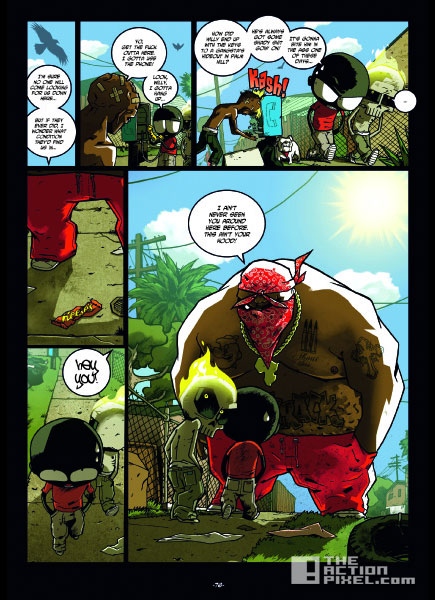 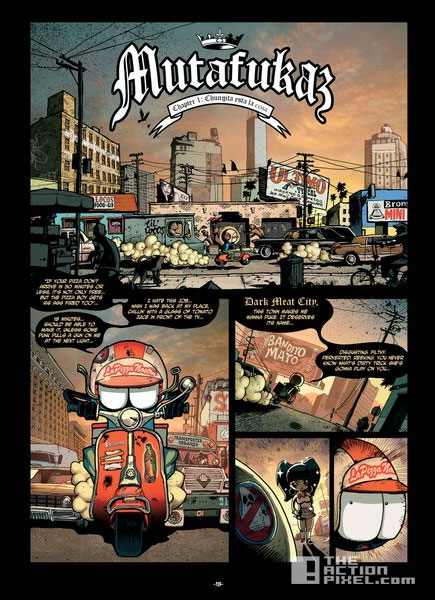