Dreamworks Animation has shot out 3 stills from the upcoming animation feature Kung Fu Panda 3. And as it turns out Po has lots o’ baby kid pandas. Cubs I think is the right term. And a wifey too. Yeah. Guess the whole Pandas not liking to mate wasn’t a factor for Po then, that stud.

Plus expect some vet actors to be the voice of new characters. Like Li, Po’s father, features the voice talent of Breaking Bad / Batman: Year One‘s Bryan Cranston. Li apparently has been living in a secret panda village alongside Wilson’s Mei Mei, an aspiring panda ribbon dancer…

That is the most shockingly adorable place. There are nurseries filled with gaggles of baby pandas. A lot of how the pandas play was inspiration for the movie.

Rebel Wilson is also set to voice a new character which can be seen in the released stills: 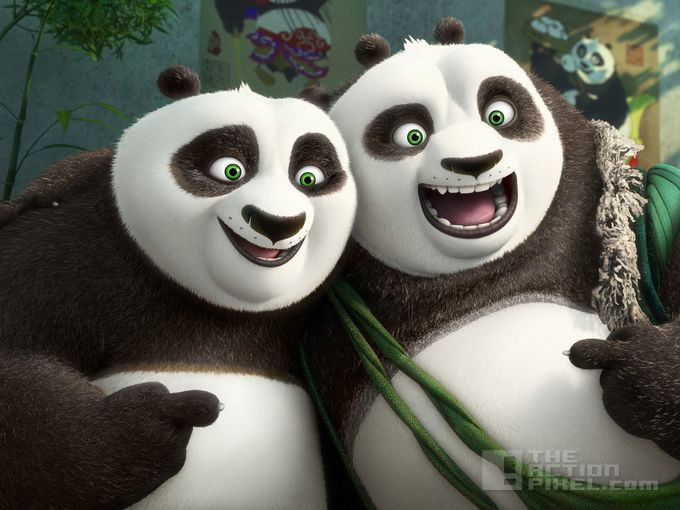 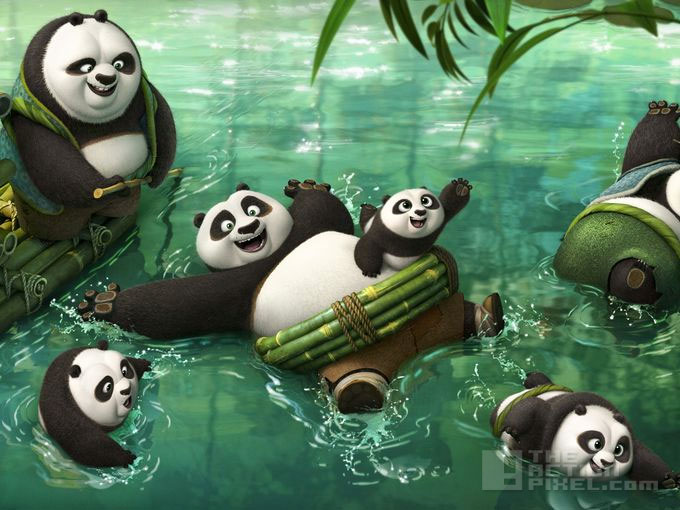 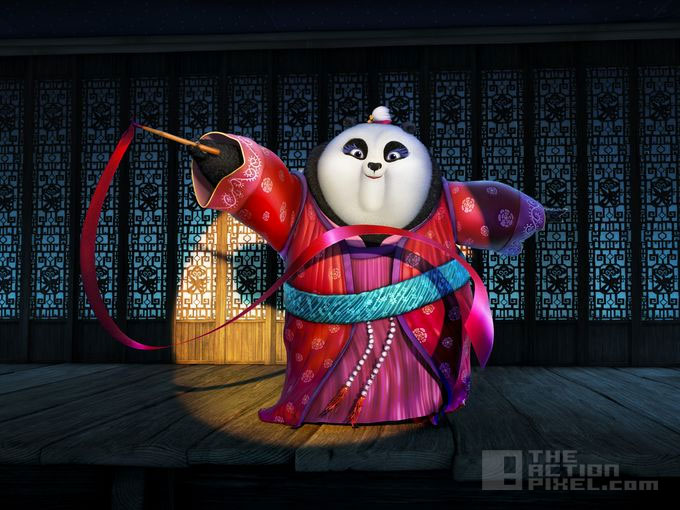 Marge and Homer legally split in new season of The Simpsons?