That never-ending mobile game- Temple Run 2– that had you running from a demented evil devil monkey has added a new playable character skin to their game- Bruce Lee. And while the game will be dolling out zen Bruce Lee inspired quotes like “defeat is a state of mind” and “a goal is not always meant to be reached”, it still hurts when you are running super fast and suddenly happen upon 3 clustered obstacles designed to trip you up then burn you to a crisp.

And to be honest, wouldn’t the real Bruce lee just turn around and kick the monkey’s ass? I mean, it’s Bruce Lee… c’mon people! 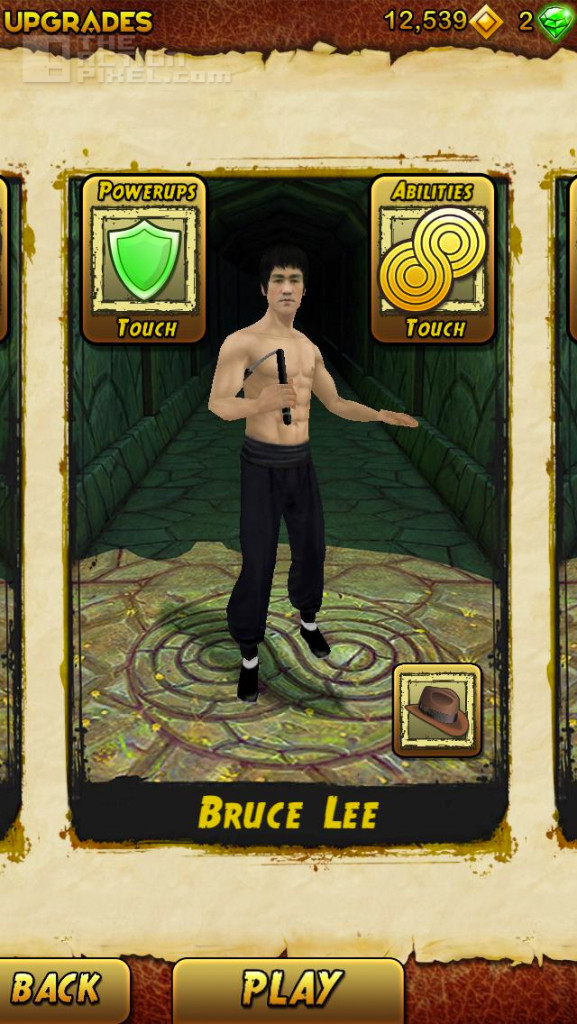 Players can play as the father of martial arts by buying him for a US dollar in the in-game app purchase.

As one of the most talented martial artists of all time, we think that Bruce Lee is a perfect fit for the Temple Run franchise. In addition to his speed and agility, we also celebrate his philosophies with words of wisdom when players need it most.

Not sure how we feel about the Legend being made to run for an eternity in game with no end goal, but hey it’s the closest a lot of us will get to mastering our craft. Am I right? Hm. That joke hit a little too close to home.