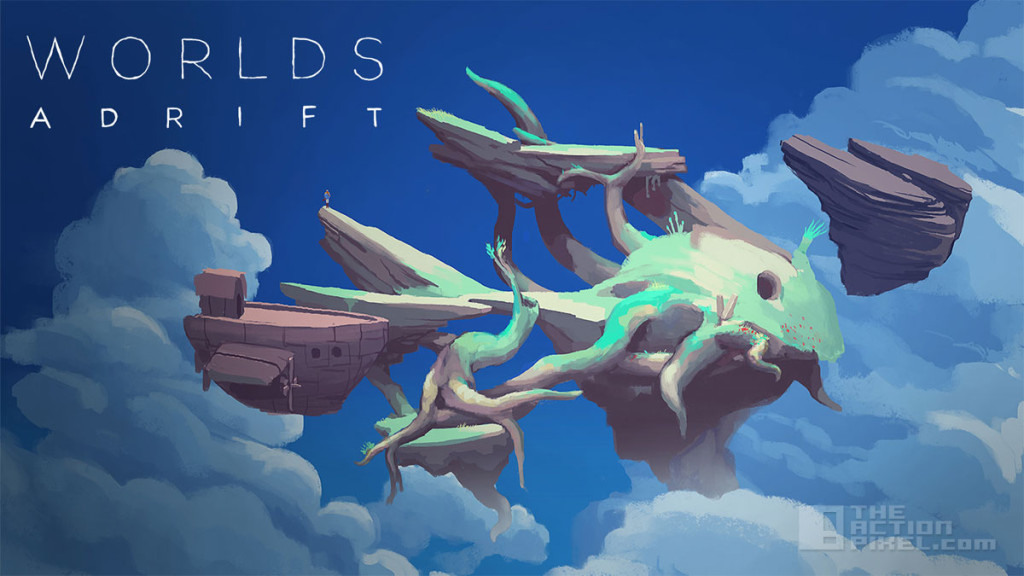 Bossa Studios, the same guys that brought us I Am Bread and I am Baguette teamed up with Improbable to bring us an exclusive look at their next project entitled Worlds Adrift. Instananeously, foom the look of the concept art and teaser images, you get a feel of something like the film Waterworld, only this involves you being airborne and not being Kevin Costner. Thank holy Zeus for that.

You and your ragtag band wander from island to island on your cobbled-together airship, scouring for lost technology and scavenging for resources. You are constantly trying to improve your ship, keep it fuelled, and keep it repaired. Sky predators, storms, and other travelling bands—all of which could be a threat to your ship—will dominate your thoughts. But in the back of your mind, you still ask yourself questions: How did your world become this way? What calamity, a thousand years ago, could have shattered the world into a thousand pieces? Deep down you know that the world was not always this way, and your questions are what drive you onward and upward, towards the endless skyline.

Worlds Adrift is aiming to be, as Bossa describes it ss a return to “the roots of online multiplayer games. The MMORPG will boast large, multiplayer environments that are realistic in sense of both rope physics and biology; creatures in the world eat, trees that live and die, wreckage and elemetns that rust and rot. All of which may not necessarily be in your immediate surroundings, but ultimately have an effect on your gameplay. A lot of the mechanics involved in Worlds Adrift is Bossa partner Improbable.

Check out the Worlds Adrift: Swing, Soar, Explore teaser in the player below which shows footage of a cooperative ship build, combat, and exploration in the game:

Worlds Adrift is currently under development and more news on the project can be found out on Worlds Adrift‘s website.