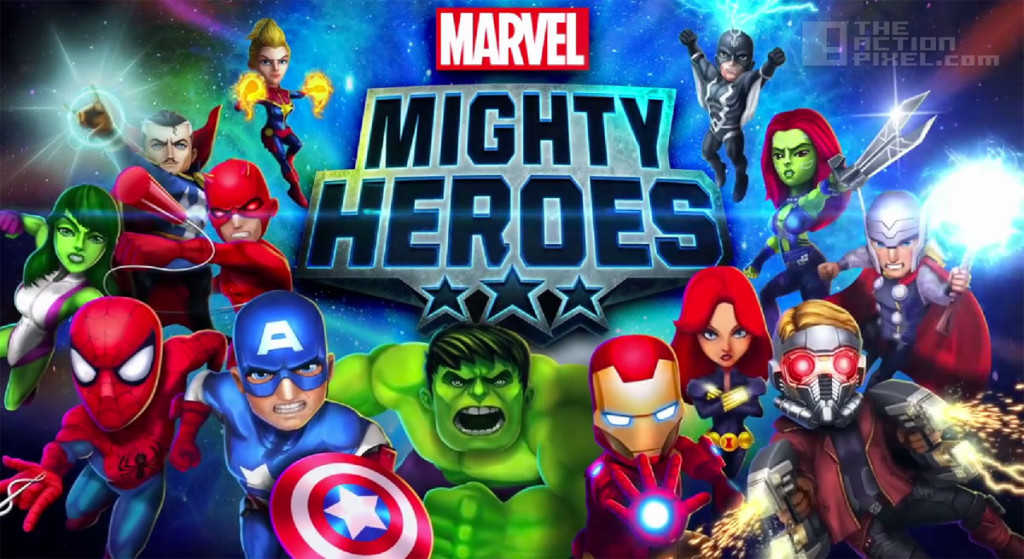 If you thought that Contest Of Champions was not enough to sedate your pixel fisticuffs across Battleworld, then fear not. Marvel, along with DeNA, brings the raucous to mobile gaming once again having announced Marvel Mighty Heroes.

Marvel Mighty Heroesa co-op game for iOS and Android that will allowing up to 4 (coop) players to go head-to-head in real time, all the while taking their dream picks of fighters of the Marvel-verse and climb the leaderboards to get top scores. Captain America, Spider-Man, Black Widow, Iron-Man, Thor, Doctor Strange and Groot are only just a few of the vast amount of the game’s ensemble, all complete with their individual powers and such.

Check out the Marvel Mighty Heroes announcement trailer in the player below:

Marvel Mighty Heroes is a free title and is set to release later this year.