I was recently on my Facebook page doing my rare but necessary friend’s list purge. You know, the religious fanatics, thinly-veiled haters, apologists for ignorant people of all spectrums… the usual. And I found for a brief moment that god-like feeling, manipulating pixels as I cast the names and the people attached to them into a blackhole of perdition with a twitch and press of the index. Delete, delete, delete.

We all love Light Yagami, that sneaky, conniving bastard. I mean, he pretty much makes Frank Underwood from House Of Cards look like trustworthy saint ordained by God. For those not familiar with Death Note, where have you been. Basically a guy gets the power to do instantly what it would take years of bad diet and lack of exercise to do, kill people with heart attacks. And all he has to do is write their name in a book. He can also choose how they die too, which is always fun. So when Light by dumb luck gets hold of this Death Note, he decides to rid the world of evil men. However, when his righteous brand of law is threatened by the sleuth L and other nosey authorities, he starts killing out of preservation. Then it became out of pure enjoyment and power. Killing, like taking a shower, becomes easier the second time around.

Which got me thinking, how cool would it be to have Death Note as a form of social media? But then I shuddered at the thought of the world being bereft of hot girls deleted by jealous frenemies, or intelligent people being deleted by dumb people on smartphones. So it had us thinking… what spin-off merchandising could the guys of Shonen Jump could invest in when it comes to Death Note: 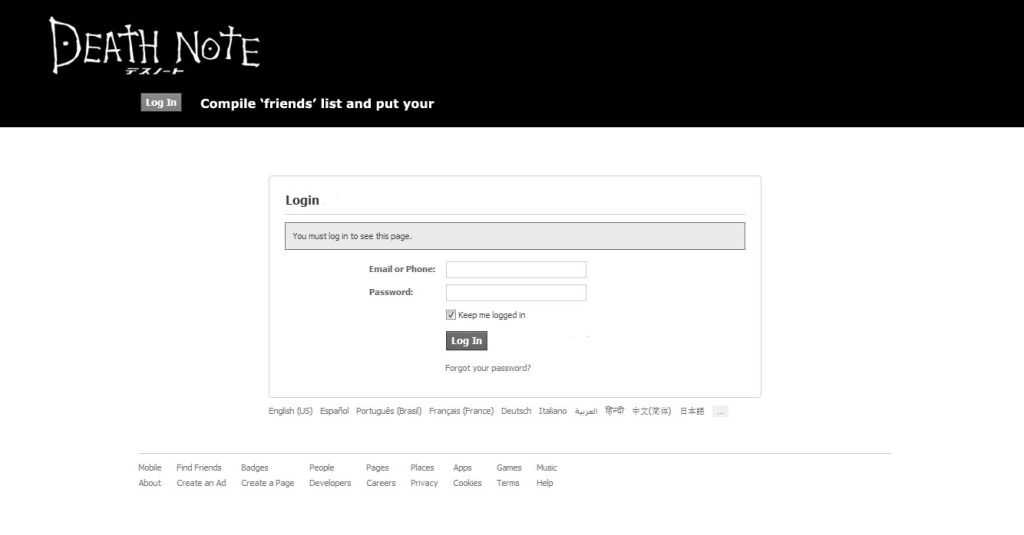 What better way to digitally collect a graveyard filled with frenemies and stupid people. Gauge peoples superficial ‘attention-baiting’, offensive comments to you (directly and indirectly). Their ultimate crime is merely existing amongst sentient beings like yourself, so if it becomes too much, you can add them to that ‘special’ list. 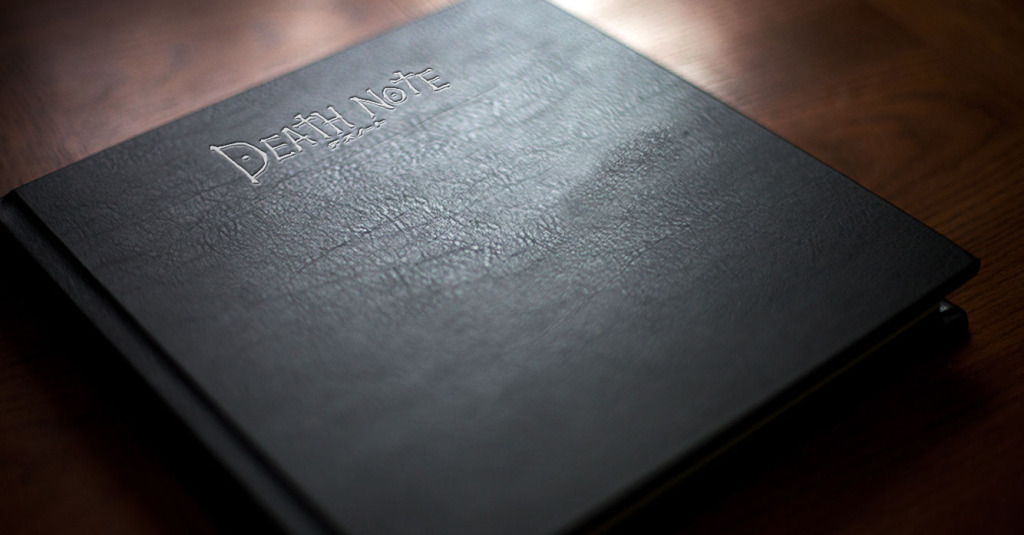 Think about it, a book to get every autograph of every crappy musician, actor and pseudo-celebrities in existence. Kanye West, Beiber, Kierra Knightly, Ann Coulter, that Fanning girl that likes to scream a lot when she was younger… all of them can co-exist in your little black book. And we are not talking just autographs. Start a petition, receiving signatures and names from you beloved corrupt politicians and local government workers to allocate more space for cemetery plots throughout the city. Personalised letters to bankers. Oh the possibilities are endless! 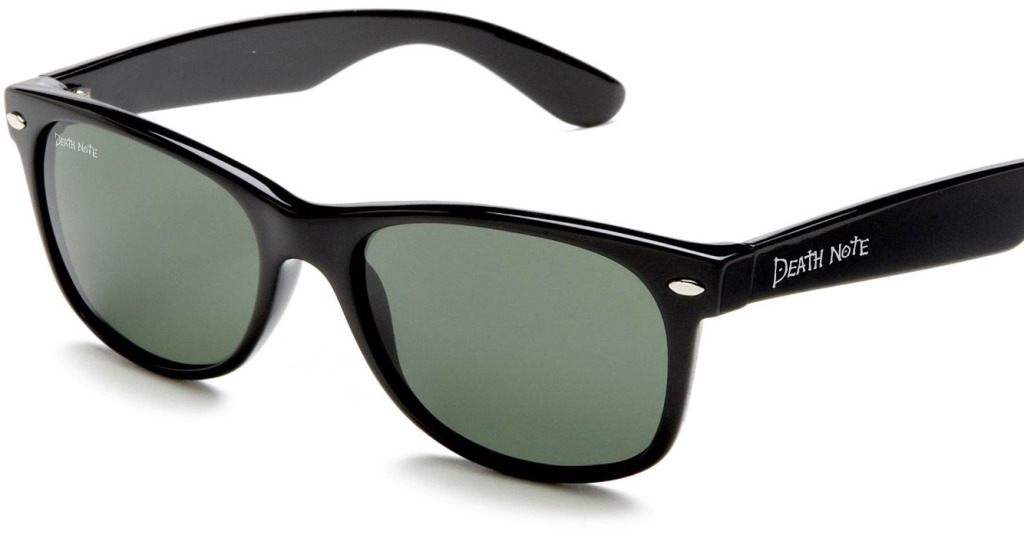 Who needs Shinigami eyes when you have on these suckers. Look stylish while you count up how long the people around you have to live and blend in with the hipsters as you right every single one of their Almond-milk drink, crappafrapcinno-drinking, I-stole-my-grandfathers-style-wearing-pants-that-looks-like-im-smuggling-grapes-and-expecting-a-flood… what was I saying? Oh yeah. Blend in while you write the names of all your Shoreditch and Soho soon-to-be-missed hipster friends. Hey it may cost you half of your life-span, but whats a few years or minutes when you can have a chance at ridding the world of hipster-scum.

Any Death Note-inspired merchandise ideas. Don’t like anything about this post?Leave a comment in the digital comment box below, and remember to type your name correctly. Or we could join forces and get this made: