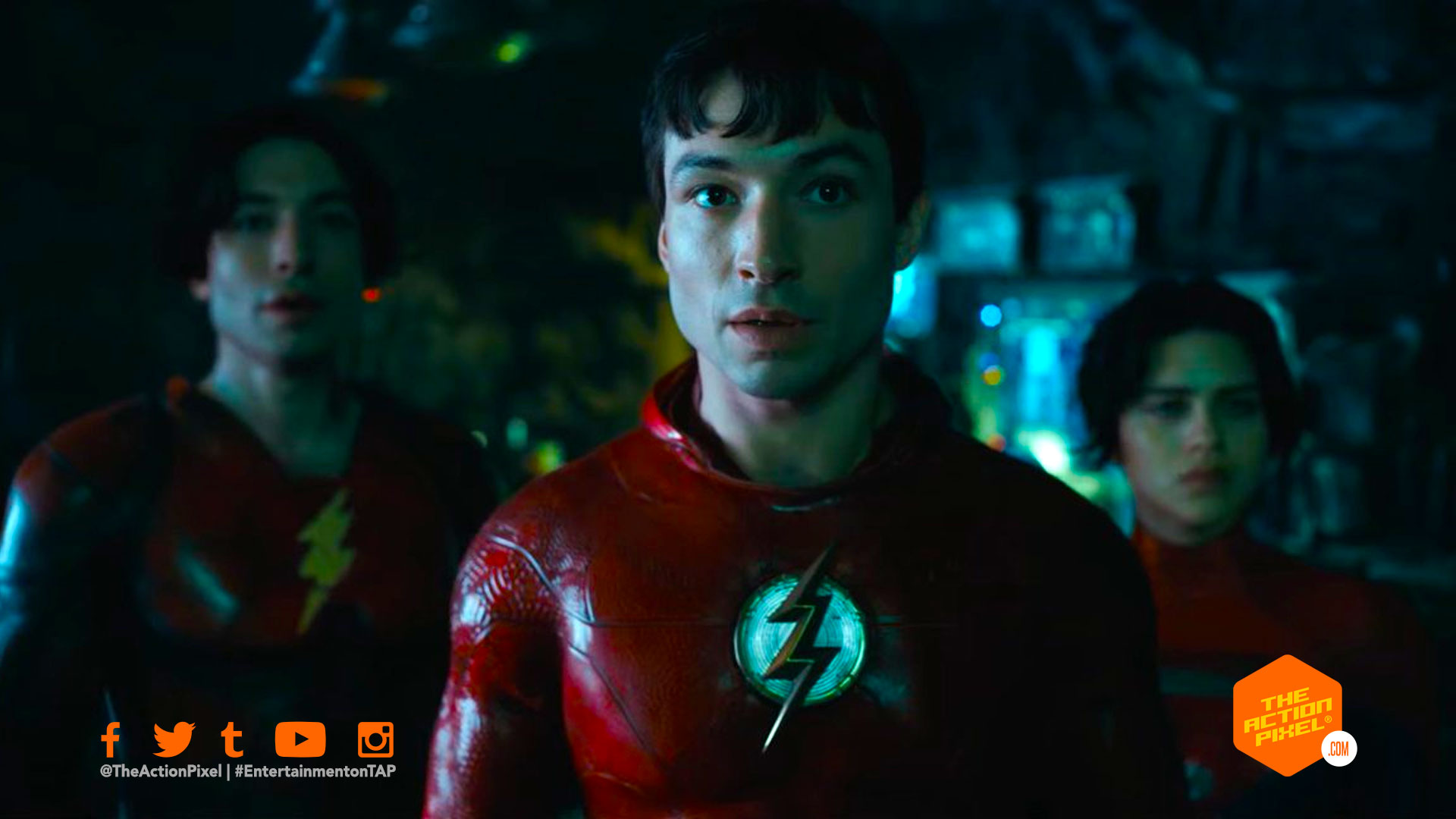 Ezra Miller truly odd behaviour and the equally salacious events in the Johnny and Amber domestic case has thrown fuel on the much unneeded conflagration that frankly has much of its roots in the Snyder-verse. Be this a cause, symptom of a coinkydink fostered by pure bad luck and foresight, is still up for partial debate.

Now, 200 million dollars in, The Flash movie franchise lies on the knife’s edge, as the newly posted Warner Bros Discovery CEO David Zaslav has his first crisis to deal with. And with reports coming out that Ezra Miller is no longer part of future DCEU plans, things are not looking so hopeful. And the important not one needs to take from the last sentence is Miller is not part of any future DCEU plans. In fact there are so many instances coming forth from death threats, cults, gun-brandishing and violent acts surrounding separate incidences involving Ezra Miller, it’s surprising this is WB’s reaction so late in the game.

And the world will be watching. For a few reasons.

Reason one? The hypocrisy. When Johnny Depp character assassination portrayed him as a physical abuser of women, the allegation alone was enough to see his portrayal of Grindelwald axed from the Fantastic Beasts franchise without a synch or a pause. The answer to concrete evidence of Ezra Miller’s violent, criminal acts? WB offering help to get Miller back on the straight and narrow.

Yet still, as the Johnny Depp trial came to a close, with Amber Heard, his accuser being exposed to have lied on multiple occasions under oath about the abuse, still has a role as Princess Mera in the DC Comics’ Aquaman sequel – Aquaman and the Lost Kingdom.

Fantastic Beasts and Aquaman are both Warner Bros. film franchises. And whilst Amber’s screen time has reportedly to have been cut down to damn near 5 minutes total, Warner Bros. has chalked up any reasons for cutdown of Amber’s parts was not as a result of the defamation case between her and Johnny Depp, but because of the ‘lack of chemistry’ on screen. How convenient and hypocritical.

Zaslav indubitably inherited a mess, particularly as far as DC/WB films are concerned. One he will have to deal with. And it can not be an action that includes coddling.

As far as The Flash film goes, the actor Ezra Miller recent actions and the fallout has placed a maelstrom of uncertainty in the Scarlet Speedster’s future which the film was set to kick off. The fact that Keaton’s Batman was dragged back to the screen in a film helmed by one of the hottest directors around – Andy Muschietti –it would take quite the fuck up to undo that much synergy and monetary push behind such a powerhouse franchise. To the point where DC Comics would take down the DC Fandome promo video for The Flash.

How better to undo the hardworking and investment put into The Flash movie than harass some citizens to the point that parents of an 18-year-old named Tokata Iron Eyes filed for an order of protection against Miller claiming he groomed and brainwashed Tokata. The 18-year-old’s parents allege the two met at Standing Rock Reservation in North Dakota when their child was just 12. The parents allege Miller gave Tokata alcohol and drugs, flew the child to London and to places such as Vermont, New York, California and Hawaii. This past week Miller deleted his Instagram account in the face of the North Dakota tribal summons; the actor allegedly mocking authorities about their whereabouts. Tokata vehemently denies the claims of her parents. R. Kelly would also agree.

And of course the breaking into rooms, threatening to kill people by burning them alive and all that jazz. And one that was new to me, in April 2020, of a video went viral that appeared to show Miller choking a woman and throwing her to the ground at a bar in Reykjavik, Iceland, an incident that occurred after Miller was confronted by pushy fans. Way too much shit happening all at once.

A recent Deadline article on the Ezra/WB debacle made note that both Tokata and Miller identify as non-binary, which may seem irrelevant, but it is not.

A large factor of WB’s choices in actors and direction are seemingly influenced by variables outside of great acting and narrative. There are, by all observations, social metric variable sets at play. Variables that seem to prove more important to the WB than investigating issues like actor’s drugs and substance abuse or inter-team dynamics.

The same reason Amber is protected off-rip is the same reason WB is risking the haemorrhage to PR control the abuse in the case of Ezra Miller. Miller, who ironically also starred in the Fantastic Beasts sequel, when Johnny Depp was axed from the franchise over unproven allegations. *shrugs*

But these social factor upticks – notably surrounding flavour-of-the-month gender and sexuality – are certainly more palatable to these corporations than the other ‘others’. You only have to look as far back as the “accountablity over entertainment” mantra pushed by Ray Fisher. Cyborg and Justice League actor Ray Fisher stood alone for quite the while airing his grievances about his treatment during the making of Justice League under Jess Whedon. It was only after his persistence did a select few of his so-called fellow actors publicly rallied to support. One in particular who managed to make Fisher calling out Joss Whedon and WB’s unprofessionalism and discrimination… about her. Doesn’t leave much space to wonder who, does it?

So where is the Cyborg movie? Exactly.

Issues surrounding race are never as colourful or as fun to engage with, are they? WB executives and upper echelon denied any wrongdoing or missteps, and were slow to respond. However, quickness in action dealing with Amber Heard’s allegations, downplaying the severity of Miller’s situation and ignoring the warning signs shows WB are quick to act decisively for causes they champion, or at least causes that will paint them as a conglomerate that cares about very specific social issues.

At this point, it is all way too obvious. But this level of coddling abusers for the sake of PC checklists is coming back to feed on its own tail. With no extensive proof obviously, with such an insular business like showbiz, the only reason such troubled people rise to become leaders in these films and roles is pure nepotism. As any director and showrunner entrenched in the industry would have likely seen red flags for certain actors at the embryonic stage of production. It’s just sad that this affects more than just one movie.

The legacy of DC characters also hangs in the balance. And the livelyhoods of everyone on set who dedication months and years of their lives on a feature and a cinematic universe who will never see its full potential because the actions of spoiled, entitled and sociopathic actors on and off set, bolstered by the selective action and inaction by the film executives that coddle them to rank high on some Elliot Wave-type chart and what hashtags they can generate and piggyback off of for social upticks.