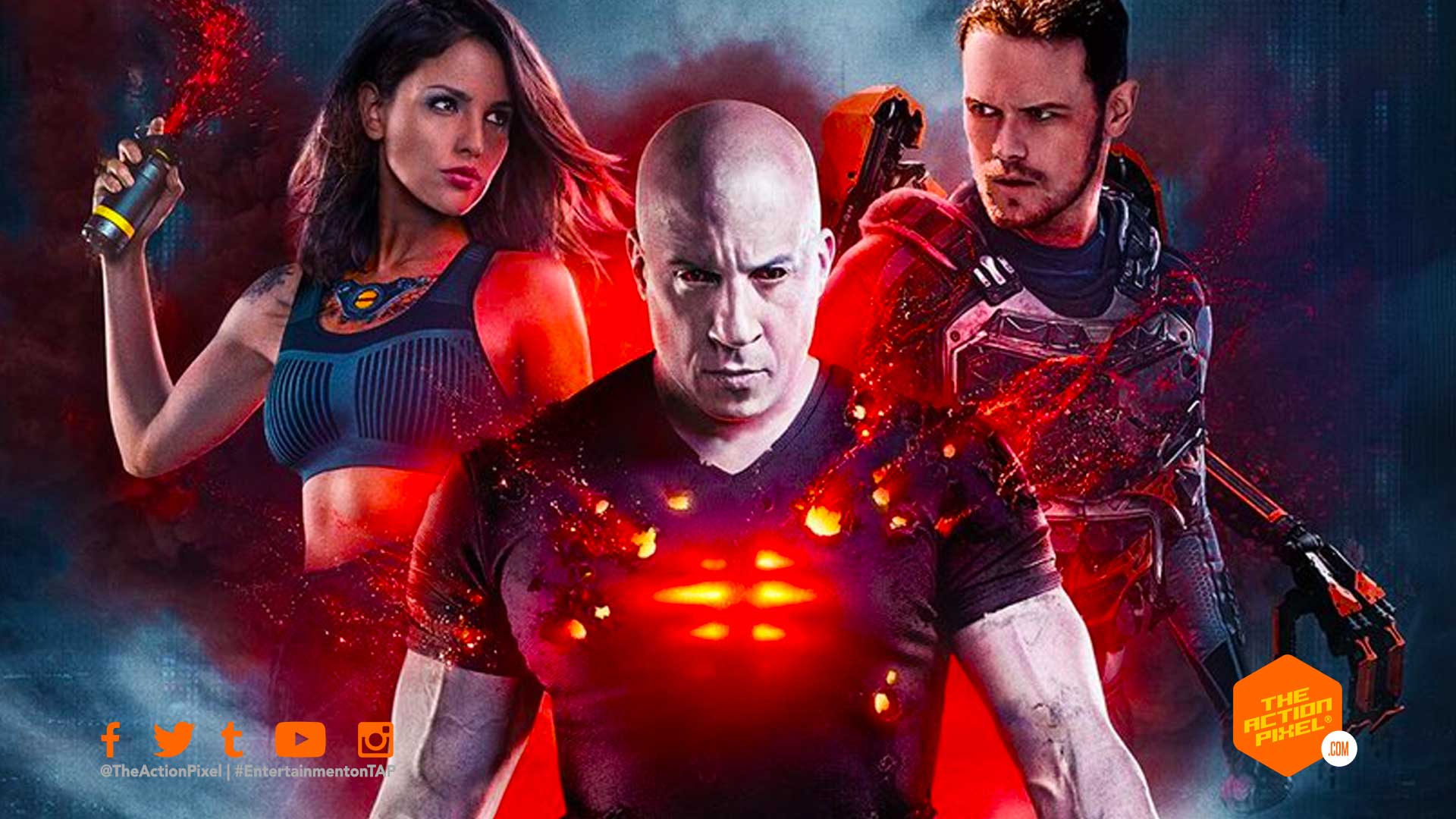 Are you ready for Vin Diesel who plays guttural-voiced strong-man testing out new tech to their limits alongside a Latin bad-ass femme who gets used and betrayed and is out for double-doses of revenge and vendetta? No, we are not speaking of the coronavirus-delayed Fast 9. We’re talking about the comic book movie Bloodshot, which frankly I did risk Covid-19 to go and see it in cinemas.

As Sony steadily tries to acquire more comic book movie real estate to add on to their Marvel-slice, Valiant Comics titular character Ray Garrison is finally up in the forefront in his first-ever film outing – Bloodshot.

So whilst this is new territory for Valiant Comics that has been working overtime on socials to promote Vin Diesel as the infamous rebuilt soldier infused with space-aged biotech that accelerates healing, enhances strength, amongst a lot of cool shit that makes him the ultimate warrior, does the film trod new ground?

Have you tried switching it off and on again?

When it comes to being the elite of the elite, military man Ray Garrison knows his way around the finer and brutal arenas of combat. Nevertheless, he ends up getting taken hostage with his wife, who gets killed right in front of him. Of course, ‘fridging’ followed by the need for revenge follows shortly after. Until Ray himself gets his head shot. Alas, this is where the story begins.

RST, a corporation that does not seem too bothered tinkering around the concepts of human/mechanical augmentation and vanilla eugenics turns Ray into a full-fledged, bio-mechanical Frankenstein science project. Bringing him back from the dead with powerful nanites in his blood that enable Ray to perform better than your average soldier, the transform into Bloodshot is complete. His memories of his past life elude him but not for long, as revenge, whether served late or cold, just needs to be served and Bloodshot goes rampaging.

However, it would seem (which the trailer as much told us, his emotions and body are being manipulated to a certain end, and the targets he has been seeking time and again to revenge his wife – unbeknownst to Bloodshot – are synthesised memories. A false construct piecing together a crafty little hitlist comprised of RST defectors. All so the head honcho of RST can consolidate his power over the advanced tech swimming in Bloodshot’s bloodstream.

And whilst the guy at the top is an easy takedown, there are many discarded but mechanically enhanced soldiers that stand between Bloodshot and some payback.

We are going to be all the way funky. The producers of the ‘Fast Saga’ (if you wanted to sound so contrived) should be care what they put their hand to. Because all that Fast juice is dripping all over this comic book movie. I was half waiting on Dom to make an insipid speech about “family”.

We can’t ignore the fact the formulaic approach has been applied to Bloodshot, from the lackluster motley crew of characters that have their own little quirks that prove to have no character depth. And that the only one worth the saving or showing any remorse is the hot supporting actor chick. Played by Eiza Gonzalez by the who is pretty awesome but sorely underused.

But the main channeling of Fast and Furious came with the outro. Driving off into a sunset. With added cringe of fourth wall admittance of it by the movie’s spastic, unfunny comic relief.

Vin Diesel is not the superstar he once was. Possibly due to doing too many Fasts and not enough Riddicks. Alas, being a household, identifiable name was certainly a plus in the book of Valiant and Sony Pictures in casting the actor as Bloodshot. But was he the right choice?

This is all very subjective, of course, and given the choice between Vin Diesel and other virtual unknowns/ lesser-knowns, there is a high probability that we’d go with the Diesel. Nevertheless, sometimes you have to take a risk, and Valiant missed a potentially great opportunity here.

If Vin Diesel was the actor of choice, I’d have loved to see a more thoughtful, sci-fi thriller of a narrative. Vin is then the bait for pop culture fiends, with the story becoming the net to catch us all.

No true existential angst fuelled by literally resurrecting the dead. Nor any musing on how easy it is to manufacture the semblance of free will. Conquering the grave and being grafted with nanotech goes down pretty smoothly for Ray Garrison. As such the story melds into the countless pulp movies of its kind without contention or qualm. Great for a cash grab, popcorn filler type of movie. Not for a movie that was to cement and erect a comic book publisher’s primary entrance into the comic book movie arena where competition, for the most part, is vast, layered and toweringly fierce.

Fight choreography is always the thing that sets most action film wheat from action film chaff, which is why it should never be understated. And this is not a lead up to me saying the choreography was bad, but something about its edit was slightly offputting.

I constituted this to the many ramp-up speed shots that nether highlighted the grace of a takedown like in 300, not did the slow-motion moments focus on anything in particular for the most part. And the sped up parts, well may have worked to give the sense of impact with every kick and punch, but after several sequences of this, it all becomes too formulaic some of the intricacies of the action sequence gets lost.

It’s bubblegum popcorn action. There is nothing particularly wrong with that. Bloodshot, however, is supposed to be a benchmark for Valiant comics entering the film arena. They have a well-enough-known actor at the helm and Sony Pictures at the rear. On paper, the eco-system looks just about the right to conceive and propel a Valiant Comic Book Movie Universe. But, alas, something went wrong in the cloud chamber.

And because the film did not aim to challenge the status quo, it fell amongst the drudge of not just the average comic book movie, but the average sci-fi movie too. And when your movie is contending with both genres that have prolific entries that speak to human augmentation and the erosion of humanity because of it (hell wasn’t Upgrade like a year or so ago?), you have to stand out in the narrative department.

Many Valiant fans have criticized even moving forward with a Bloodshot movie over XO, but part of me understands. Bloodshot is more of a household name that is more readily identifiable by the Average Joe and Basic Betty.

Sadly, Bloodshot feels like a Fast And Furious movie had their suped-up Japanese imports replaced by military biotech. And with Bloodshot being pitched as a monolith and a shining testament of what is to come from the Sony/Valiant venture… it woefully falls short of touting the great potential we would come expect from Valiant or its titles. Hell, even if you just consider it as just asci-fi movie. As such, contrary to the movie’s tagline, you do need a past to have a future. Hopefully, our memory also fails us when we think of this Bloodshot come time for a sequel or a reboot.

Review 0
3.4 Reviewer
0 Users (0 votes)
Pros
Cons
Summary
Lost a great opportunity with this one, Bloodshot had elements to create a winning formula but chose to play it too safe with the narrative.
Story
Characters
Design/VFX
Music/Dialogue
What people say... Leave your rating
Sort by: