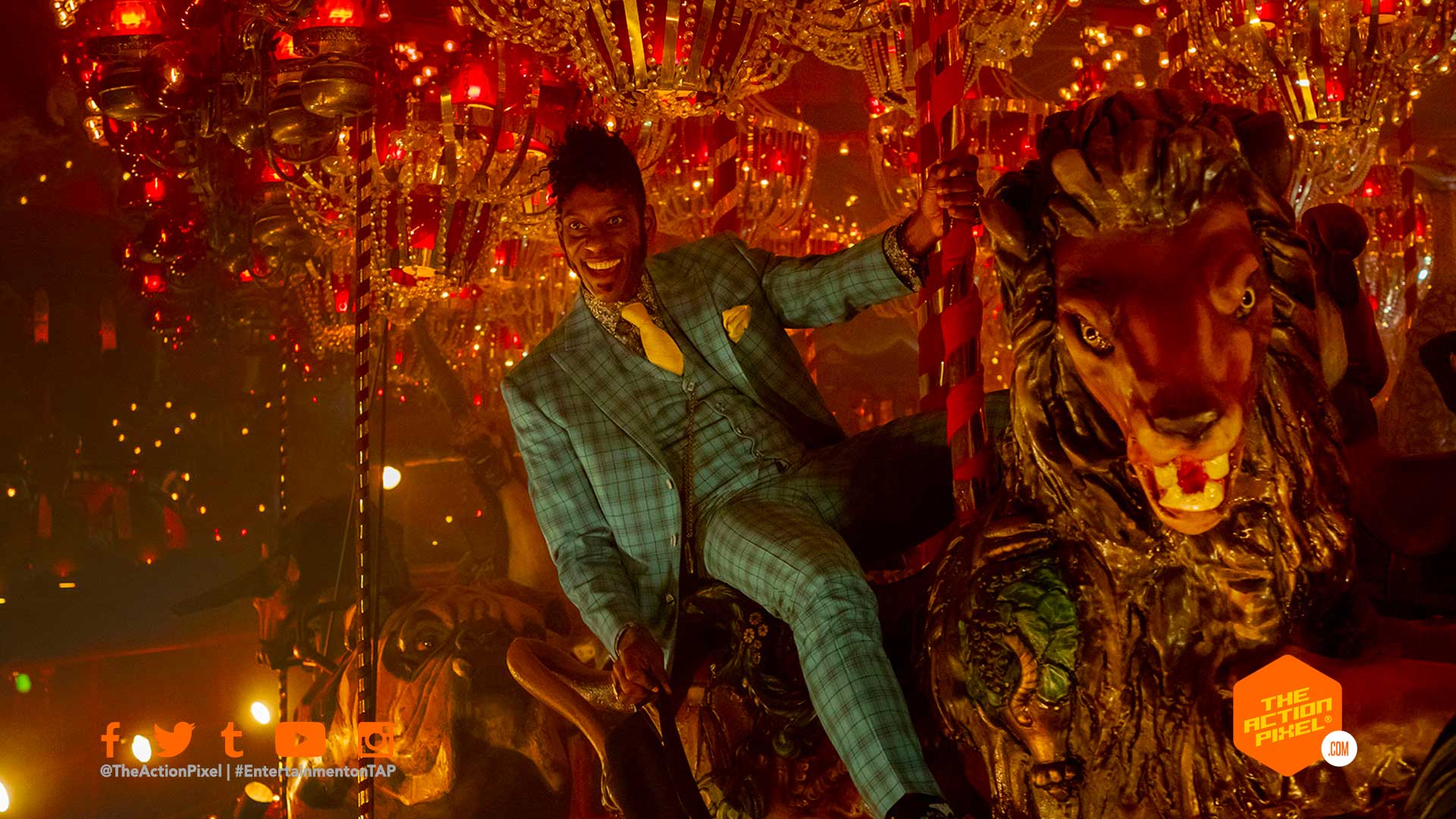 American Gods seemed to do themselves a mighty disservice with news that the iconic Mr. Nancy character – portrayed by actor Orlando Jones – will not be returning for the new season of American Gods.

A spokesperson for the series has claimed the section of the literature inspiring thenext season does not feature Mr. Nancy:

The storylines of ‘American Gods’ have continually shifted and evolved to reflect the complex mythology of the source material. Mr. Jones’ option was not picked up because Mr. Nancy, among other characters, is not featured in the portion of the book we are focusing on within season three

Nevertheless, Jones’ claim, which preceded the above spokesperson’s statement, bore a hefty, damning claim as to why the character was cut from the new season – which ironically relates to the shows most viral, shareable moment of Mr. Nancy, angry black slaves in hull of a Dutch slaveship and “getting shit done”:

The new Season 3 showrunner [Charles “Chic” Eglee] is Connecticut-born and Yale-educated, so he’s very smart, and he thinks that Mr. Nancy’s angry, get s— done is the wrong message for black America. That’s right, this white man sits in that decision-making chair and I’m sure he has many black BFFs that are his advisers and made it clear to him that if they did not get rid of that angry god Mr. Nancy, he’d start a Denmark Vesey uprising in the country

The firing happened way back in September. Jones did go on however to thank American Gods executive producer and author of the source novel, Neil Gaiman, for “allowing me to play this role, for writing this wonderful book, for opening the door for me to become a writer-producer on Season 2 of American Gods, thank you, sir.”

He also thanked Fuller and Green for creating the series, as well as the fans: “Really, this is about you. I hope you loved it as much as I loved doing it.”

Nancy’s character added much flair and gravitas to the line up of Old gods, so it is sad and frustratingly annoying to see him go in such a fashion as this. Let’s hope his rant post will get some shit done as far as getting Mr. Nancy back to godhood.

A “Power Rangers” reboot is happening. Not that one. A whole other one.