Hawkman and Hawkgirl revealed in new "The Flash", "Arrow" and "Legends Of Tomorrow" crossover episode
Advertisement 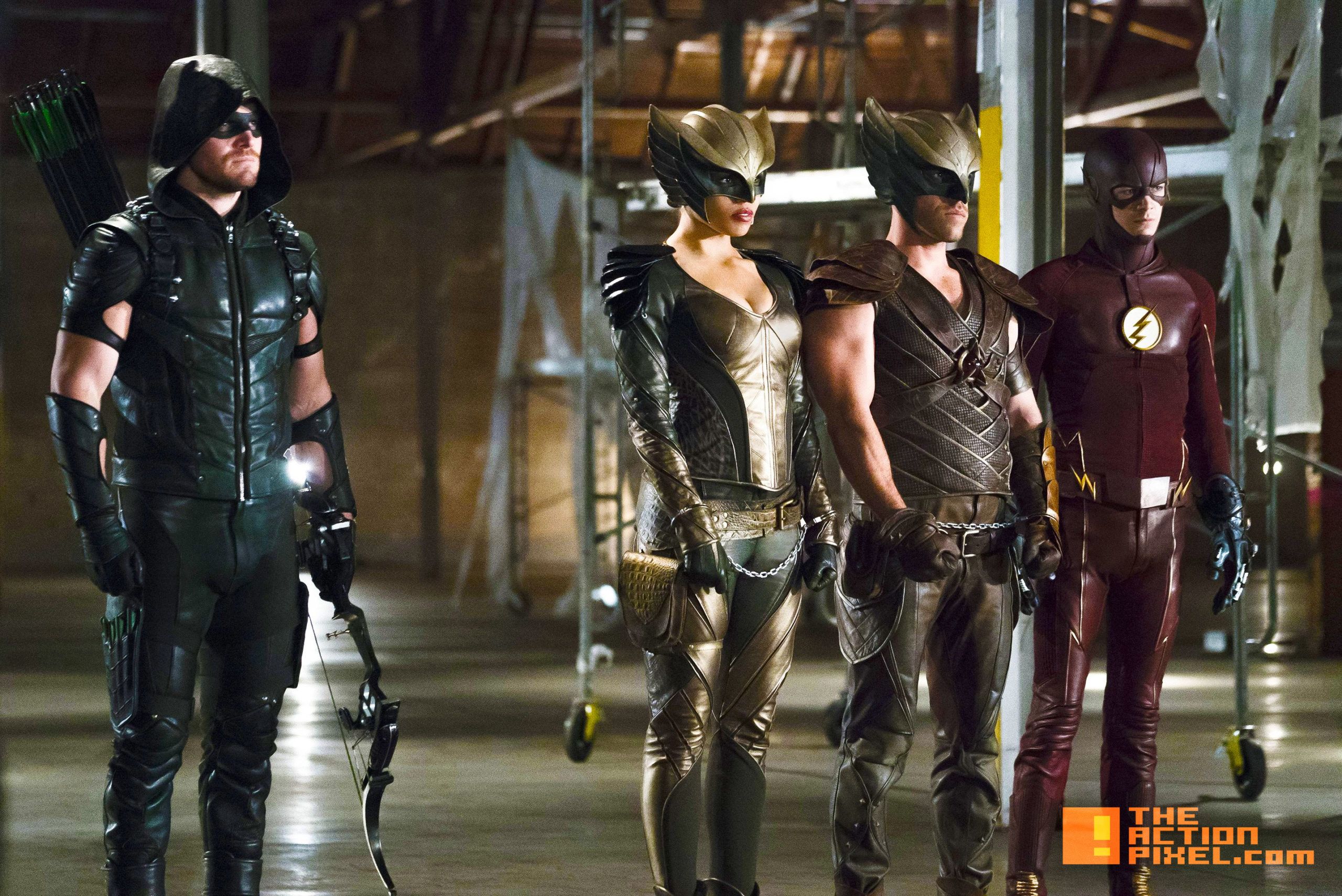 The CW released a spanking new image promoting the trifecta-crossover episodes of DC’s Legends of Tomorrow, The Flash and Arrow.

The high-res image shows a brooding Hawkgirl and Hawkman alongside Arrow and The Flash, who seems to have added a bit of high-tech glove-wear to his arsenal. Must be a Minority Report screen nearby.

Check the image out: 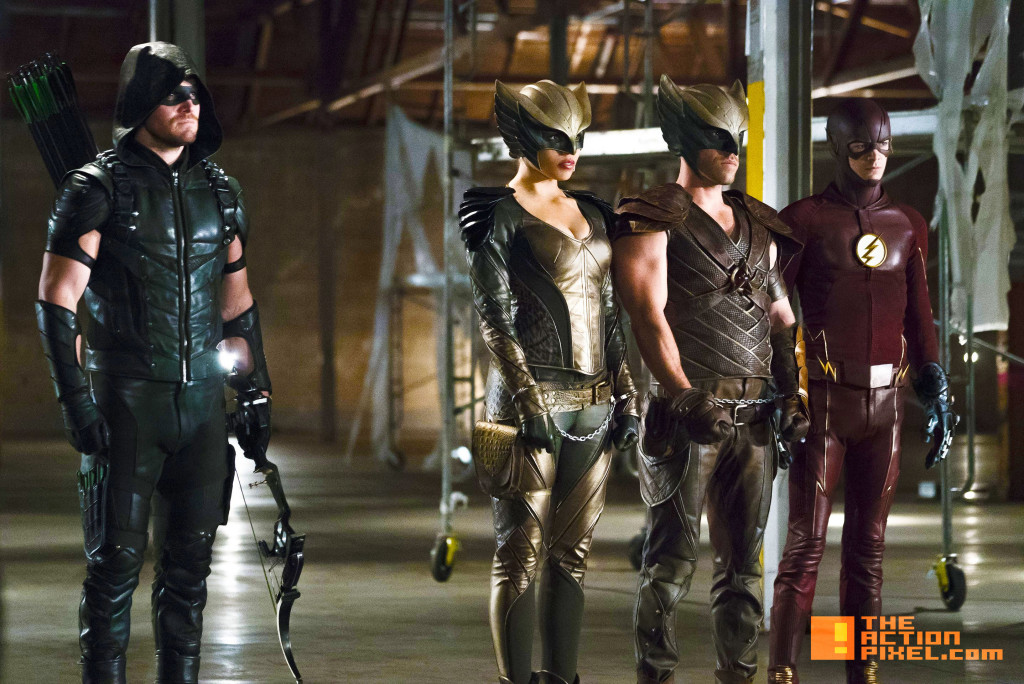 Check out the details for the coming crossover episodes below:
THE FLASH S2 E8 – “Legends of Today” “PART ONE OF THE EPIC CROSSOVER WITH “ARROW” — In its second major crossover event with “Arrow,” Vandal Savage (guest star Casper Crump) arrives in Central City and sets his sights on Kendra Saunders (guest star Ciara Renée). After Vandal attacks Kendra and Cisco (Carlos Valdes), they turn to Barry (Grant Gustin) for help. Realizing how dangerous Vandal is, Barry takes Kendra to Star City and asks Oliver and team to hide her until he can figure out how to stop Vandal. However, things quickly go from bad to worse when a man with wings AKA Hawkman (guest star Falk Hentschel) shows up and flies off with Kendra. Meanwhile, Harrison (Tom Cavanagh) develops a serum to make Barry run faster and asks Jay (guest star Teddy Sears) to test it out. Ralph Hemecker directed the episode with story by Greg Berlanti & Andrew Kreisberg and teleplay by Aaron Helbing & Todd Helbing (#208). Original airdate December 1st 2015.”