Deus Ex: Mankind Divided does away with the controversial "Augment your pre-order" program
Advertisement

Remember that grand idea Square Enix had which had you spending all sorts of money to varied packages of the same game in Deus Ex: Mankind Divided? Well seems fans disliking the video announcement on YouTube was enough to send shudders down Square Enix’s collective spines and they have decided to scrap the whole “Augment Your Pre-Order” shindig. 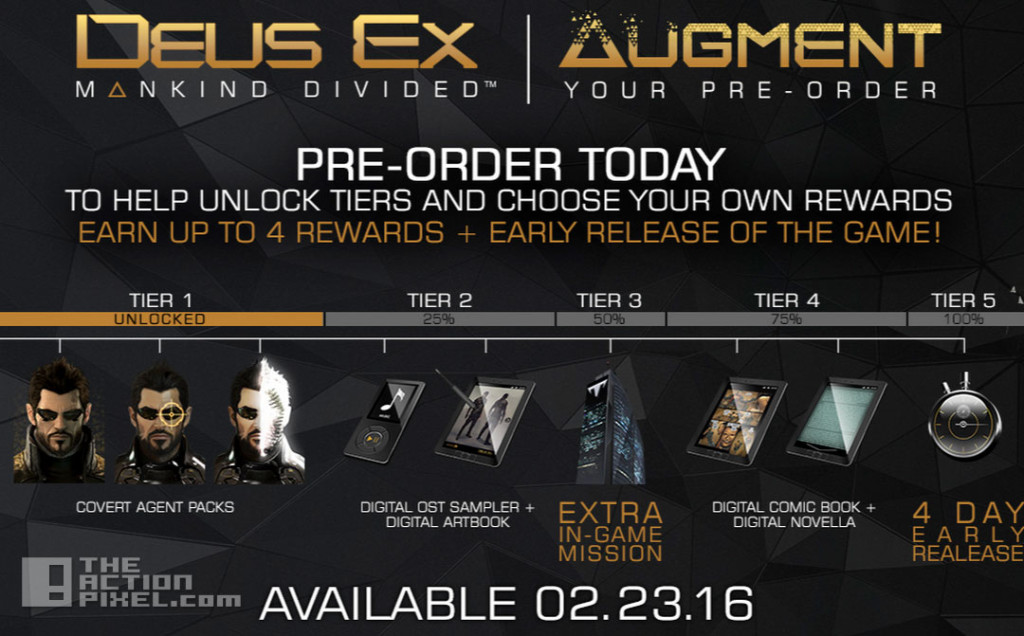 The ‘program’ was designed to let gamers cherrypick from a cluster-load of pre-order bonuses and a whole lot of different options, with different tiers opening up when higher overall pre-order numbers were hit. Pretty much being like “hey fans, if enough of you buy this game before X date, we’ll release it this-much days earlier”. Whose grand idea was that anyway?

But in a blogpost from Square Enix, they seemed to have cut away at all the fluff. Square Enix explains all the incentive content will now be available to anyone who pre-orders or buys a Day One edition of the game, while the release date will remain locked on February 23rd 2016.

So you gamers probably got your negative Caesar thumbs all worked out, so you may want to pull back on the disgust and go pacifist from here on out. Or not.