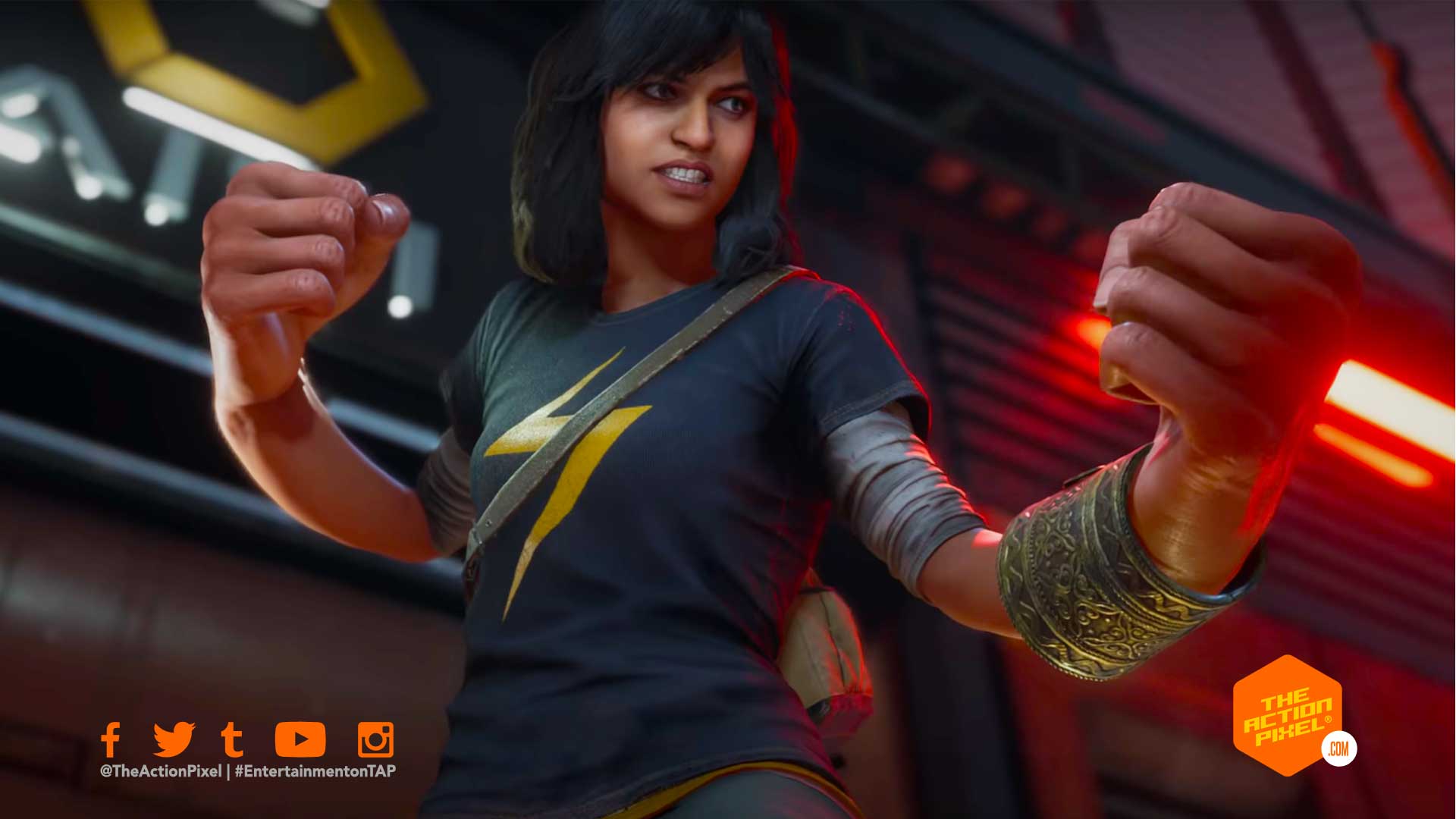 Marvel’s Avengers took to NYCC with a mission in opening up more of their character roster. And we get our look at a new playable character for the Crystal Dynamics + Square Enix game – Kamala Khan aka Ms. Marvel.

And not for nothing, she looks like the new afflatus for the Avengers team. With Cap dead and the members were strewn into near obscurity and infamy, Kamala has a piece of the puzzle that could prove what really happened on A-Day. A wide-reaching conspiracy that has roots in company AIM. And being a playable character herself, she is sure to be a fun addition to gameplay. And a precursor for a Marvel film or series to come.

Plus she can pack a punch.

A self-avowed Avengers fan, in the game’s original story, Kamala Khan must apply her intellect, optimism, and unique abilities to the task of unravelling a global conspiracy.

Marvel’s Avengers will be released on Playstation 4, Xbox One, Stadia and PC come May 15, 2020

“Call Of Duty: Modern Warfare” Launch Trailer gets us ready for the ‘global phenomenon’