Before Dwayne he Rock Johnson gets his Black Adam on in Shazam!, which may be hitting our cinema screens sooner than we think, he will now be making an appearance in a video game adaptation of the infamous 1986 arcade game Rampage.

The Rock will be the last thing standing between giant monster invasion and total earth destruction. 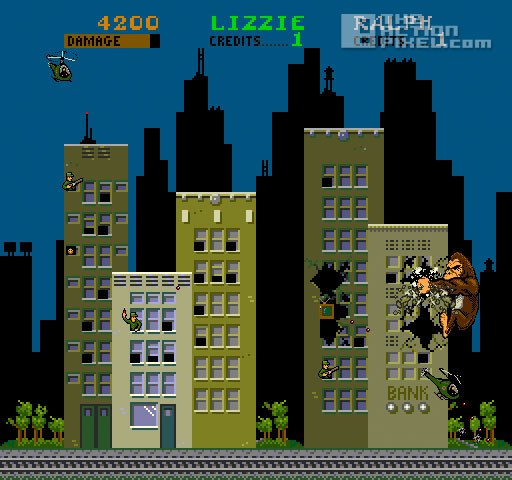 As the story goes in the game, the three monsters started life as humans named George, Lizzie, and Ralph (can’t make those names up) before they were mutated into horrific beasts. George becomes a King-King like creature, Lizzie becomes a Godzilla-like lizard and Ralph a giant werewolf. The aim of the game was to survive the onslaught of militaristic might of the pathetic humans while you destroyed whole city blocks.

Nothing in terms of film synopsis as you can imagine, so they may just reimagine some elements for the film adaptation.

But in any case we could be seeing the Rock going ‘beast-mode’ even more so, if you can imagine such a thing.