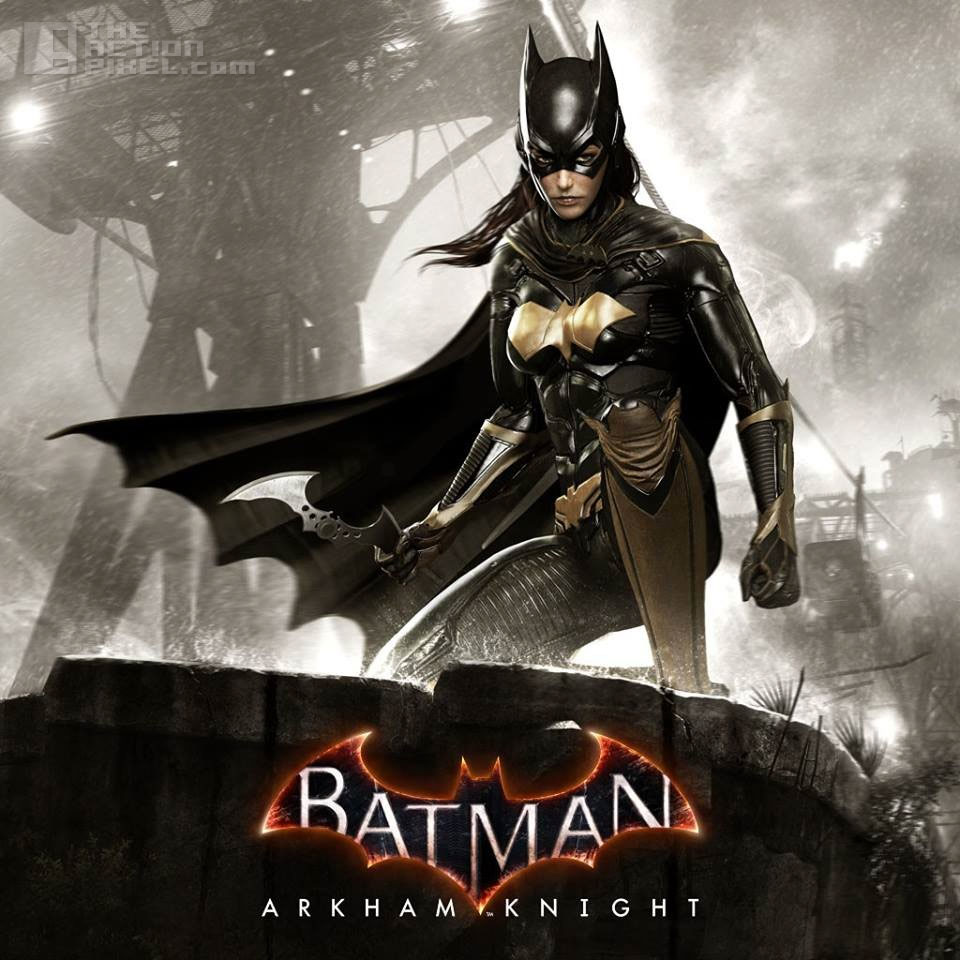 News has come down from Rocksteady revealing (some of) its DLC plans come Batman: Arkham Knight. This comes after the teasing trailer showing a cycle character mode that can have gamers switching between various characters in the spirit of GTA V.

Now gamers can expect among other things, Batgirl to join the ranks of Gotham’s defenders.

Batgirl: A Matter of Family

An all new prequel story expansion in an entirely new location where you play as Batgirl for the very first time in the Arkham series – check out the first render of Batgirl.

The Season of Infamy

Play as Batman’s key allies in narrative missions extending their storylines, from both before and after the events in Batman: Arkham Knight.

Drive the most iconic Batmobiles from Batman’s 75-year history, on custom-built race tracks, each themed to that Batmobile’s specific era. Every Batmobile will be drivable across every race track.

Engage in a series of new challenge maps utilizing the unique play styles of Batman and his allies.

A variety of skins from across the eras for Batman, Robin, Nightwing and Catwoman.

For the first time ever, watch Batman: Arkham Knight’s exciting new “Dual Play” mechanic in action as you switch seamlessly between The Dark Knight and his allies including Robin, Nightwing, and Catwoman in free-flow combat.

With his back against the wall, Batman turns to his closest allies to help him save Gotham City from the clutches of Scarecrow and the Arkham Knight’s army. A familiar face also returns to give The Dark Knight a message he cannot ignore…

See the Batman: Arkham Knight trailer in the player below: