After that epic meeting of the Suicide Squad cast with David Ayer, Jared certainly is in a joking mood, as he channels his character in a pose similar to the cover art of The Killing Joke, the classic Batman comic written by English author Alan Moore and drawn by English illustrator Brian Bolland. Check it out: 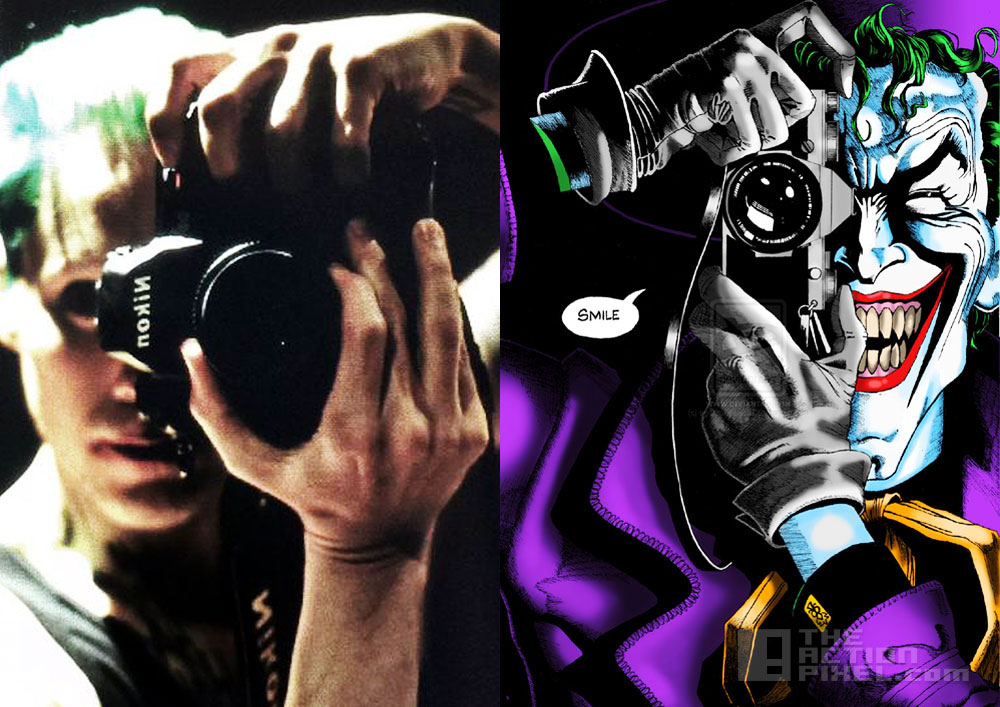 This classic graphic novel was also centre of controversy recently in that Batgirl Joker-variant cover DC pulled. But we get it. It’s a definitive moment in DC, no, dare I say comic book history.

“So what do you think of Jared Leto’s version of the DC clown. Is the Nikon branding irritating you as much as it is us? Should he have opted for a more classic, vintage camera? We just don’t see the Joker getting caught up in the DSLR hype. And most importantly will Jared portrayal of the Joker be a 75-anniversary-worthy landmark in the DCU? Let us hear you thoughts in the comment section!”

The Fantastic Four teases more images of “The Thing”