CW’s Arrow has revealed the finale title and it seems things are reaching a climax for Oliver Queen played by Stephen Amell. The title is one of defiance as it is of defining; Episode #323- “I am Oliver Queen”: 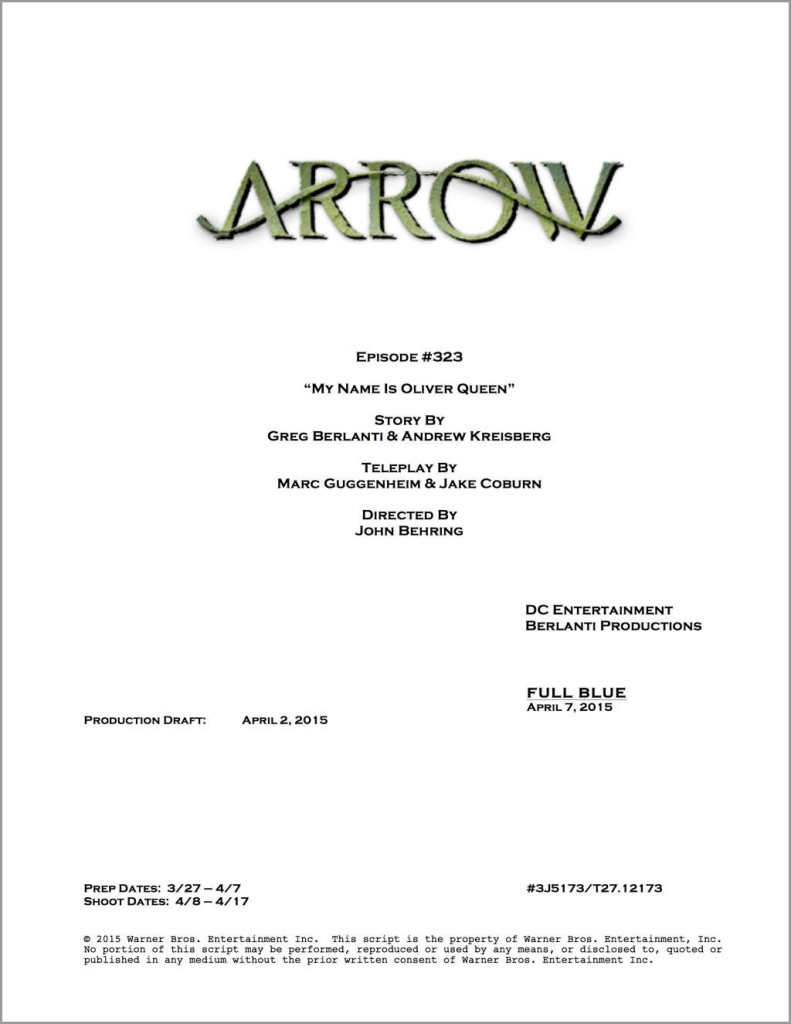 Marc Guggenheim has steady been teasing the final reading and set construct of the finale episode.

What the future has in store for our modern day Robin Hood is something we’ll have to wait and see.