WonderCon 2015 saw a lot of events popping off that sparked interest for us geeks around the world. One of these panels was non other than our hometown Gotham, panelists comprised of Executive Producer / Writer John Stephens and actors Ben McKenzie, Robin Lord Taylor and Cory Michael Smith. And what they divulged in talks witht the attendies to the panel, has DCU fans giddy like a bunch of girls that attend Gotham Academy.

The popular FOX show Gotham, based on the DC Universe of Batman, has been titivating fans with grand possibilities of the shows future direction. Actors gave an insight into how they became involved acting in Gotham. And after teasing fans with the first seven minutes from the next new episode, the Gotham panelists got down to the nitty-gritty.

Fans asked about any familiar faces from the comics they can expect to see in next season of Gotham, to which Stephens talked to length of the seeing more of the ‘fake playboy’ persona of Bruce Wayne. In the villains . In the villain department they didn’t hold anything back about their plans:

Clayface and Mad Hatter are both villains that we’re going to be bringing in. They both have great back stories and great personalities. Clayface especially is a character I want to bring on. He’s going to be a lot of fun

Not only that, but the panelists also teased the Court Of Owls, a question posed by a audience member. Stephen also responded:

The Court of Owls is something that we’ve discussed a lot.We keep getting up very close to it without pulling the trigger. It’s clear there is a group of shadowy individuals who control or are influencing Wayne Enterprises and have great power in Gotham and may or may not be connected to Carmine Falcone. Is that the Court of Owls? Maybe — I don’t know. Keep watching, and those questions will be answered. 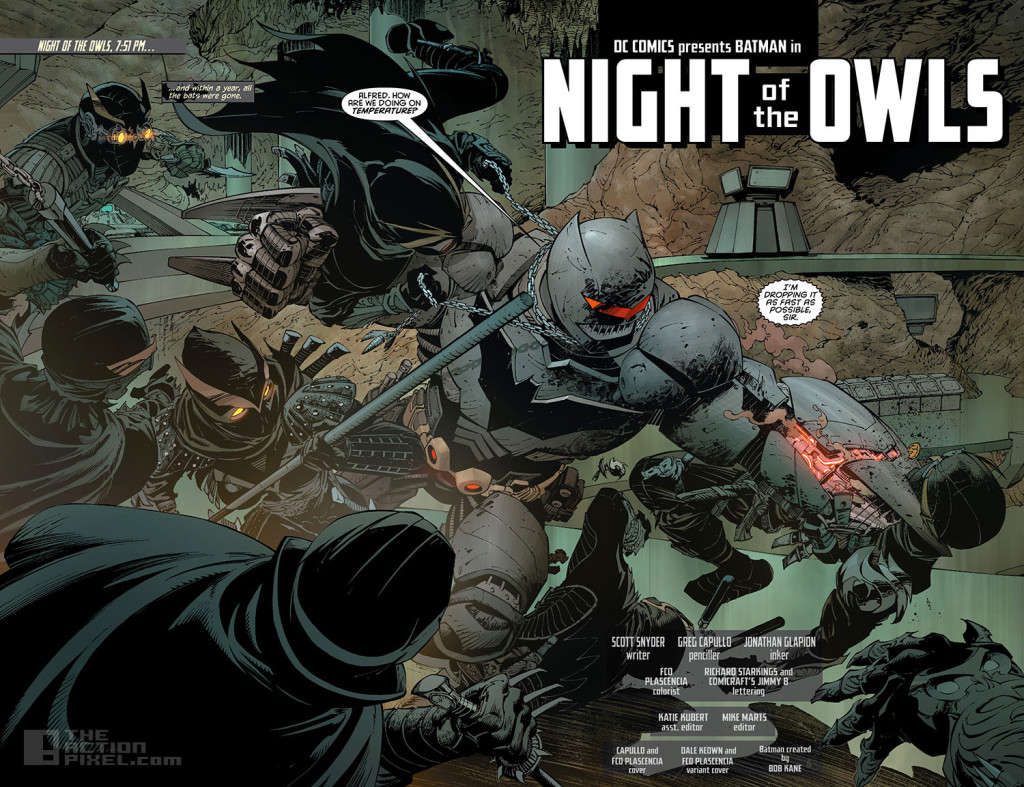 Now that’s what I am talking about. By far the most exciting concept that would fit ever so snuggly in the Gotham Universe. Court Of Owls also features in the animation Batman Vs. Robin, and is based on one of Batman’s most iconic comic narrative arcs. The Court Of Owls is a secret society in Gotham that existed since colonial times, kidnapping kids and turning them in bad ass assassins called Talons.

Now image how much more complex Gotham could get with these new players. I instantly get a visage of From Hell. Sweet.

Deadpool reads about his death on the toilet