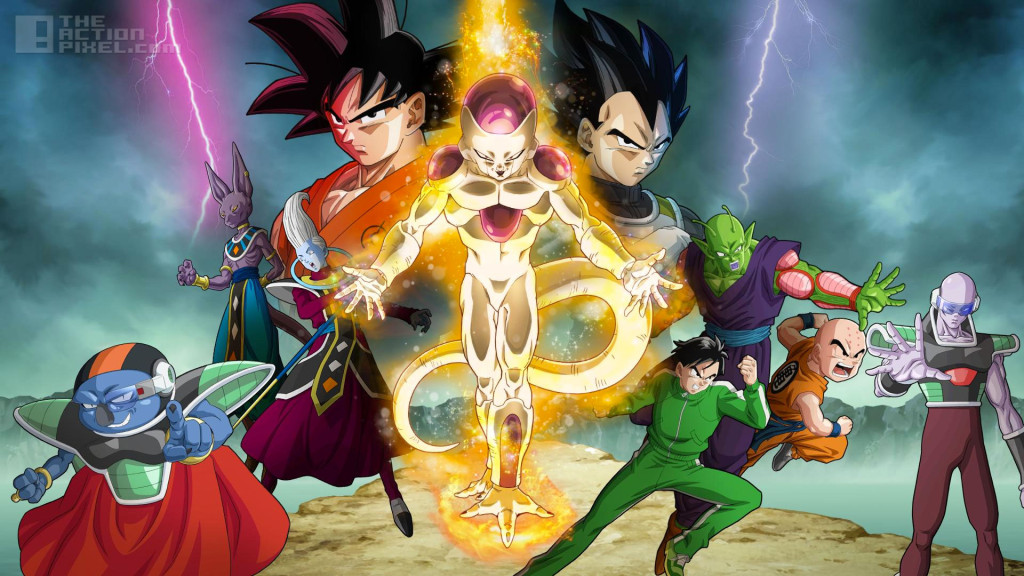 You would be forgiven for not expecting anything so soon after Dragon Ball Z: Resurrection of F. But Toei animation has seen fit to bestow a gift in the form of the appropriately titled Dragon Ball Super, which starts remarkably quickly, beginning in just over 2 months. Toei has released a nice little press release for all English speaking fans.

Reuniting the franchise’s iconic characters, Dragon Ball Super will follow the aftermath of Goku’s fierce battle with Majin Buu, as he attempts to maintain earth’s fragile peace. Overseen by Dragon Ball’s original creator, Akira Toriyama and produced with Fuji Television, Dragon Ball Super will draw on its historic past to create a bold, new universe welcoming to fans and endearing to new viewers.

Introduced as a manga in Weekly Shonen Jump (published from SHUEISHA Inc.) in 1984, Dragon Ball has evolved into a globally beloved brand. Seen in more than 70 countries, with over 230 million copies of its comic books sold, Dragon Ball remains one of the most popular anime series of all time.

“Having loved Dragon Ball since childhood, it is very exciting to be a part of this project,” said Osamu Nozaki, producer for Fuji Television. “Mr. Toriyama has developed a plot that’s not only a dream come true for Dragon Ball‘s millions of fans, but one that will foster in a new generation of viewers.”

“When I joined Toei Animation, one of my first assignments saw me working on the production of Dragon Ball Z,” said Atsushi Kido, producer for Toei Animation. “While there for only a short period of time, being a part of the series left a lasting impression. We look forward to carrying on Dragon Ball‘s tremendous legacy, bringing audiences a brand new Dragon Ball with the same sense of heart and commitment that went into past Dragon Ball productions.”

“I’ve used the word ‘cho’ (super) in so many commercials, games and other media, it is fantastic that the long awaited Dragon Ball Super will finally begin,” said Masako Nozawa, Japanese voice actress of Dragon Ball’s Son Goku, Son Gohan and Son Goten. “I hope that this series will last a long time and have the same impact around the world as its predecessor.”

What we can determine from this is three things, the first being that ‘Dragon Ball Super’ is canon, due to Akira Toriyama’s involvement. The second thing we can understand is that the show begins in July 2015, and finally; that Dragon Ball fans everywhere will not want to miss this.