Attack on Titan has been making its rounds in the cultural entertainment hemispheres, with the coming of the Attack On Titan feature film to hit cinemas. Not to mention the coming live-action series. 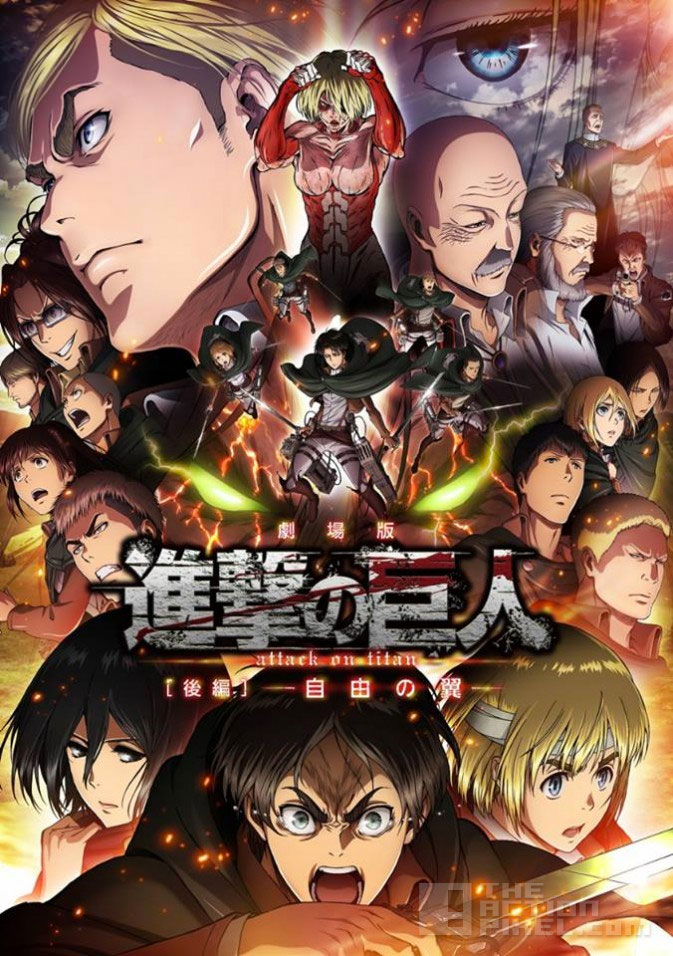 But now anime comes back to the forefront with the announcement of Attack On Titan Part II. Attack on Titan Part II: Wings of Freedom which adapts episodes 14 through 25 of the hit anime series.

Synopsis reads:
It is set in a world where the remains of the human population live inside cities surrounded by enormous walls due to the sudden appearance of the Titans, gigantic humanoid creatures who devour humans seemingly without reason. The story centres around the life of Eren Jaeger and his adoptive sister Mikasa Ackerman, whose lives are changed forever after the appearance of a colossal titan brings about the destruction of their home and the death of their mother.

See the trailer for the anime in the player below: