With New 52 coming to a close and the comicscape-altering Convergence on our doorstep, DC Comics has been dolling out numerous changes to their vet heroes. From Superman’s new power, costume (which has been further “dressed down”) and hairstyle to Batman’s mecha suit to Green Lantern Corp being wiped off the face of the universe like crumbs, including the White lantern. What’s left is a brooding, hooded GL Hal Jordan with a power gauntlet in his ring’s stead. But now the Amazonian Warrior Princess is going through a wardrobe change too.

Wonder Woman’s new costume has been revealed, designed by David Finch. The design builds on the new costume design pegged by Cliff Chiang in New 52, but builds on it with mathcing bracelets and blue contour hugging blue suit that covers all skin from the neck down and some mail / shoulder plates completing the warrior princess garb. Check it out in the David Finch cover art for Wonder Woman #41: 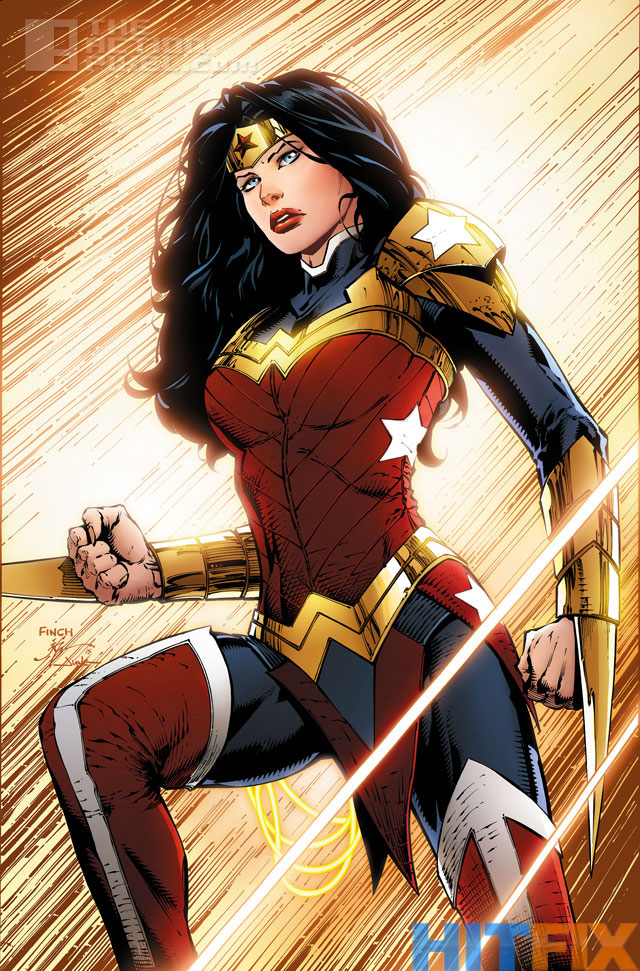 A daring new direction begins with the arrival of a brand-new villain! But while he may be new to us, he’s not new to the world he seeks to tame. And speaking of villains, Donna Troy’s quest to destroy Wonder Woman ratchets up another gear (if that’s even possible!), while the games of the Gods bring dark portents to the ultimate Amazon!