When it comes to those limited edition exclusive bundles for video game franchises, just maybe no one has quite gone the lengths of Dying Light.

In Dying Light, you are in a post-zombie apocalyptic world where you are hunter by day, and prey by night. But scrounging around like rats for survival is really for the 99 percent. So in typical fashion, favour smiles on the 1% who have the resources to avoid the hardships of Zombie survival.

Dying Light has a massive bundle for one wealthy fan that costs £250,000 and is packed full of shit. A (real!!) zombie-proof shelter, night vision goggles, real legit survival parkour lessons, four autographed Xbox One copies of the game… and amongst other things, a pack of adult-sized diapers. You know, if you get the runs while on the run. 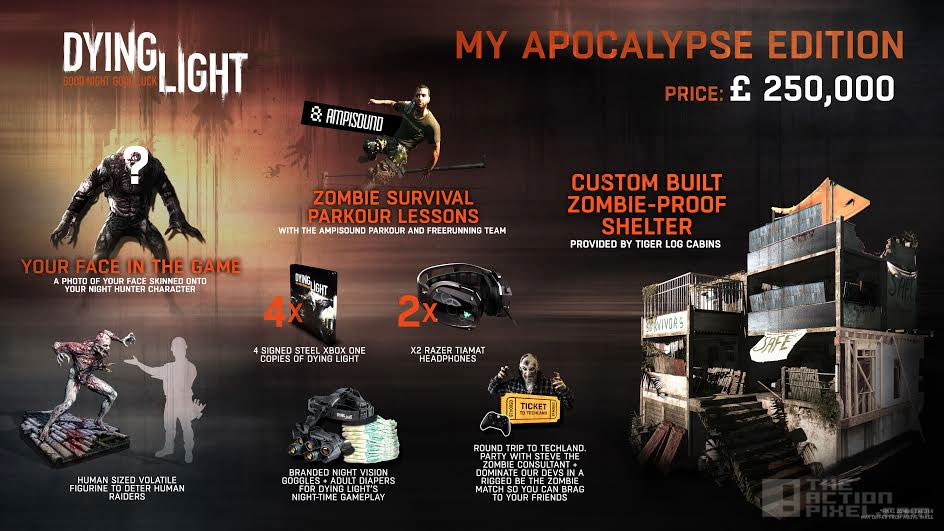 The pack also includes a chance to have your visage made into a terrifying Night Hunter.

Dying Light was originally released January 27th on PS4, PC and Xbox One