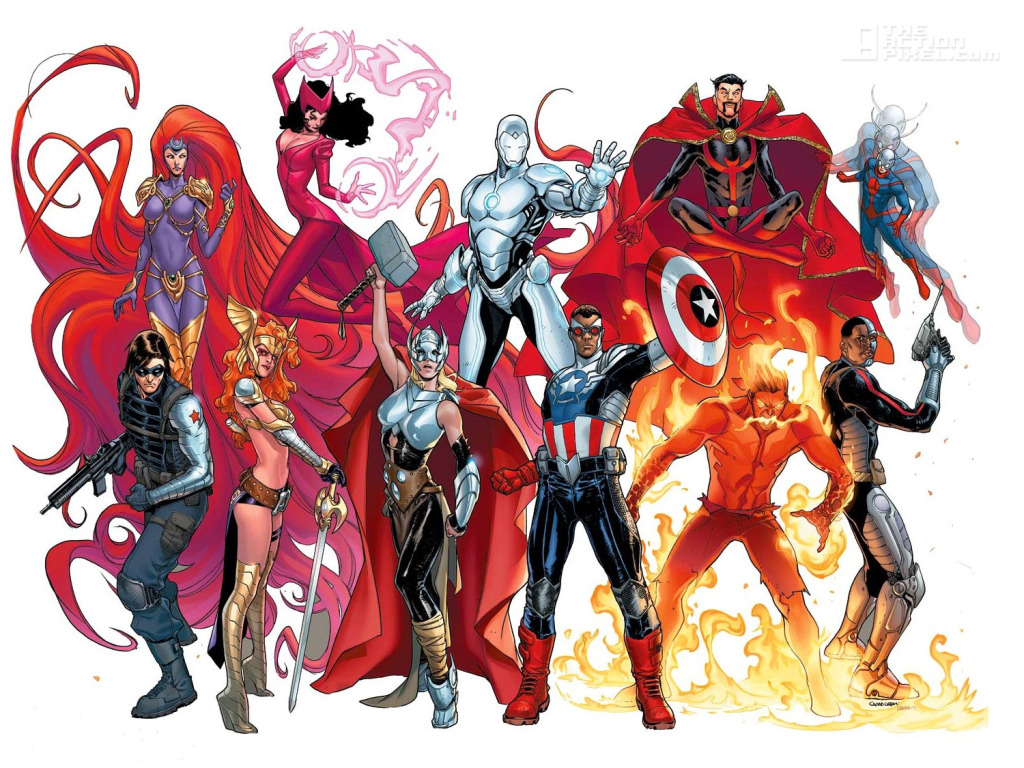 Following the events of Avengers & X-Men: AXIS, Marvel has released a trailer showcasing the new roster of Avengers in the series Avengers NOW!. Quite the eclectic line-up for sure, headed up by the new female Thor and the new Sam Wilson’s Captain America, Superior Iron Man and then some.

See the synopsis below:

The most popular characters. The most acclaimed creators. The most ambitious stories. This is the recharged Avengers NOW!

The Avengers are Earth’s Mightiest Heroes, but these Avengers are something new! Witness the Avengers like you’ve never seen them before as the industry’s top creators and brightest rising starts deliver can’t miss new ongoing series like Thor, All-New Captain America, Superior Iron Man and more.

Check out the Avengers NOW! trailer in the player below:

You can find the all-new ongoing Avengers NOW! series in comic shops, on the Marvel Comics app and on Marvel.com