Stephen Colbert is pretty much world renowned for his politcal brand of satire and politcal humour. And whilst his show is seeing it’s last day by the end of the year as he makes the journey to the Late Show in 2015, it seems the comic will be adorning the pages of… well… a comic. 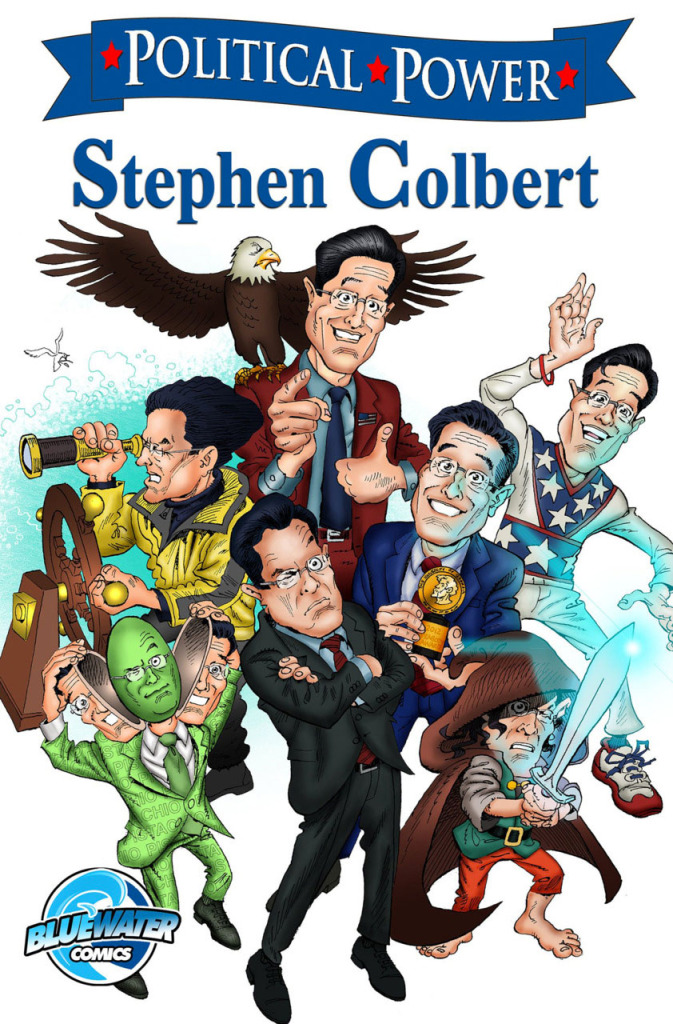 Political Power, a Bluewater Comics publication, is a 22-page comic focussing on the the ‘Renaissance Man’ that is Colbert, sure to be chocked full of humour and political oafish ideology and satire. The comic is written by Hal Hilden and has art done by Kelly Brine, both of which promise the comic will have a barrel of laughs.