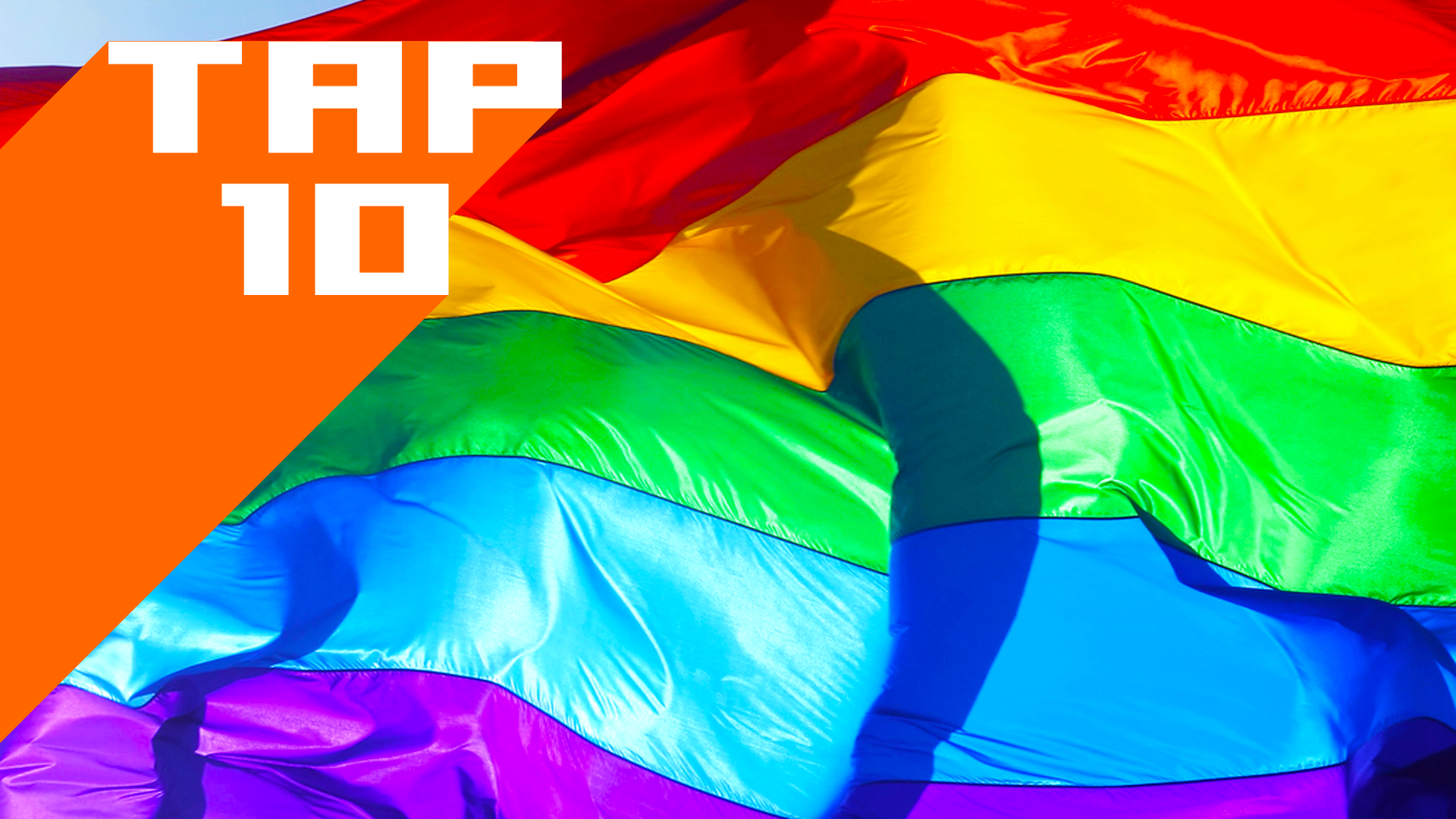 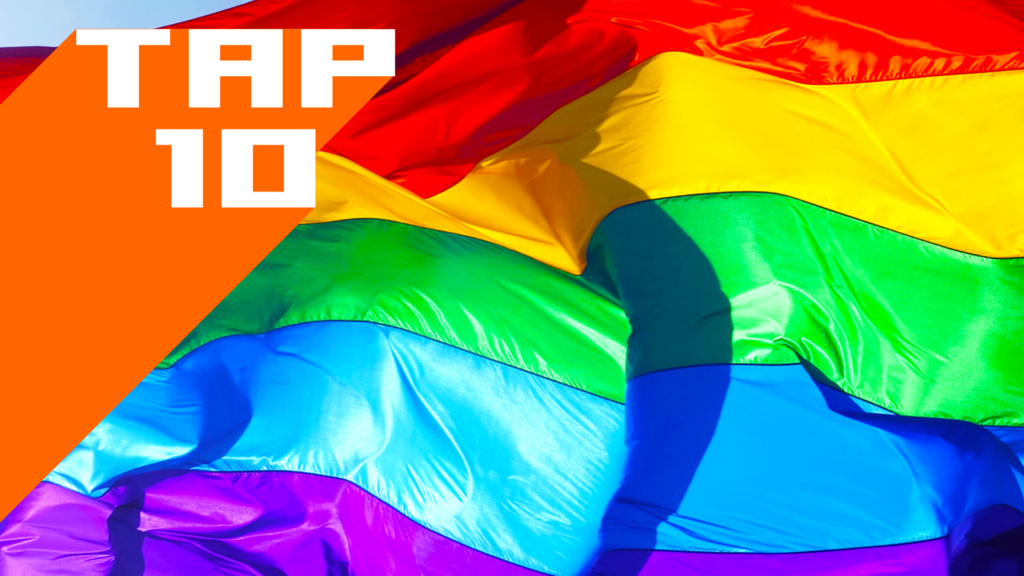 #TAP10 comes once again with the lists. And being the one to make relevant lists connected to what’s happening out there in the great big ol’ world, it’s only natural we take some time to highlight to the heroes that paved the way for the LGBTQ on the page of the comics.

And sorry, if you’re looking for Wonder Woman, Catwoman or Iceman in this top ten list, let me just tell you from now you’re in for some major disappointment. We’re all about the original here. And while some listed may have a ting of the retrograde PC character-revisiting of recent years, they are dwarfed by the concerted efforts to create original LGBTQ comic book characters. Some before it was cool. Or even allowed.

Without further ado, let’s get our gaydar up and running from top to bottom. But in reverse. 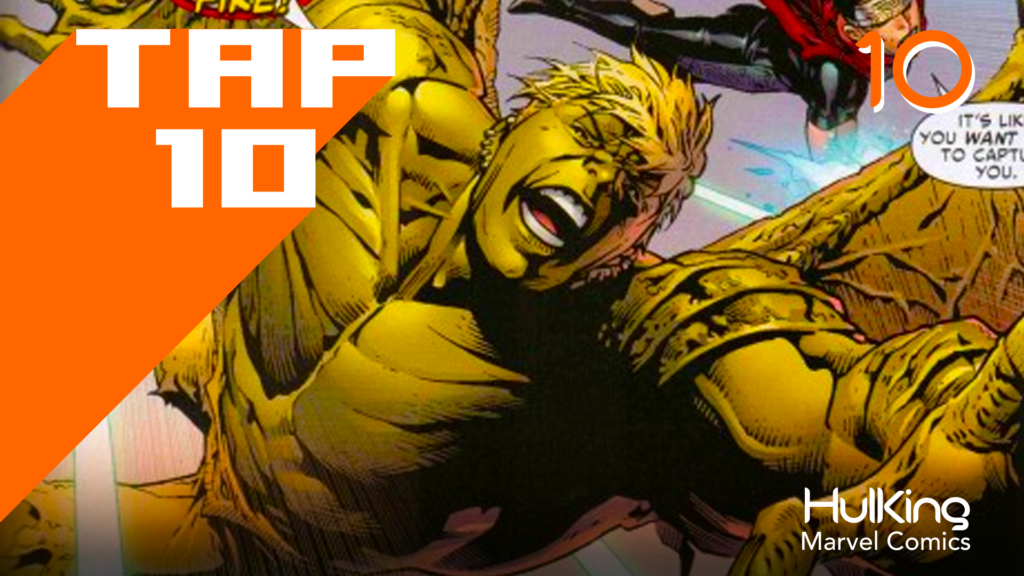 If you love the Hulk, you should get a kick out of the Hulking. But not so much the rage. He has shapeshifting abilities so while does mimic the Hulk, and superhuman strengths, he has the ability to take on different forms. The character has been depicted as a member of the Young Avengers, a team of superheroes in the Marvel Universe and is depicted as openly gay with character Wiccan. 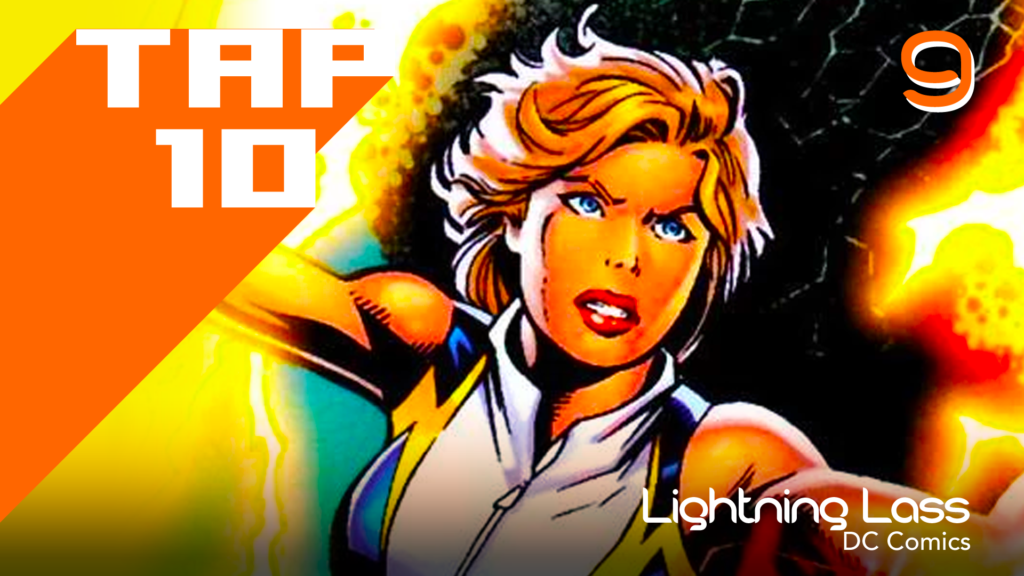 Lightning Lass is a known member of the Legion of Super-Heroes. She also goes by Ayla Ranzz and Spark, Lightning Lass possessed the superhuman ability to generate electricity, usually in the form of lightning bolts. known as a party animal, she has been depicted as bisexual, having been romantically involved with fellow female squad member Shrinking Violet. And there’s Ultra Boy, Timber Wolf, and Sun Boy. As we said, she’s a party girl. 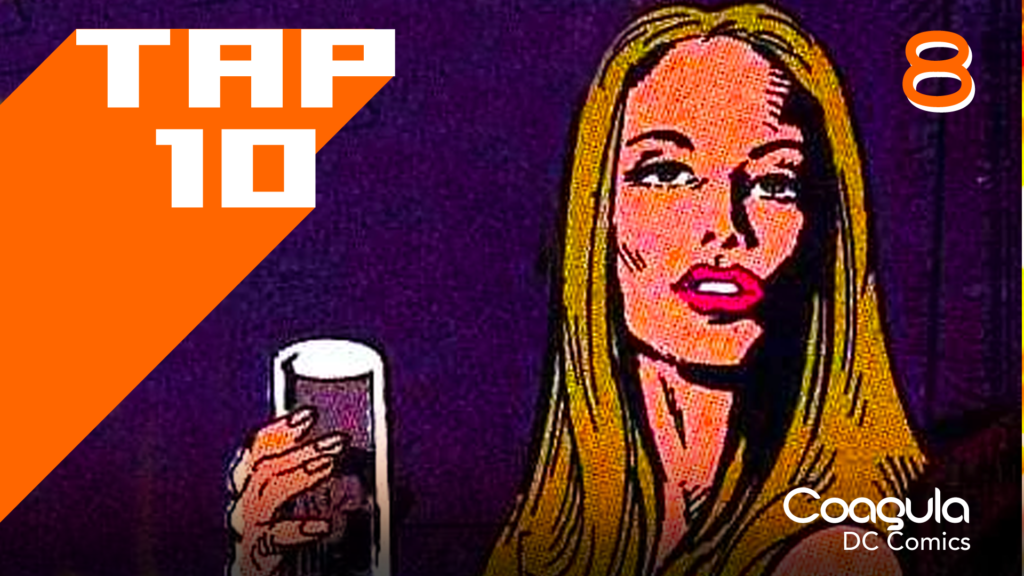 Coagula, aka Kate Godwin, is part of the legendary DC Comic’s Doom Patrol. Kate is a trans woman and remains one of the first (and only?) transgendered characters in comics. As a former prostitute, Kate got lucky and gained powers after sleeping with Rebis. Now Godwin has the ability to liquify solids and solidify liquids with just the touch of the hand. 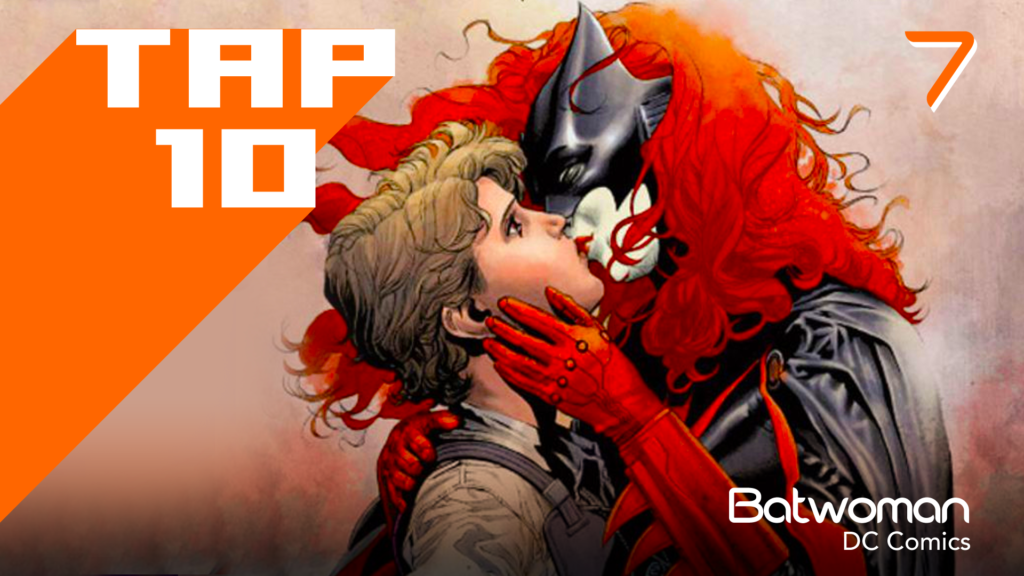 Known as Kate Kane, the Jewish-descendant, military brat takes on the moniker of the Batwoman, her reintroduction to the DC universe brought with it a focus on her sexuality – being a lesbian. People feel the move was more PC retrospective manoeuvring on DC Comics part, but all-in-all she has become quite the staple in the comicsphere as a symbol of the LGBTQ’s growing presence in the medium. And she’s got red hair. All badass chicks have hair. 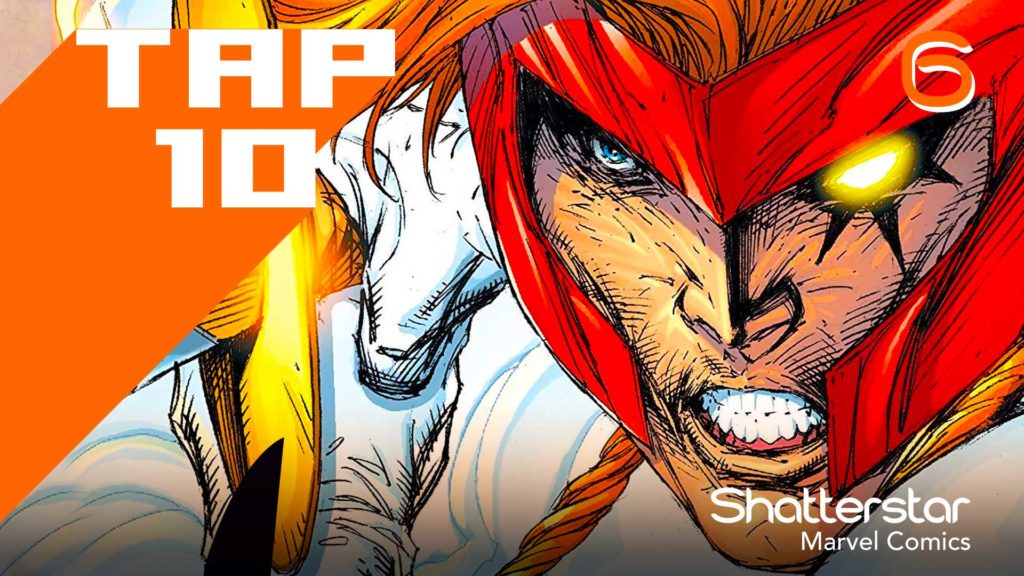 He may have had a short-lived appearance in Deadpool 2, (RIPieces, buddy), Shatterstar had more of an impact on the pages of the comic. Presented as homosexual; or as he would maybe explain it, having a “genetic bond mate” – a kindred soul who he unfortunately never got the chance to meet or fall in love with. Well, that’s about the most messed up soul mate story I ever heard. So for a moment, he was pretty much asexual. Save for the few rumblings he gets for Rictor which various writers like Peter David explored. That’s by no means me making an immature vibrator joke that hints at Shatterstar’s powers to generate vibratory shockwaves and create teleportation portals through his swords.

This slightly went against co-creator Rob Liefeld’s idea of the character, as his asexuality and detachment were a means of using Shatterstar as a lens to observe humanity with. Regardless, the character’s roots are clear. 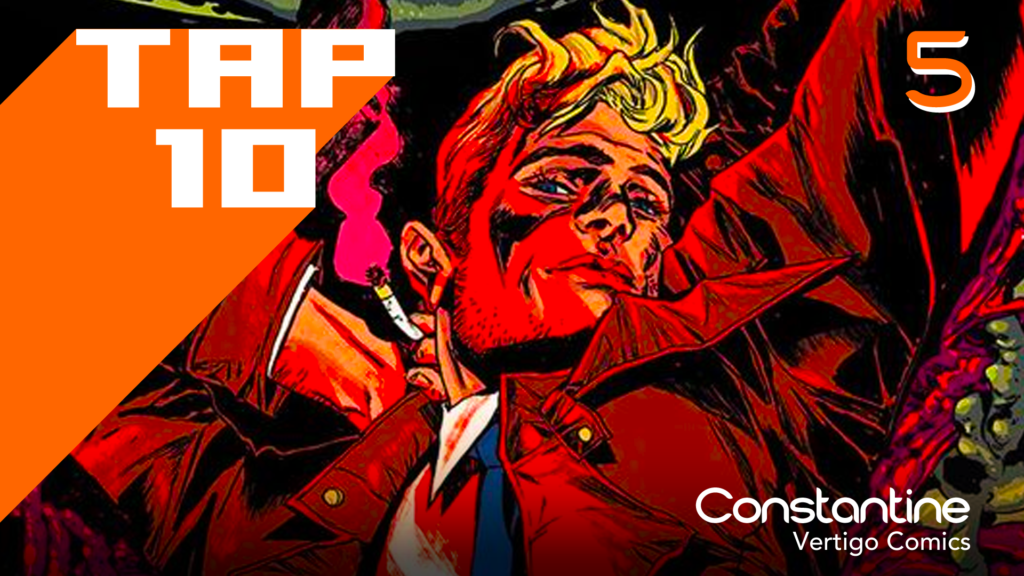 Apart from being the greatest sorcerer in the know dimensions, John Constantine is also bisexual. He sexual preferences were pretty much made know back in 1992, and while there are a few comics that didn’t play to the man’s sexuality, there were a few narrative arcs that explored the spectrum of his sexuality. As it turns out, Constantine is one bad boy all around. 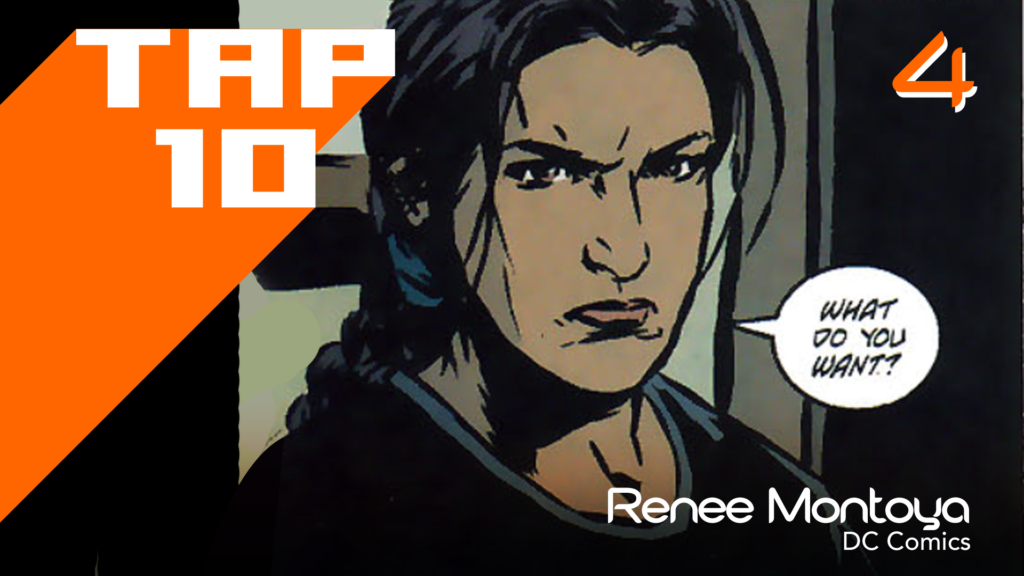 Montoya has always been one tough cookie. And being lesbian made this Gotham-native have a hard time in the GCPD. Outed in a public way in the awesome Gotham Central comic series, she had her world and relationship turned upside down. The Two-Face kidnapping didn’t help much either. Now open about her sexuality, Renee has also been in a relationship with Kate Kane – Batwoman. 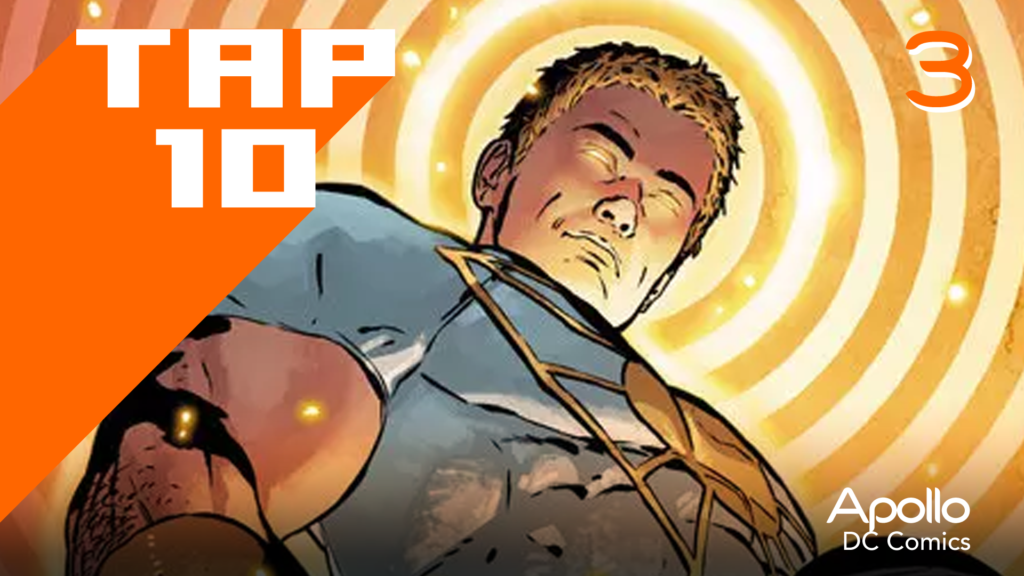 Apollo is one powerful, gay mofo that came under the Stormwatch title. Apart from Northstar, Apollo is one of the few superheroes whose sexuality was hard-coded into their origins, and not so much of a retrograding PC ploy. As the greek god (also gay) name suggests, his power is that of a solar panel times a billion; he has the ability to absorb solar energy, converting it into immense physical strength and speed, nigh-invulnerability, flight, and release blasts of laser-like heat vision through his eye. To put things into context… what Superman is to Batman is what Apollo is to Midnighter. Except Batman and Superman quarrel like an old couple. Apollo and Midnighter are the old couple. 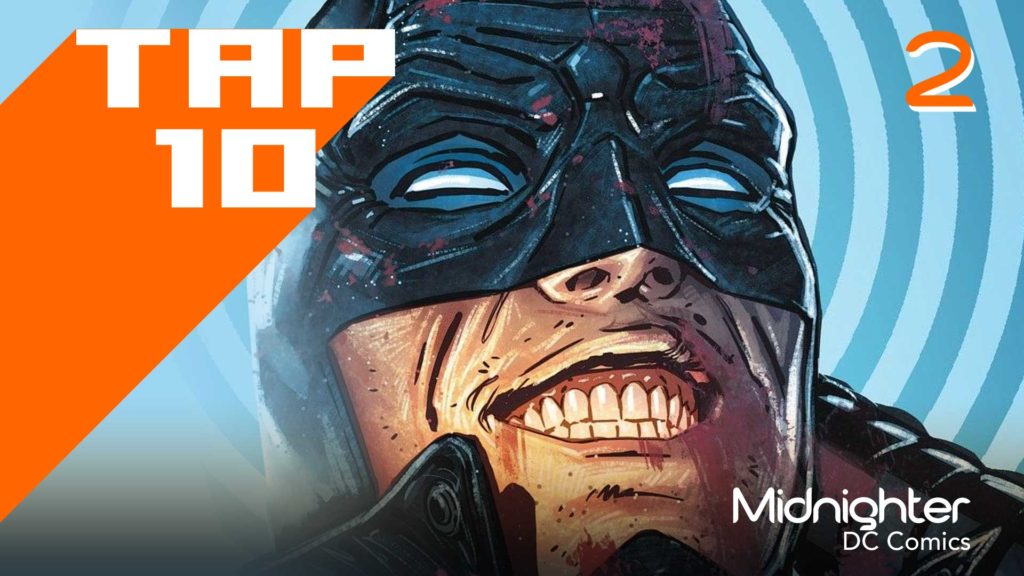 There’s nothing fairy about this brawler and military tactician. Lucas Trent debuted in Stormwatch back in 1998, and he’s been a true icon of the LGBTQ. Trent underwent biological and cybernetic enhancements which effectively turned him into a super weapon, granting powers like an accelerated healing factor, super strength, and heightened reflexes. So in all honesty, Batman may have found his match. Skill-set speaking. Relationship wise Midnighter is spoken for, as he is married to his husband and hero-partner Apollo. 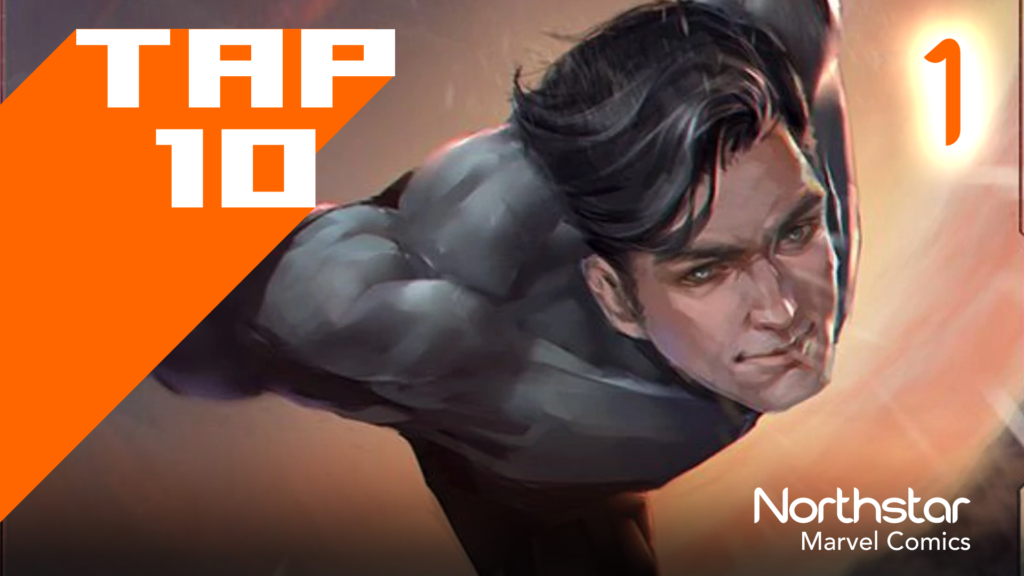 Northstar, aka Jean-Paul Beaubier is a known member of Alpha Flight, but more famously known for his later affiliation with the legendary X-Men. The twin brother of Aurora, Northstar is pretty quick, in the runner/speedster category, of course, and is noted as being the first openly gay superhero. So early was this incarnation of a gay character that the comic codes at the super-tolerant time of the 70’s prevented anything explicit about Jean-Paul’s sexual preference. So when you are technically a first, you can safely assume he’s pretty much paved the way for the gay characters we are seeing in comics today.

Writing this list I noticed a few things, firstly… iconic gay characters are in short stock. This was mostly due to fact that I was with trying to avoid retrograded characters, who’s sexuality was not hard-coded into their origin stories. Things are changing obviously. It’s one of those things I suspect we’ll end up looking back at and say “what was all the fuss about?”

The second thing I noticed is comic books have a commendable but equally sordid history in challenging intolerance we find in the world. Sordid is probably a strong word. Sometimes artists and writers get it right. Sometimes it’s a miss and a fail. Not to mention there always seems to be the need to have one character define and give context to the presence of another. But in the end, it’s all about forwardness and growth, and anything that gives birth to the necessary discussions we should be having as human beings is a plus in my book.

“Ant-Man and The Wasp” release ‘Universe’ and ‘War’ TV Spot