Christopher Nolan’s Interstellar has been out for a moment, showing the director has been keeping quite busy after his Dark Knight trilogy. In fact, Nolan’s narrative exploration has made a right about turn back to the spreads and panels of the eternal comic. 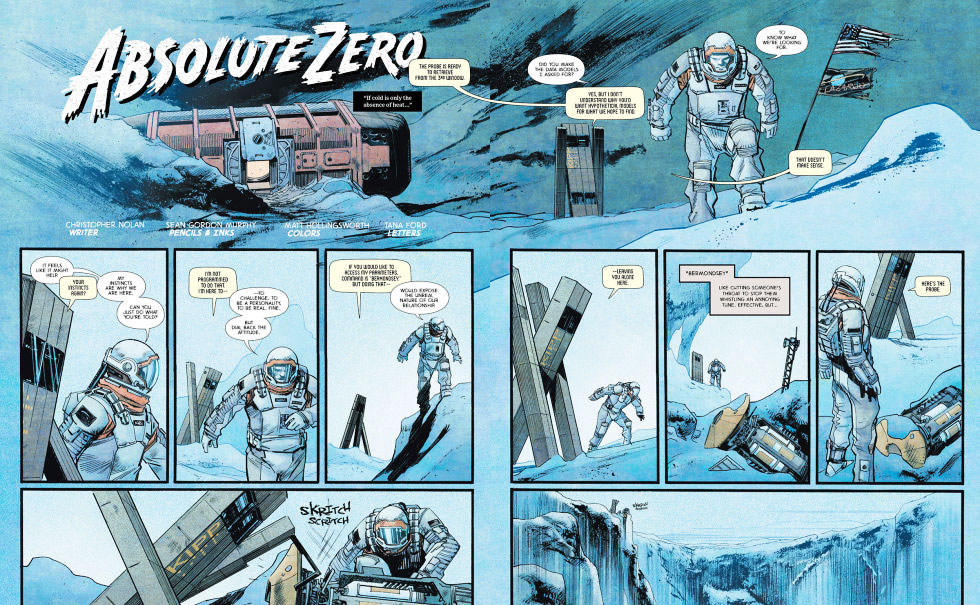 Absolute Zero is an e-comic that is based on the Interstellar narrative, that follows the main character Dr. Mann’s first days on the ice planet as part of the Lazarus excursion. Total loneliness, isolation and mania slowly start to permeate Mann’s sanity for the worse, and this struggle intensifies as we see both in the film and comic book narrative.

The comic features guest edit and written by Christopher Nolan and pen and ink by Sean Gordon Murphy, letters by Tana Ford and colours by Matt Hollingsworth. See the comic in its entirety on Wired and let us know what you think.