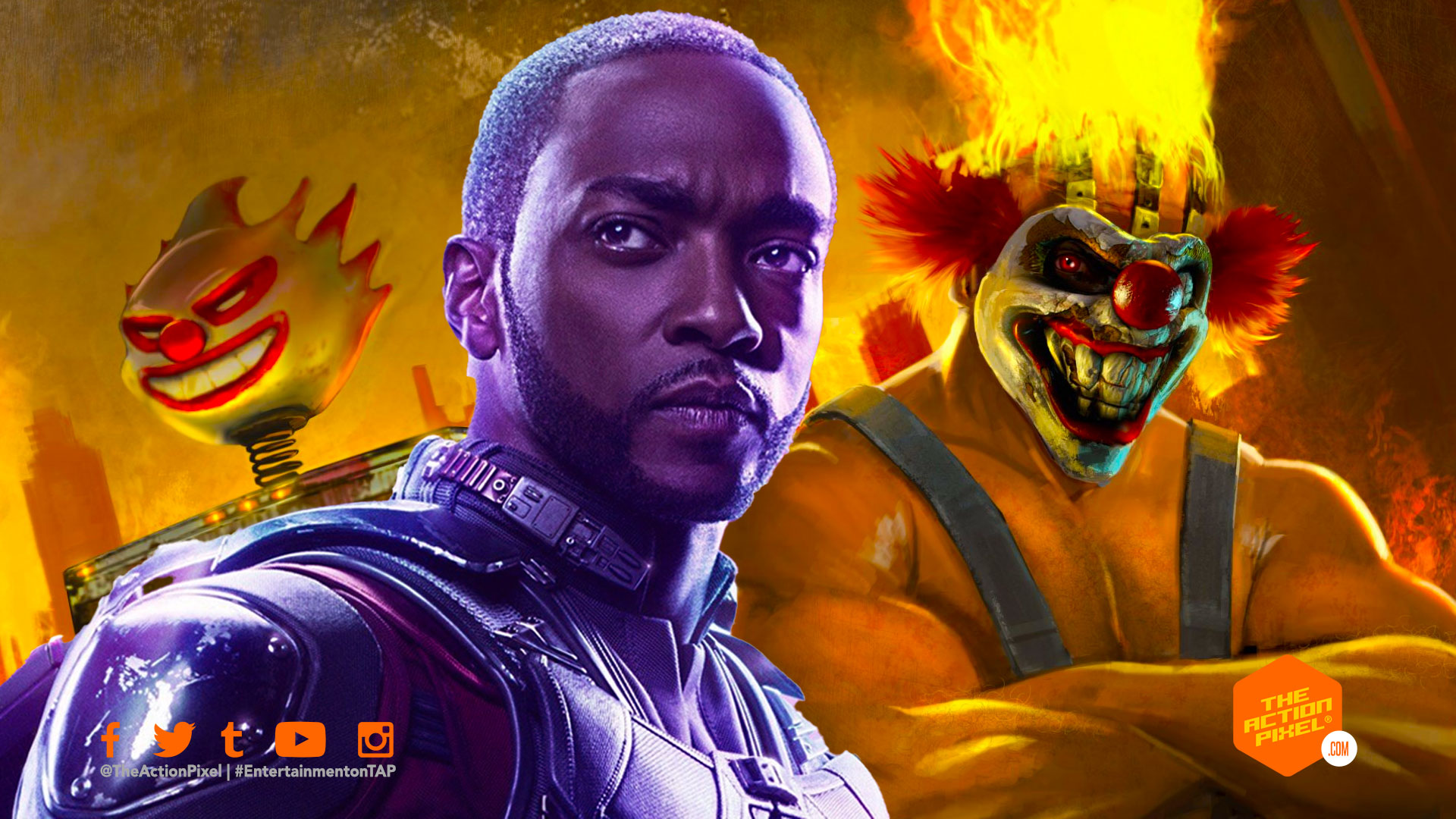 Anthony Mackie may have acquired the mantle of Captain America in the forthcoming Captain America 4, but the actor will be losing a name in this next upcoming project he is undertaking with Sony TV and Playstation.

There is a live-action TV series in the works based on the prolific, sadistic gaming franchise that is Twisted Metal. And Mackie is set to star as John Doe.

Asad Qizilbash, head of PlayStation Productions had this to say about the news:

We’re thrilled to have Anthony Mackie on board. His ability to blend comedy, action and drama is perfect for the Twisted world we’re creating.

Twisted Metal is a high-octane action-comedy based on an original take by Deadpool writers Rhett Reese & Paul Wernick. The film centers around a motor-mouthed outsider offered a chance at a better life, but only if he can successfully deliver a mysterious package across a post-apocalyptic wasteland. With the help of a trigger-happy car thief, he’ll face savage marauders driving vehicles of destruction and other dangers of the open road, including a deranged clown who drives an all too familiar ice cream truck.

Mackie’s character Doe is a smart-ass milkman who talks as fast as he drives. With no memory of his past, he gets a once-in-a-lifetime opportunity to make his wish of finding community come true, but only if he can survive an onslaught of savage vehicular combat.