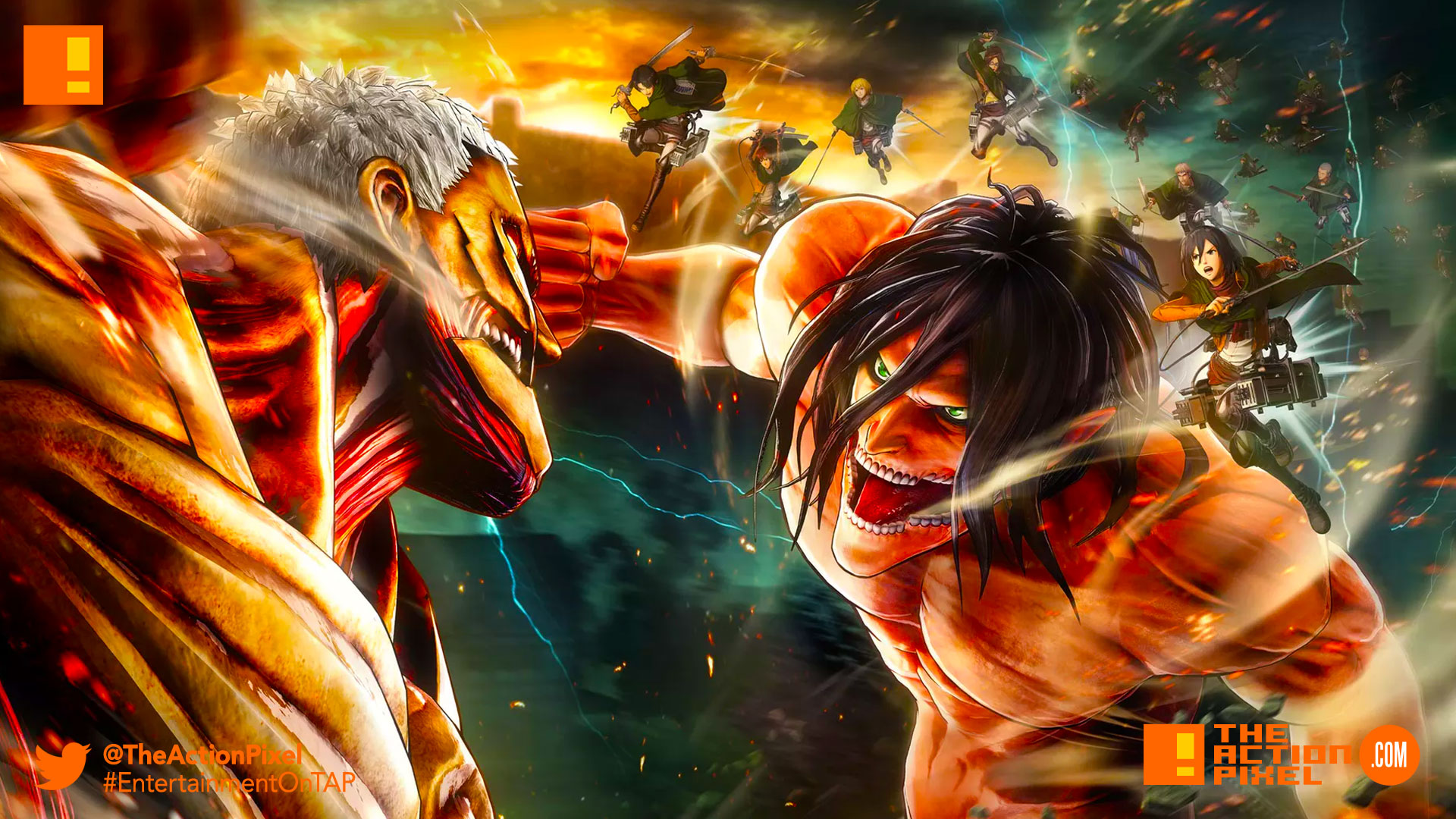 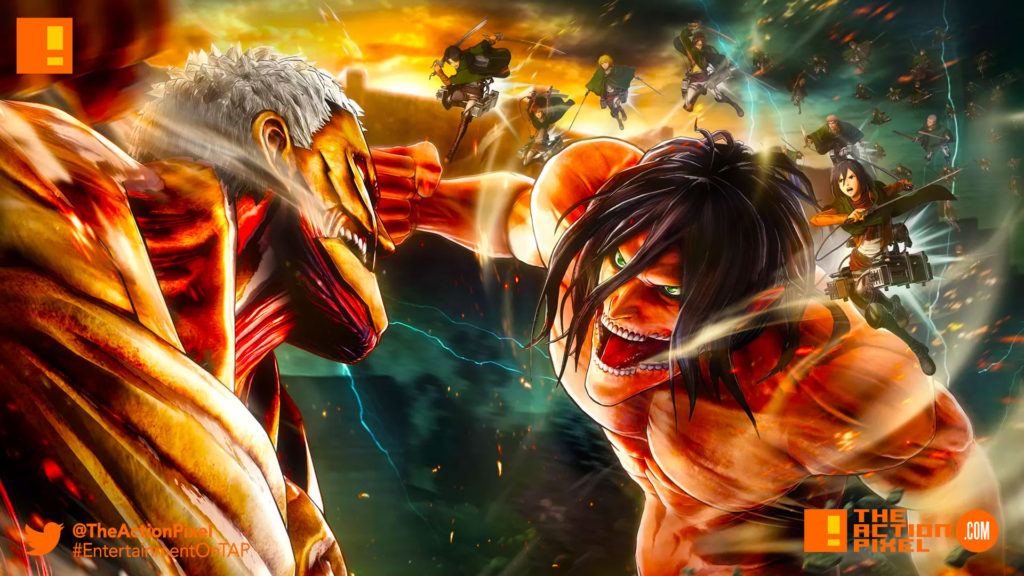 Koei Tecmo did a solid this week and confirmed that the Attack on Titan 2 game is coming to Nintendo Switch, PlayStation 4, Windows PC and Xbox One in North America and Europe.

The sequel of Attack On Titan game, according to producer Hisashi Koinuma, is looking to get things right this time around with regards to the intimidation level of the Titans:

Because we really focused on the anime fans, the difficulty level [for Attack on Titan] was a little easier than what traditional game fans are used to. The threatening menace of the Titans wasn’t as strong, so for the second game we’re currently working on that.

With the first one we really focused on the Omni-Directional Mobility Gear movement, making that fun and easy to operate, so the focus on the Titans wasn’t really the key factor. In terms of making the titans scarier, it’s really the AI themselves, giving them a lot more variation … to add that element of fear and to make it more like the original comic. You don’t know when the Titans will attack, you’re constantly in this state of fear.

Omega Force manager Hideo Suzuki also offered up some details as to where in the AoT timeline Attack On Titan 2 would come in:

The game story will follow season 2 but it’s more like we did with the first game. We had a bit of original story after the anime season ended. Characters will have side stories. We’ve [worked with] the original manga creator and publishing company Kodansha; they’ve been supervising the content. We’re not diverging too far from the original character setting.

Plus, check out these images from the project: 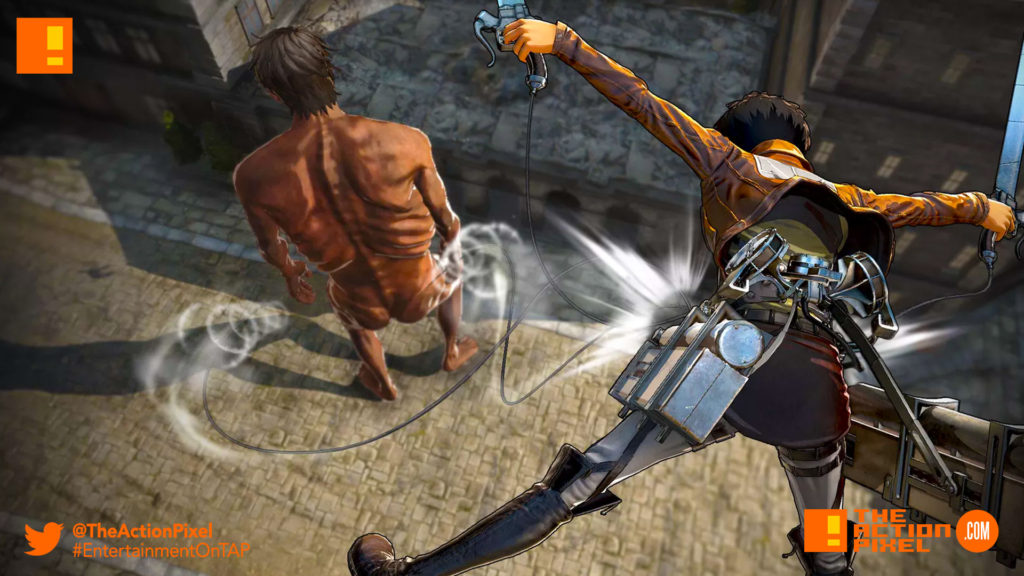 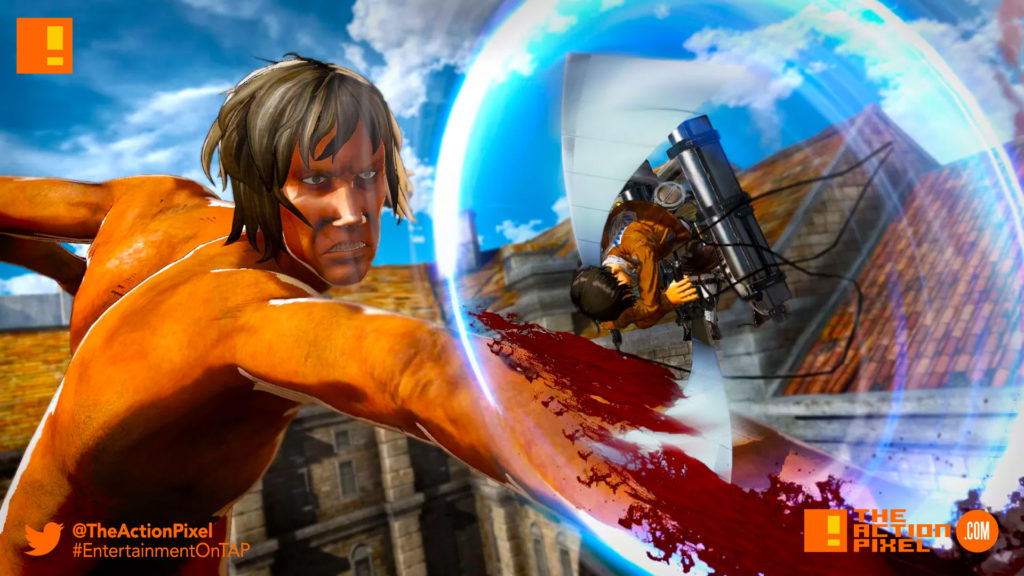 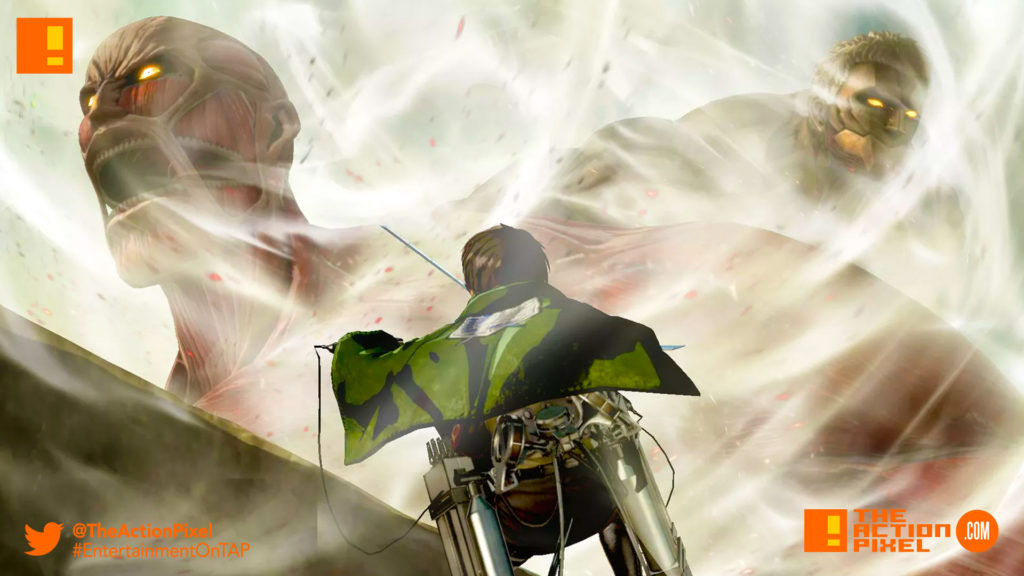 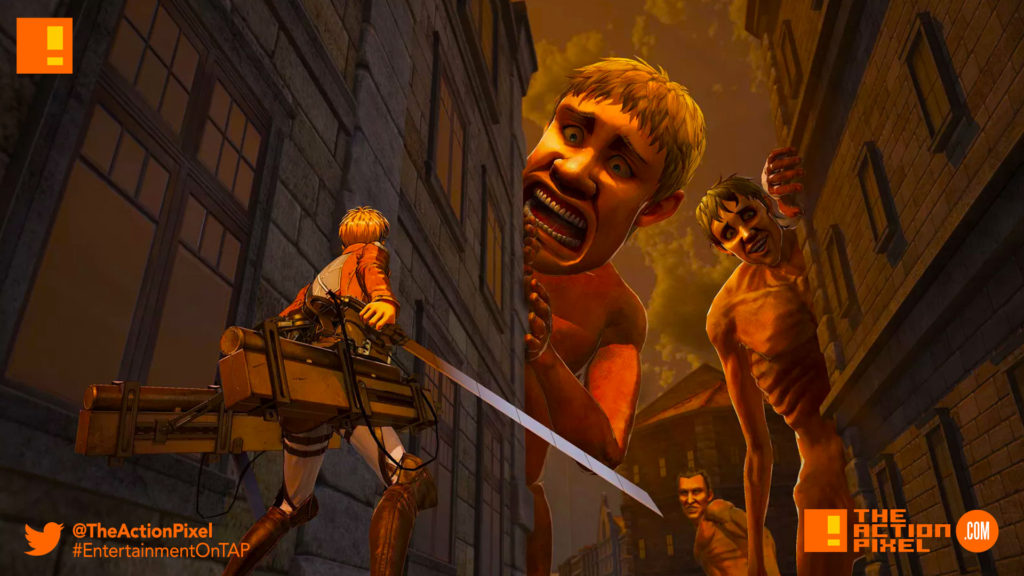 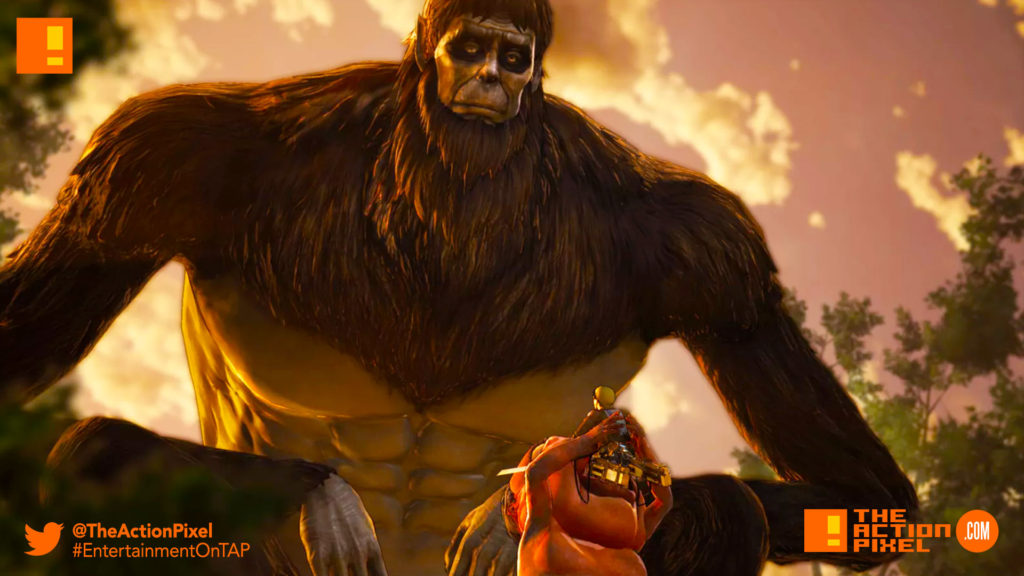 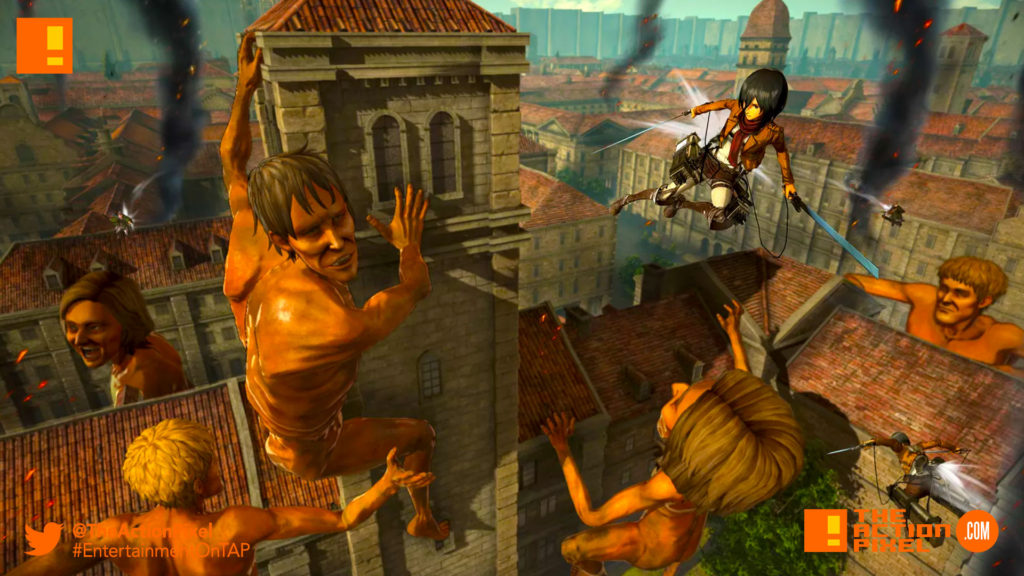 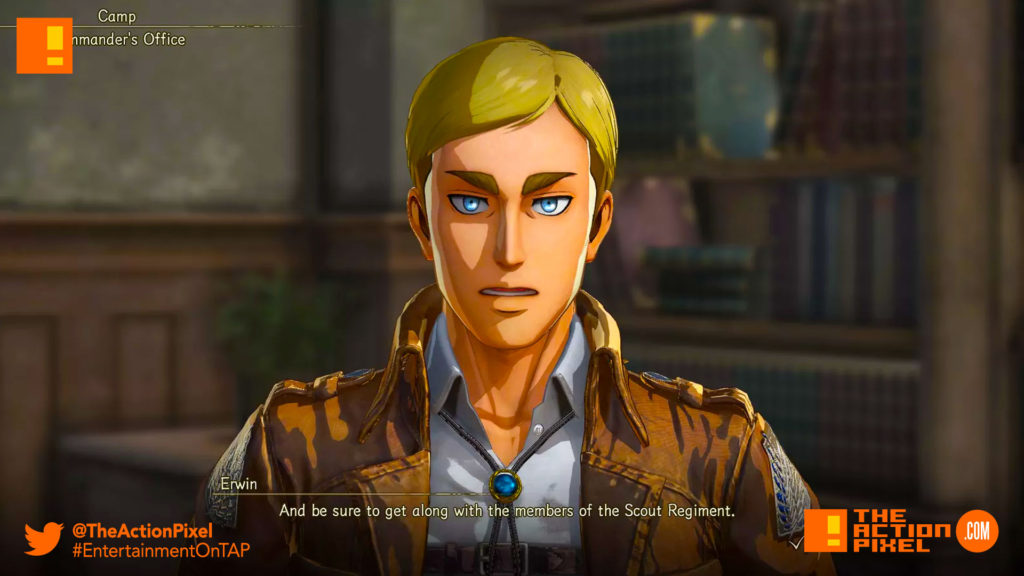 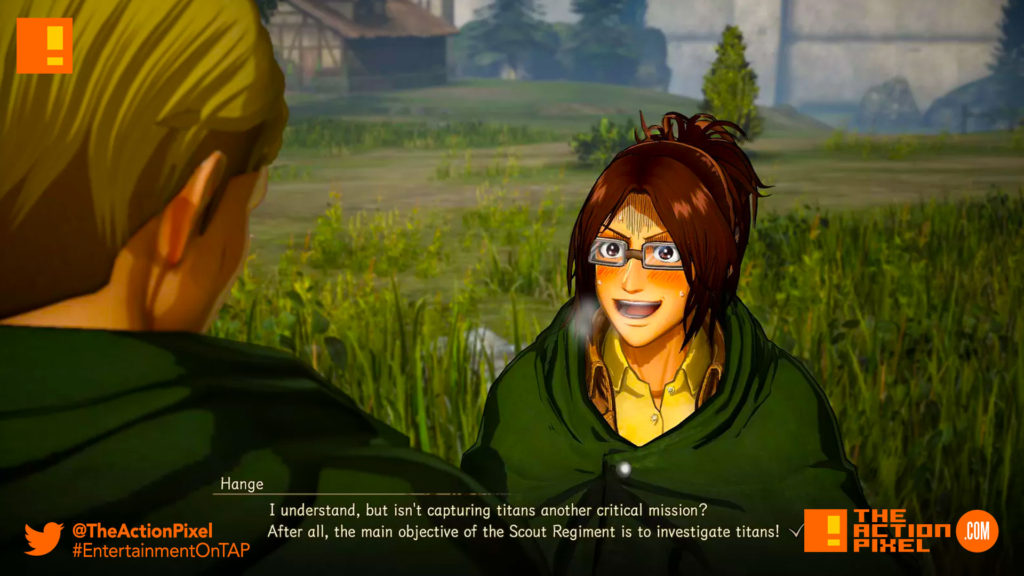 More as news on release dates and promo material get introduced in the coming weeks.

“The Evil Within 2” introduces the masses to the wrathful, righteous Father in new story trailer