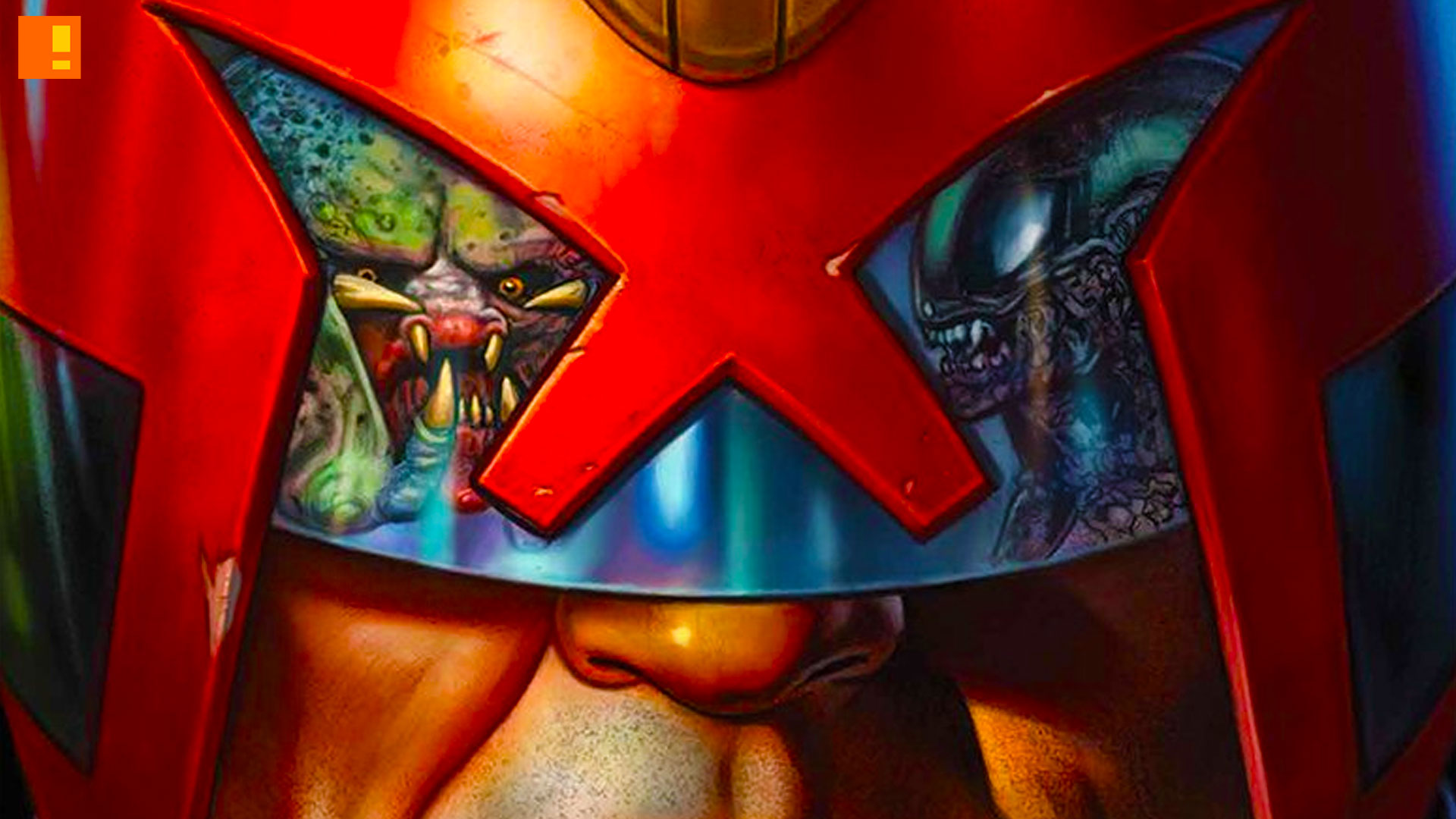 Looks like 2000 AD are kicking things up a few intergalactic notches combining forces with Dark Horse and IDW comics in what arguably is the most ultimate science-fiction crossover ever- Predator vs. Judge Dredd vs. Aliens! 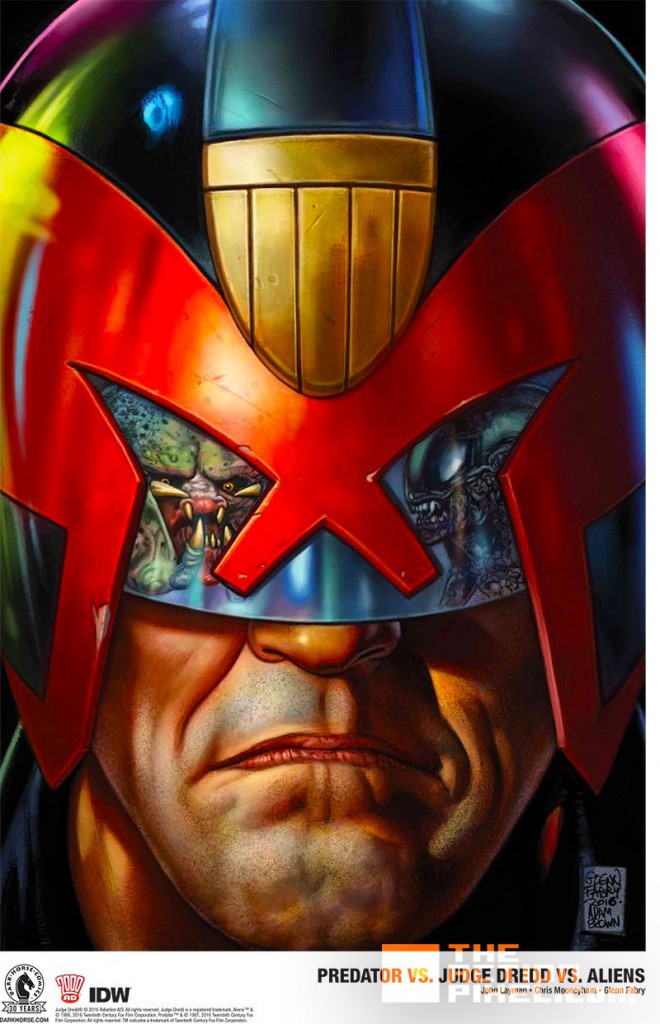 The crossover pits the legendary lawman Judge Dredd against the universe’s supreme hunters, the Predators, as they both try to survive an onslaught by the galaxy’s ultimate killing machines, the Aliens!

Judge Dredd and Judge Anderson have tracked a criminal cult across the Cursed Earth and into the Alabama morass, where a mad genetic scientist with destructive designs has acquired the best genes that evolution has to offer—a xenomorph skull!

A Predator, attracted to the warm climate and superior prey, has declared hunting season as he calls for backup. All paths will cross in a mind-blowing sci-fi showdown with the fate of the Earth at stake!

This really is a dream-come-true project for me. I got to work on Aliens once before—a super cool experience, and one that was always on my creative bucket list. Dredd’s been on the bucket list as well, and you throw Predator into the mix, and it’s a trifecta of awesome. I’m loving every minute of this project so far

There will be four issues total in the crossover event and it is set to hit comic shelves in the summer.