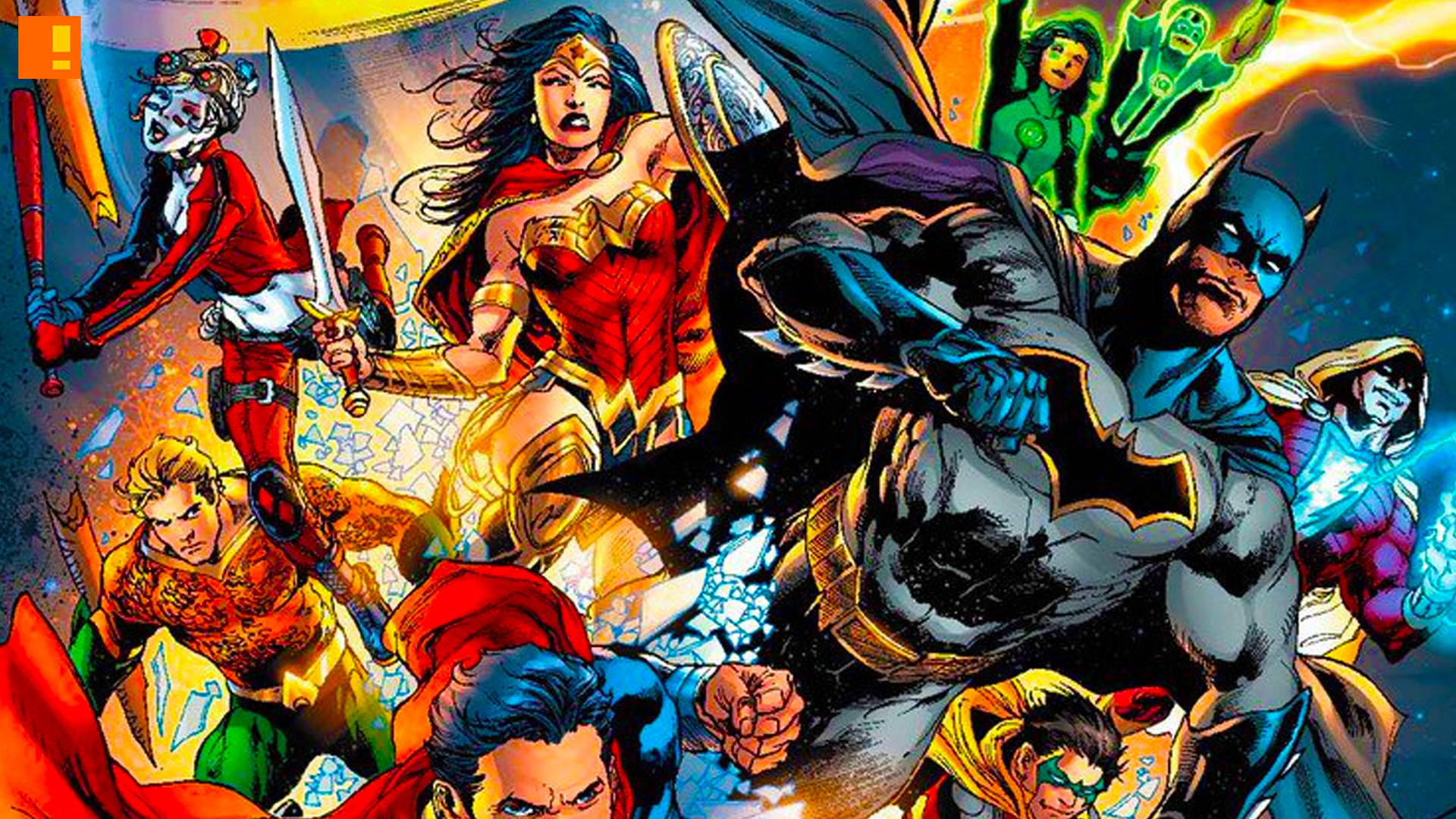 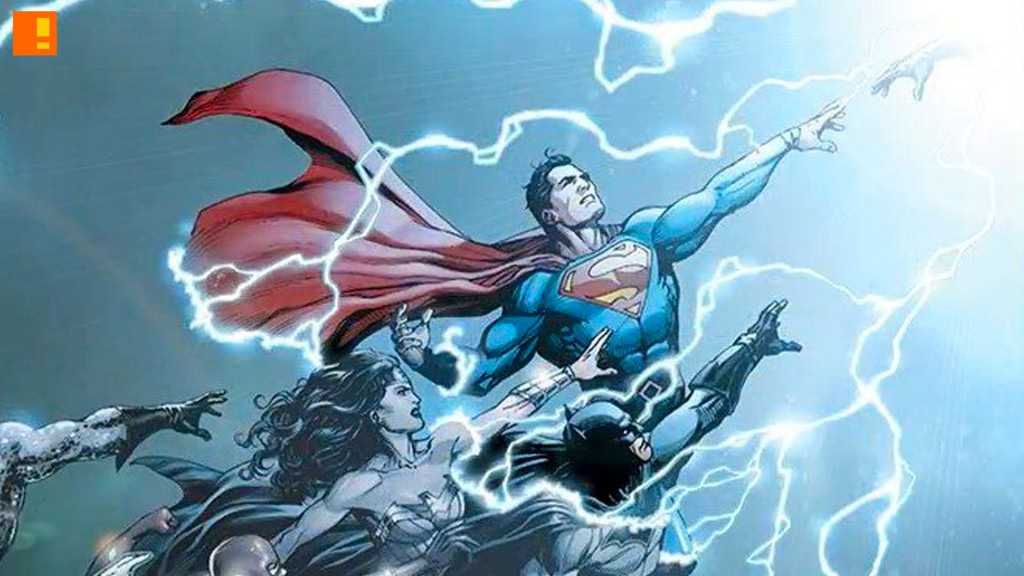 As DC is about to kick start the Rebirth event, DC Comics unveiled the cover of their upcoming free June Previews catalog for their Rebirth event which features a new look at the characters. 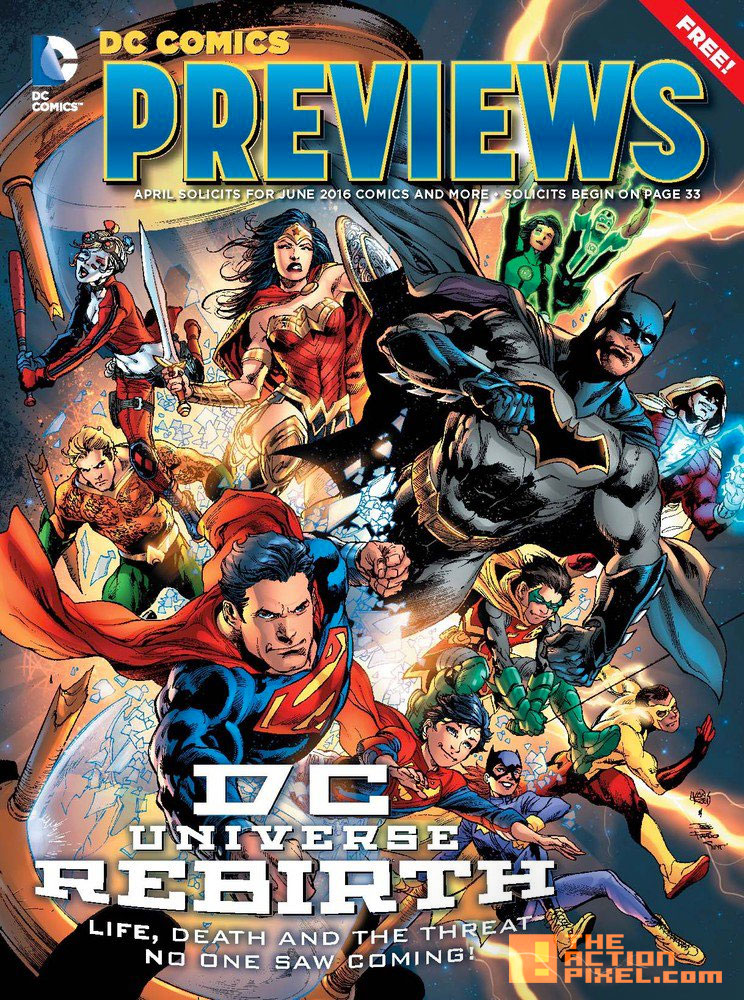 Last month at WonderCon, hundreds of fans in person and hundreds of thousands of fans online were among the first to hear the news about DC Entertainment’s line wide DC Universe: Rebirth publishing initiative, introduction of the new creative teams, exclusive talent signings, new titles and more. DC Entertainment is now giving fans the chance to choose which titles they’ll be picking up in June by making available their June Previews solicits catalog as a magazine, available for free at comic book stores nationwide.

This 96-page full color magazine features details on DC Comics Rebirth titles, as well as June Vertigo titles, new products from DC Collectibles on sale in September and new original graphic novels like Teen Titans Earth One Vol. 2 (on sale August 10), in addition to DC and Vertigo collected editions scheduled for July. In contrast to the digital version of the catalog, this physical version will include bonus behind-the-scenes details on DC Universe: Rebirth, including a foreword/introduction from DC Entertainment Chief Creative Officer and Rebirth “architect” Geoff Johns, details on his DC Universe: Rebirth Special (on sale May 25), Rebirth title roundups and interviews with the artists and writers that will help Geoff re-shape the DC Universe and usher in a new age of epic superhero storytelling.

Written by Johns with art by Ethan Van Sciver, Ivan Reis, Phil Jimenez and Gary Frank, the DC Universe: Rebirth Special gives readers 80 pages of a mystery surrounding the current DC Universe for only $2.99, and will set the table for a complete re-launch of character-specific Rebirth titles, followed by new issue #1’s featuring the heroes and villains that make up this new universe. Beginning in June, 17 titles will ship twice monthly, with an additional 14 titles shipping monthly, all at a new, lower price of $2.99. Throughout the summer and into October, additional titles will get the Rebirth treatment – a Rebirth one-shot, followed by a new issue #1.

More details on DC Universe: Rebirth Special, along with the new title lineup and creative teams can be found by checking out the recording of the live stream from WonderCon, available at the DC Entertainment YouTube channel, or on the DC All Access app, available at the iTunes App Store and Google Play.