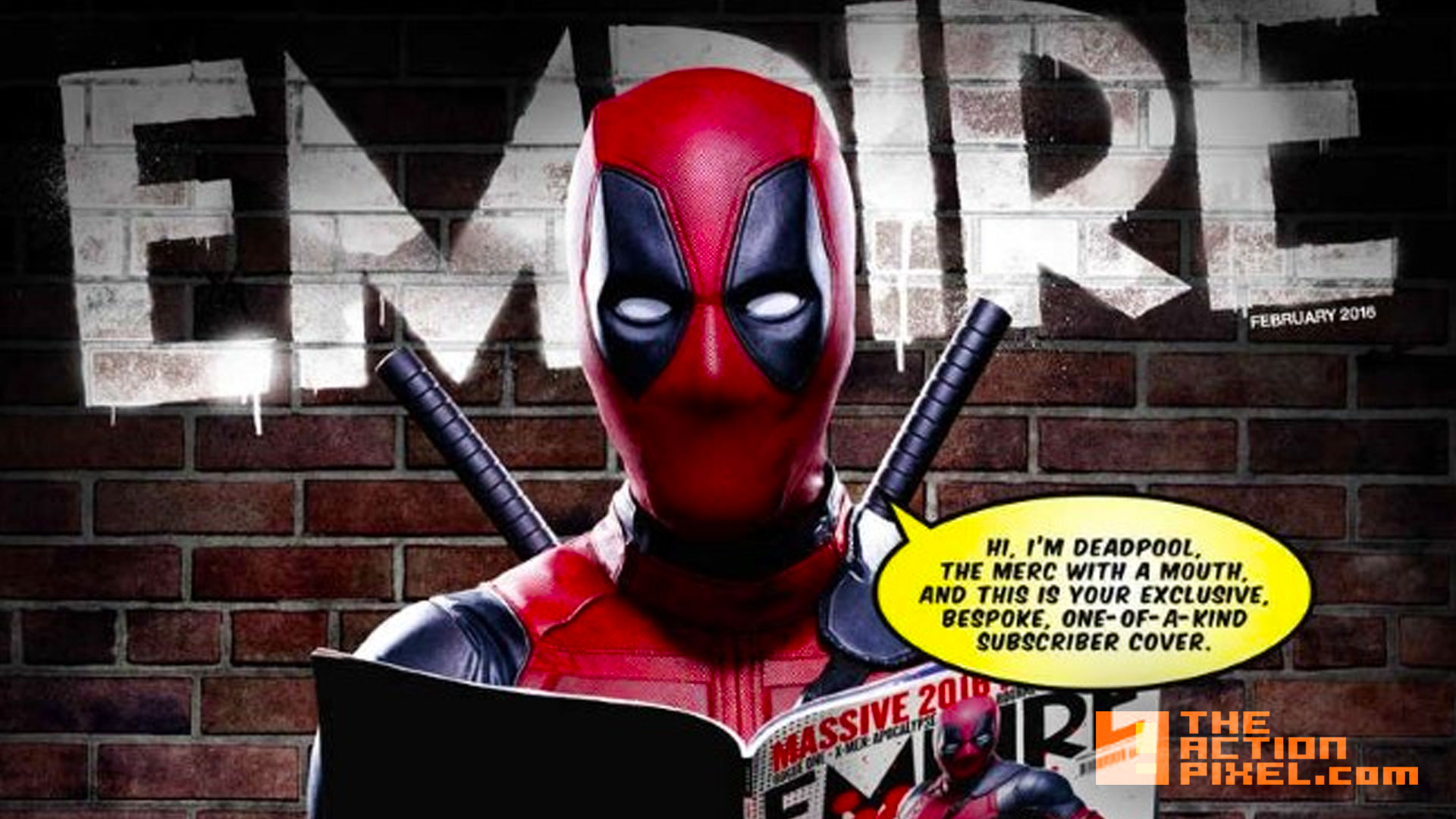 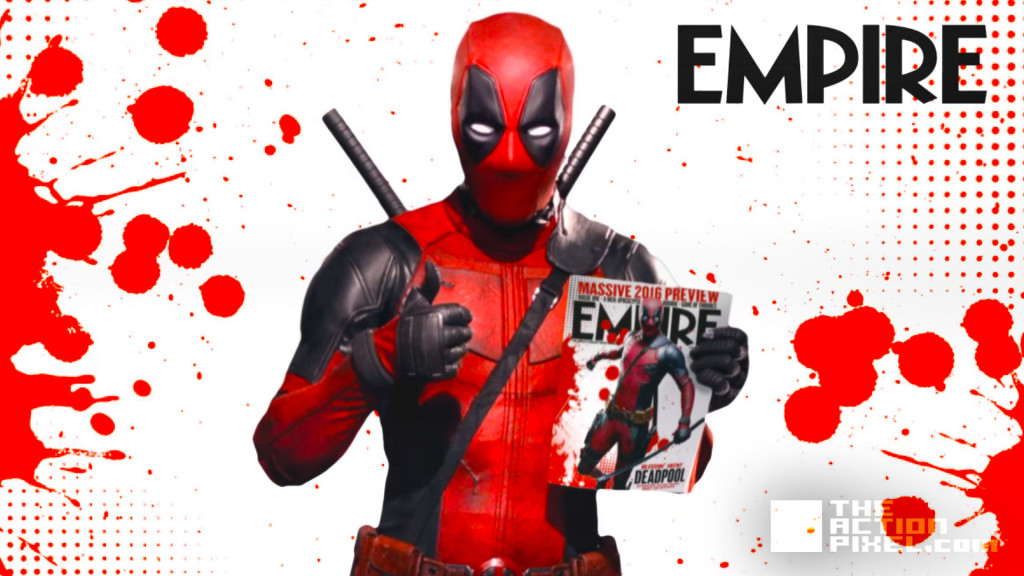 Empire Magazine has revealed their subscriber exclusive Deadpool cover. We have reason to believe that the brick wall behind him is that infamous fourth wall everyone seems fixated on.

Check the cover design below: 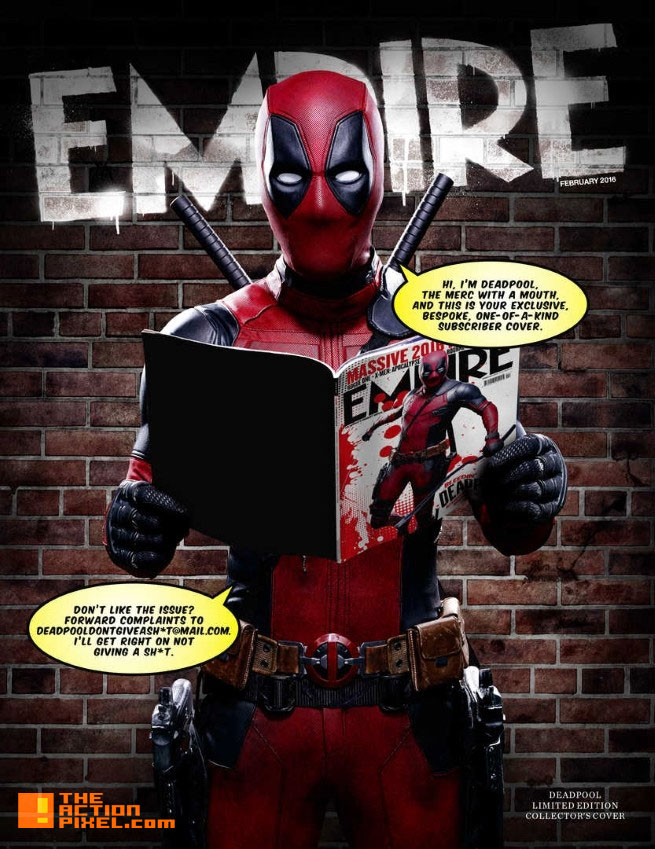 In recent news, Deadpool had a little infomercial teasing his impending Empire hijacking and a 12DaysOfDeadpool promo that gave us a little bit of Wade Wilson-joy in the form of a poster, animated gif, a battle plan, a take over of Empire / christmas list, a festive poster of Deadpool in a sweater, plus a revised script by Wade Wilson himself, a 2015 recap from the mind of a madman and some cool Deadpool emojis. Let’s no forget your brain on IMAX and IMAX poster, plus The ‘Pool Log and trailer’s eve.