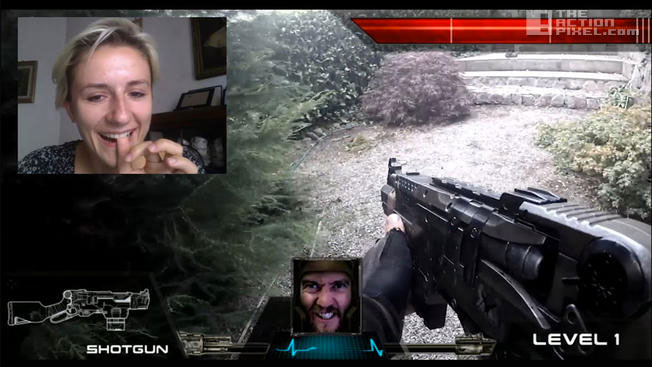 Who ever said ChatRoulette was for tubby weirdos who got off to feet fetishes would have been presently surprised when they connected with Real Pictures stream. The YouTube group went ham and decided to create a live-action zombie FPS game where they controlled the character through voice commands. The video later uploaded to YouTube also captures the ‘players’ reactions and it gets pretty hairy (and hilarious) and points. Run, fat boy run. Lol. Classic.

And that final boss was surely something. And you’ll instantaneously notice that gamers, being the strategists we are, would be the true survivors in any zombie epidemic scenario.

Did put a smile on our face. And that’s rear in survival horror and world wide zombie epidemics. It had some nice detail, particularly using GoPro for the first person perspective, and it was all done pretty much in the creator’s, David Reynolds backyard along with his quirky team.

We created a live action first-person zombie shooter in our garden – then invited unsuspecting people on chatroulette, omegle and skype to take control…

See the Chatroulette version of the game in the player below:

Great job guys. Check out the BTS while you’re at it:

Backwards Compatibility: The future of Xbox