With so many Attack On Titan epicness happening from print to film, the franchise branching out further still. While we wait for the appearance of the colossal titan in cinemas via the live-action film, Attack On Titan is set to be revisit the anime series route. But this time, Eren and the gang are all in high school. 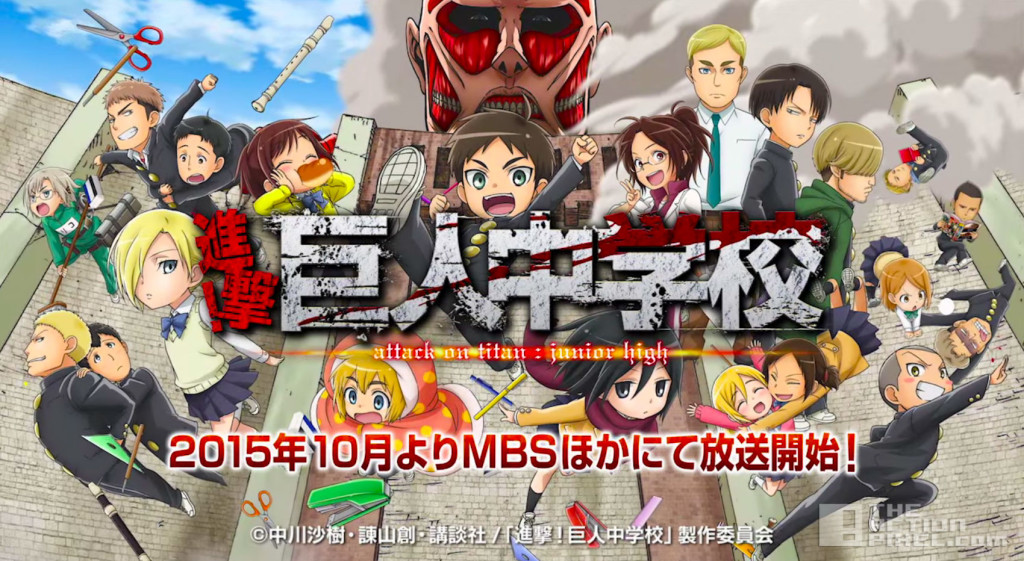 Attack on Titan: Junior High is set to hit Japan later this year, and is an animated series that sees original characters of the prolific manga and resulting anime reimagined as students at Titan Junior High School. Okay, just go along with it.

Check out the cutesy wutesy trailer for of those darned kids and titans in the player below:

Attack on Titan: Junior High is set for release in Japan in October 2015

“So what do you guys think? Should there be more exploration of side stories? Has the ‘Attack On Titan’ team gone franchise-crazy? Or can there not be enough Mikasa to go around? Let us know what you think in the comment section #EntertainmentOnTAP

Kevin Conroy for Batman in The Killing Joke adaptation?

Justice League: Gods And Monsters clip- “Save Or Rule”