A cool new project’s been announced amidst the Anime Expo fanfare from Comcept and Studio 4ºC. 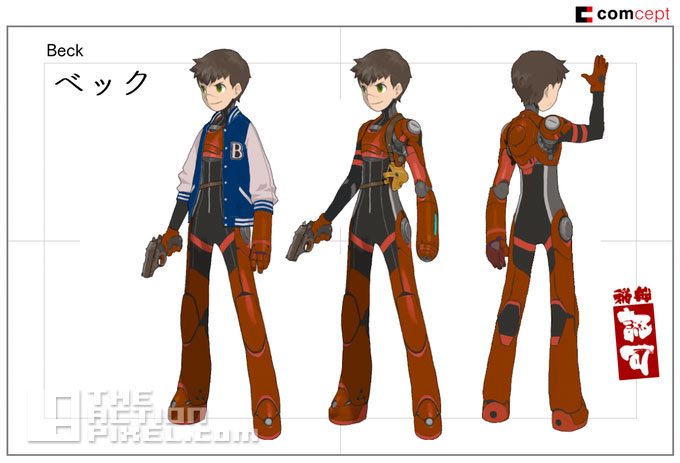 Red Ash: Kiganjō KalKanon no Majo aka Red Ash: The Indelible Legend sets out on trying to be a “true anime in a game”, merging the world of anime and gaming into a seamless project. Red Ash currently has a kickstarter imploring fans to contribute to the game’s creation.

Keiji Inafune, the cofounder of Comcept is also responsible for games like Megaman, so you can have some assurity that this game has the potential to be the bees knees.

Inafune however emphasized that Red Ash has nothing to do with Megaman Legends, as that would require CAPCOM’s permission.

As a result of the Robot World War, humanity is driven to the brink of extinction. Humanity has managed to persevere and survive, battling now feral robotic weapons at every turn in a world of nothing but wasteland and ruins…

With the advent of Lost Technology, precious legacies of a forgotten era, they have managed to rebuild their society. A wealthy class has emerged, helping to expand these newly formed cities and settlements and living in opulence as a result.

However, their livelihoods are supported by the brave fools who hunt the dangerous ruins and wastelands for Lost Technology. These people are known simply as Delvers.

Check out their pitch video here: