Batman V Superman: Dawn of Justice trailer from Comic Con recently, you mave have gotten a glimpse of a very Steampunk-y Batman parrying off enemies in a very Sahara Desert climate?

And an image of a quite different Batman has hit the Interweb showing off his threads, equipped with heavy-duty jacket and goggles. Check it: 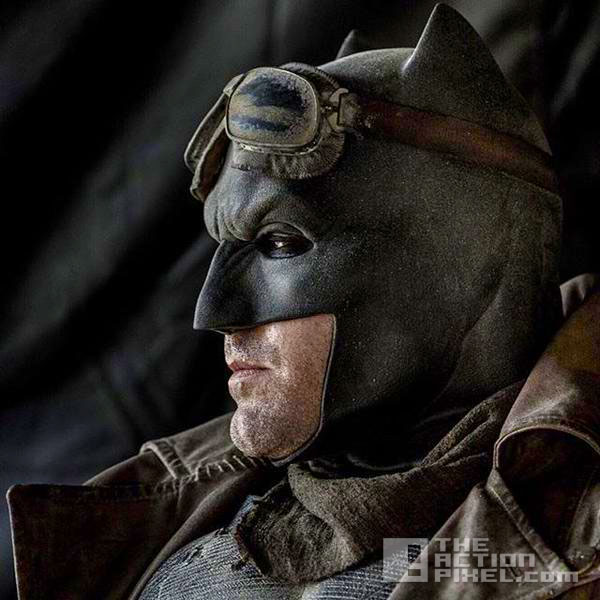 From first glance it seems much of the inspiration for this costume comes from Batman By Gaslight, which looks at a more gothic, steampunk version of Batman born of an earlier period.

And with the anti-supes suit hailing from Frank Miller’s DKR with a bit of LEGO Batman in their, Snyder’s afflatus is ever expanding.

See the Comic-Con trailer for Batman V Superman: Dawn Of Justice in the player below: