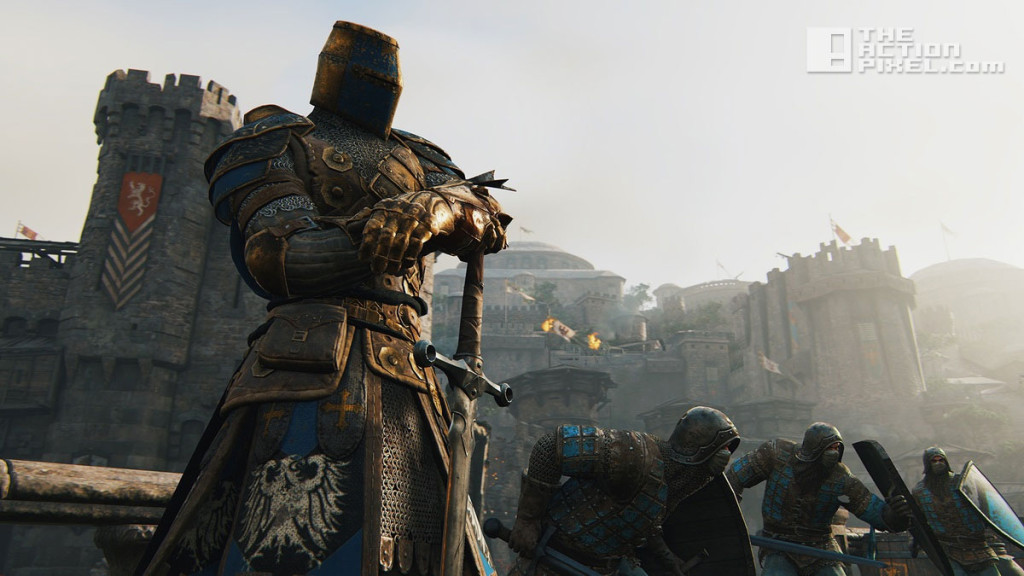 You’ve seen Ubisoft’s World Premiere trailer for For Honor, now it’s time to take in the visual feast that is the Gameplay trailer.

For Honor is an MOBA’ish’ game and allows gamers to become and control one of three bands of history’s most ruthless warrriors- Samurai, Viking or Knight. Pretty intense, brutal stuff, and if your a slasher type gamer and like to cruise through without much strategy to your gameplay, you may want to brush up on your Sun Tzu if you plan on tackling For Honor, or you may just be left without honor. Now go fall on a sword, hope you take flight with the Valkyries or perform ritual suicide, depending on your character choice. Ah, warrior suicide customs.

Straight from E3 2015 watch the first multiplayer gameplay trailer of For Honor, a fast-paced competitive experience mixing skill, strategy and team play with visceral melee combat. Choose among three warrior legacies: Samurai, Vikings or Knights. In the heat of battle, coordination and communication within your band of warriors will make all the difference as you support allies, capture control points, and slaughter enemies.

See the gameplay trailer for For Honor in the player below:

For Honor is slated for release on Xbox, Playstation and PC