Marvel made a big announcement re the future of Spider-Man in their comics. Miles Morales will be the main Spider-Man of the Marvel Universe. 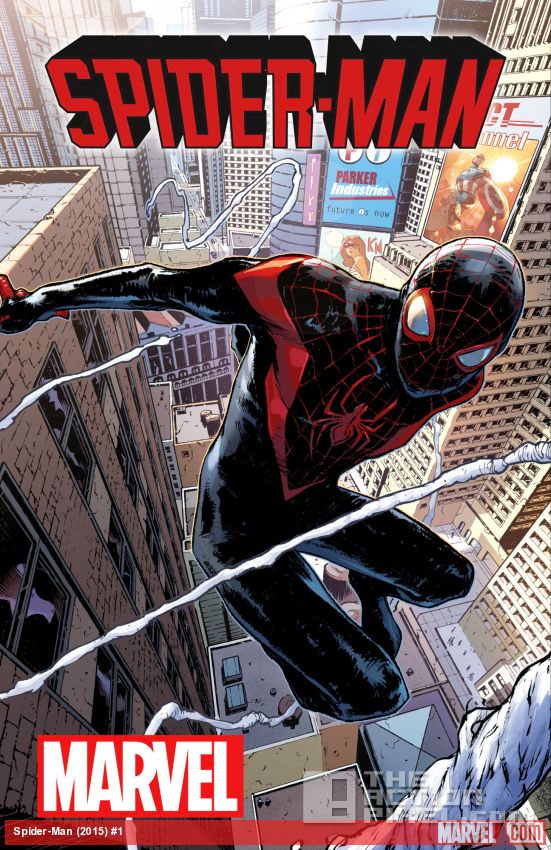 Ultimate Universe’s Spider-Man Miles Morales took on the mantle of Spidey after the death of Earth’s Peter Parker, and quickly became a fan favourite. Now Morales is set to head up the All-New All-Different Marvelverse as the main Spidey.

For our baby to have grown up and flat-out earned his place in the Marvel Universe, as Spider-Man, is frankly so much more than we could have hoped for when we first sat down to design him and his life. When it became clear that I was going to follow Miles into this new adventure, I was really hoping that Sara [Pichelli] would see the value in it being both of us that do this together. I was thrilled that she agreed immediately.

Sara Pichelli, one of the first artists to create the new Spidey’s look, had this to say:

In 2011, when I worked on the very first issues of the Ultimate Spider-Man book, I couldn’t even imagine that I was helping create what quickly became an instant-classic. I feel proud and lucky at the same time that Brian and the Marvel team chose me to be part of that.

“Peter Parker definitely cannot be replaced, but fans for the most part aren’t looking for a ‘replacement’, but enthralling narratives and providing a new point of view which will potentially do wonders for Marvel going into a new era. Or do you think change would be better suited if Marvel created a whole new character instead of one taking the mantle of the Spider? Let us know you thoughts in the comment section.”

Marvel and Sony have found their Spider-Man in Tom Holland; Director also confirmed