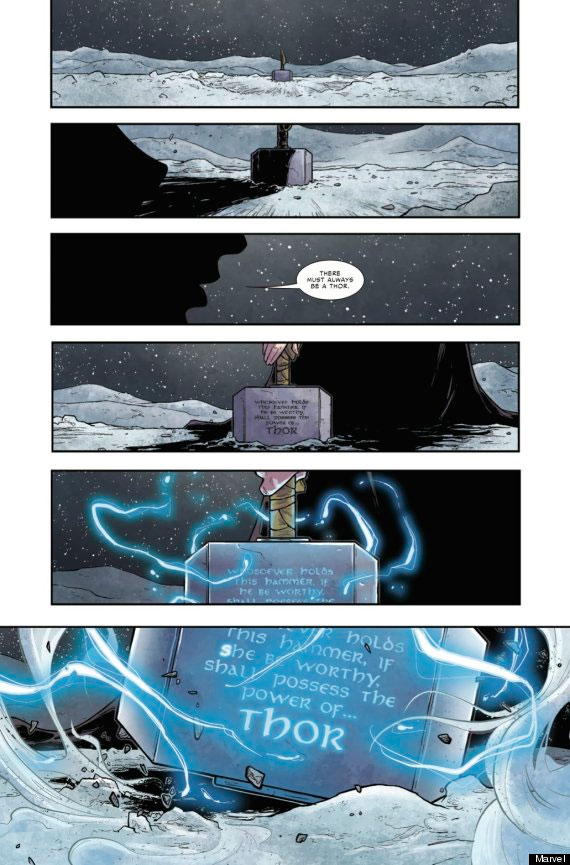 Thor’s true identity has been unknown since her adoption of the Hammer. And to this point she has proven more than worthy to carry the mantle. Now Marvel has revealed another card in its deck with Secret Wars: Thor’s real identity.

Can we expect some Xorn / Magneto debacle with the reveal? Thankfully, no.

Her name is Dr. Jane Foster. A human. And this is her: 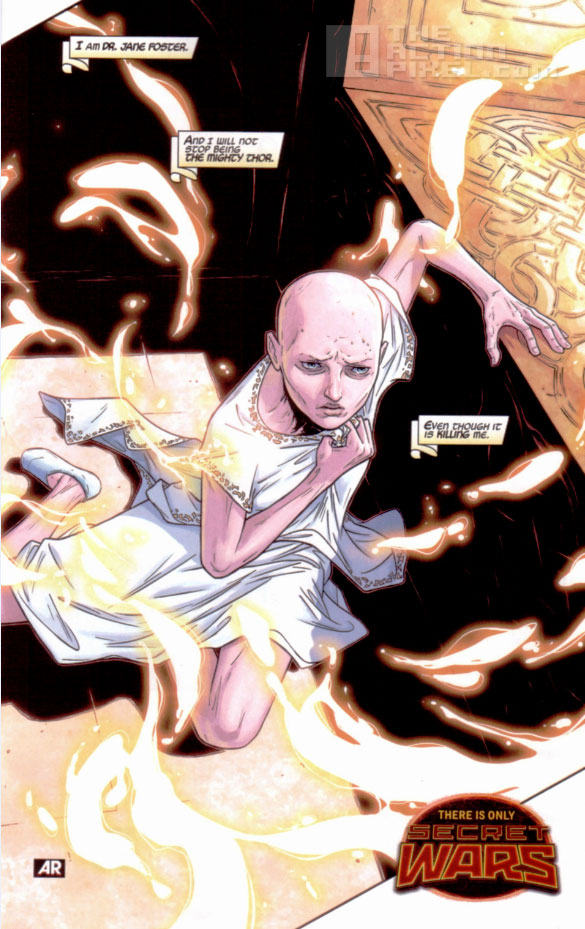 A lovely DC Billy Batson / Captain Marvel paradigm, that even the ‘weakest’ of us have power inside. We just hope its not Marvel’s pretext for getting rid of the female Thor after the dust settles in Battleworld. Worst when she says

and I will not stop being the Mighty Thor, even though it is killing me

“What says you about Jane Foster as Thor. What do you think her condition might be? Do you think Marvel is already cutting short the reign of the Goddess Of Thunder? Let us know in the comment section.”