David Ayer took to Twitter revealing both Will Smith in full guise as Deadshot for the coming DC Comics’ Suicide Squad feature, as well as the whole cast. We figure he’s making up for the Joker image that mad Jack Nicholson cry. Not to mention these pictures look like the real deal, not a photoshopped job like Jared Leto’s Joker image.

The Joker’s absent in these little photos, which, coupled with everything surrounding what got released re the Joker image, leads us to believe David Ayer’s holding his hand.

Check out the production photos for Suicide Squad below: 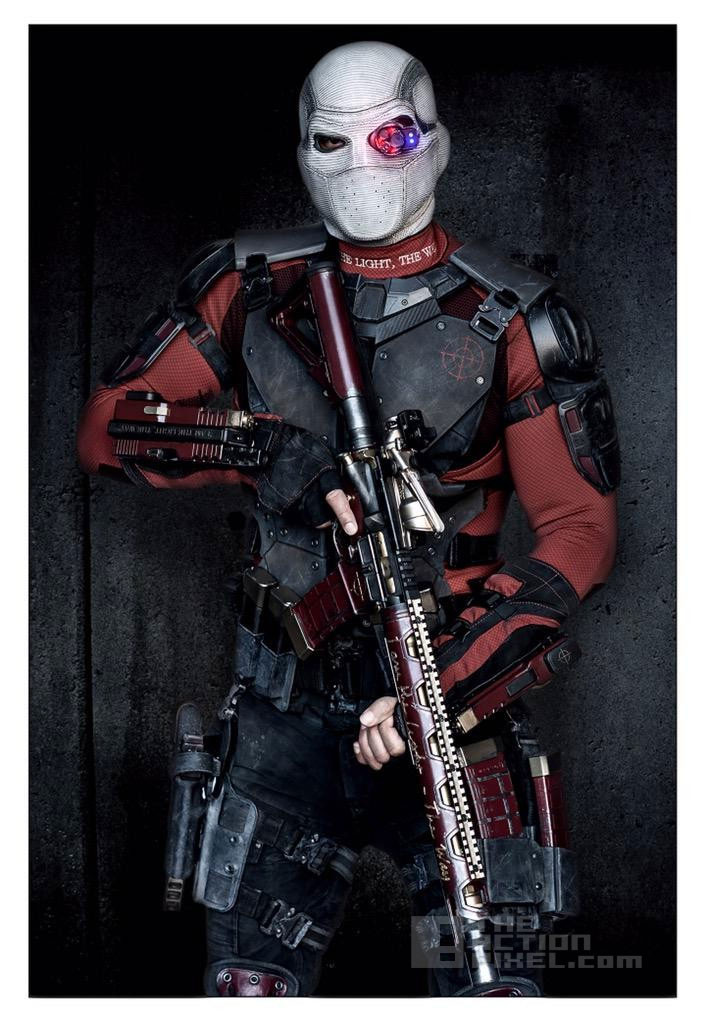 “We have to say Task Force X is looking the part. What do you think of the get up for the Suicide Squad? Or Deadshot’s colourful sight? Or how about that Quinn? Let us know in the comment section!”