Seeing The Avenger‘s is doing it rounds in the cinemas of the world, Marvel presses on with their other endeavour even amidst the celebration of Avengers world record-breaking release. And while Iron Man is stealing credit for creating Ultron (which, even knowing they are made-up characters, rubs me the wrong way) we know who is responsible for earth’s near decimation and the technological feat- Ant-Man.

It was a couple weeks back we got a better look at Ant-Man’s nemesis in the form of Yellowjacket, but now the coming film has a new poster. Check it out: 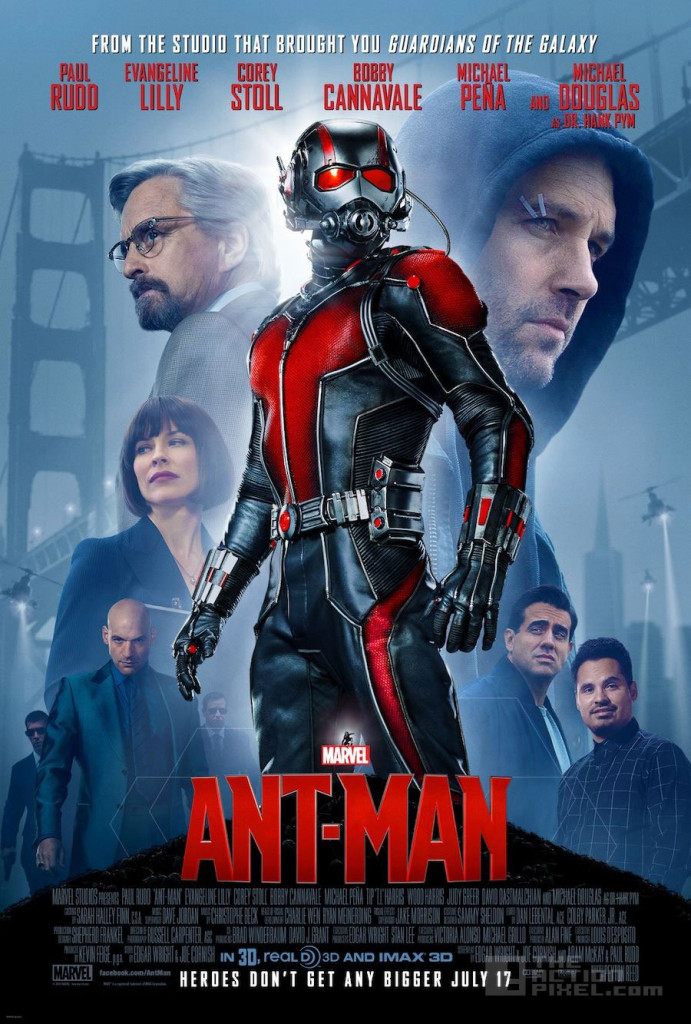 Also if you have not seen it yet, check out the latest Ant-Man trailer here:

Tom Hardy wants to be Marvel’s Punisher in the MCU

The Strain Season 2 trailer and poster