DC Comics new initiative is set to going into overhaul and seems to run on the premise of being more fan-orientated. Therefore the campaign being dubbed DCYou.

DCYOU is set to focus on “the New DC Universe (DCU) line of comic books, and reinforces [DC’s] commitment to creating a diverse offering of titles – something for everyone”.

The campaign will also be focusing on putting newer titles to the forefront, giving a little limelight to more diverse characters. Most notably will be Midnighter, the first gay hero on a major comic publisher:

DC Entertainment will highlight its iconic characters, like Batman, Superman and Wonder Woman, as well as popular characters, such as Batgirl, Black Canary, Bizarro, Cyborg and Starfire.

Beginning June 3, the new DCU will consist of 24 brand-new series as well as 25 on-going, best selling fan-favorite series, resulting in the most ambitious DC Comics lineup-to-date. Celebrating the new direction of the DC Universe, the DC YOU advertising campaign will focus on four main themes:

• Talent – The campaign will spotlight top writers and artists, as well as emerging fresh voices, who are on board to help create an expansive line of comics that appeals to a broad audience of fans. Comic talent featured in the campaign include Batman’s Scott Snyder and Greg Capullo, Superman’s Gene Luen Yang and John Romita Jr., Justice League’s Geoff Johns and Jason Fabok, Justice League of America’s Bryan Hitch, Black Canary’s Brendon Fletcher and Annie Wu, among many others.

• Stories – The campaign will engage the readership, showcasing the diverse range of styles and genres as well as approaches to storytelling across the New DCU through various taglines, such as Are YOU ready to laugh?, Are YOU ready to hashtag this?, and Are YOU ready for the new awesome?

• Fans – As the campaign name suggests, the New DCU is first and foremost about our fans and our commitment to creating great stories for all fans. The campaign will celebrate life-long fans as well as those new to comics.

Among social media interactivy and fan engagement come comic con, DC as part of the DCYOU initiative plans to give comic book retailers weekly promotional packs filled with collectible items inspired by the New DCU line of comic-books. These items will include posters, masks, temporary tattoos, stickers and are sure to encourage fans to visit their local comic book shop each week.

And here is so promo art of the characters you can expect at the froefront of the new initiative, including a new Batman (that was Commissioner Gordon in the mech suit), Cyborg, Starfire, a glasses-less Superman and Bizarro. Are you (un)ready?: 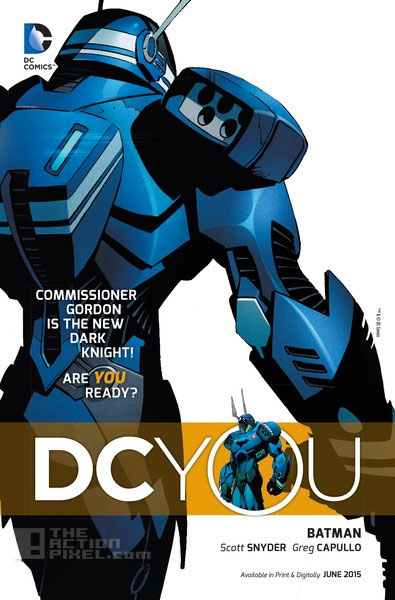 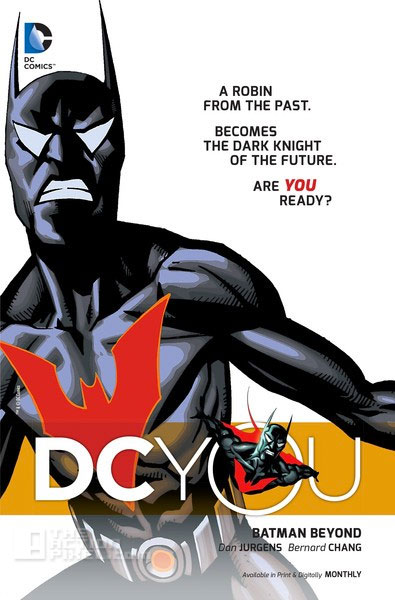 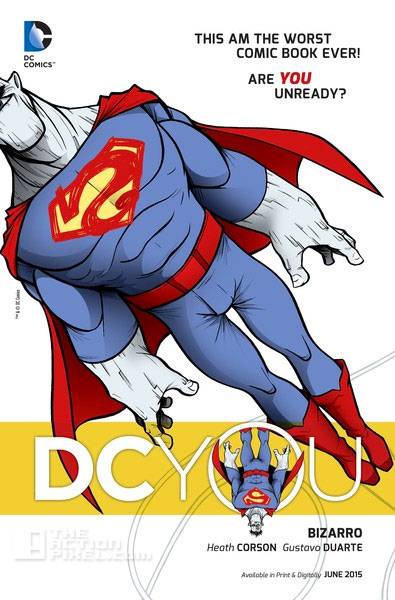 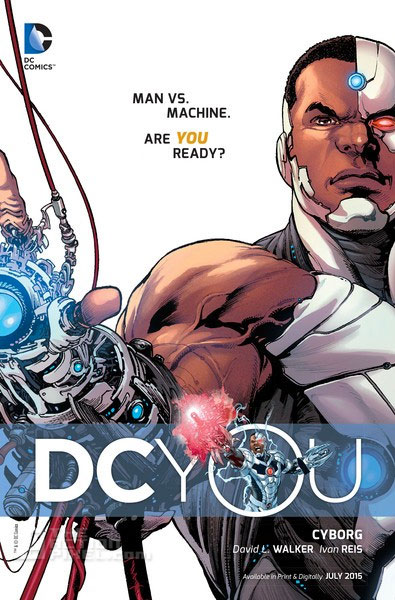 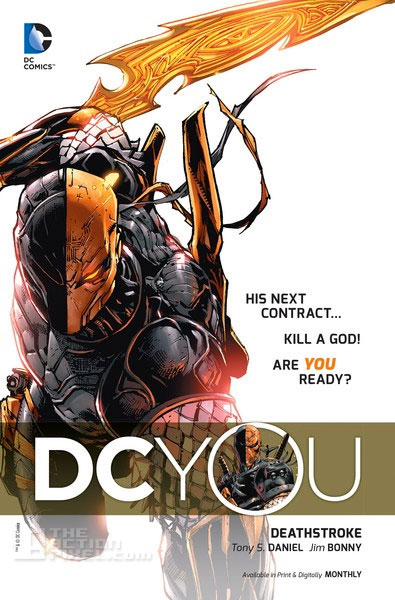 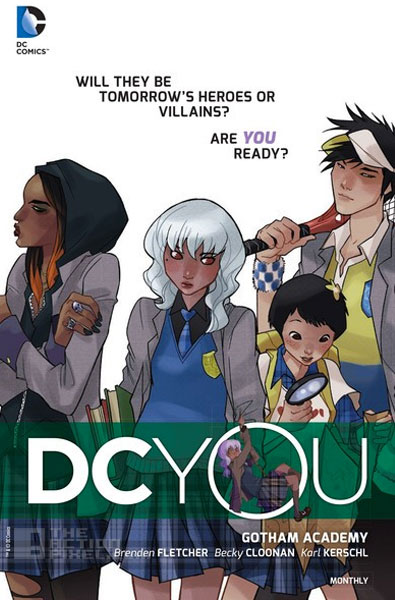 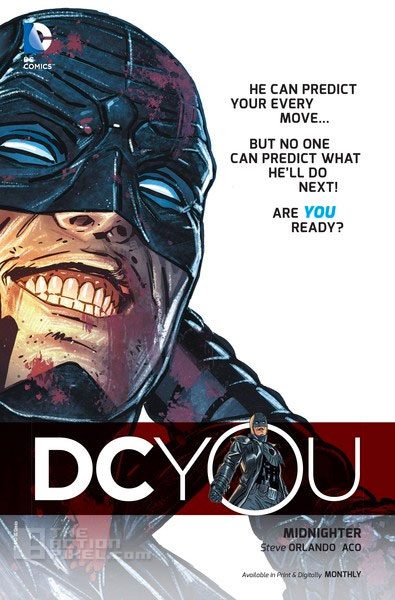 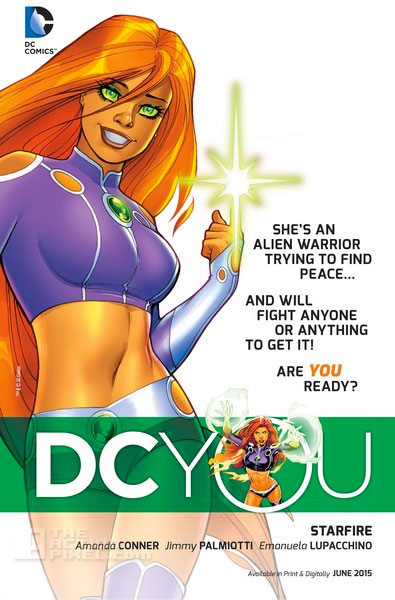 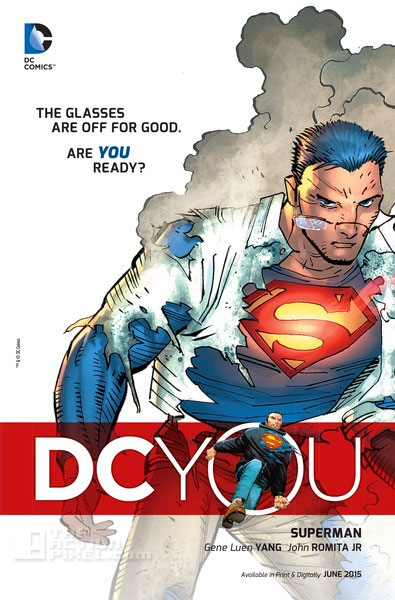 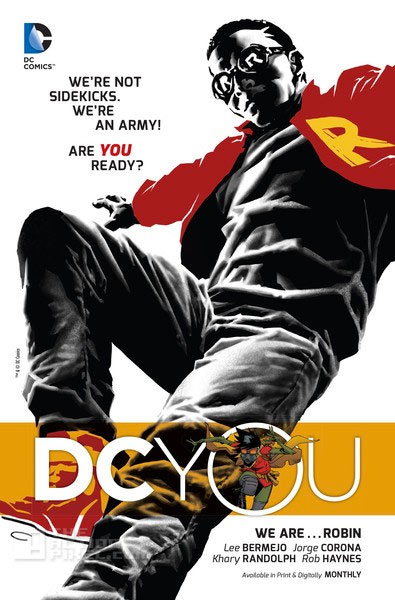 It seems DC and Marvel are thinking on the same wavelength, as Convergence< and Marvel’s Secret Wars seek to do some heavy handed destruction to the respective comic universes before building new title, and initiatives. For Marvel, it is New MU.

“We have to say that Superman title seems the least bit intriguing. How pompous is he.I don’t have my glasses anyone. Stop the Daily Planet presses! But all kidding aside, what title are you looking forward to get your hands on? And what do you think of DCYou? Sustainable enough to last? Or will things be cut back if it proves not to be as effective as forecasted by DC bigwigs? Let us know what you think in the comment section.”

Phil Lord speaks on the progress of The Flash feature